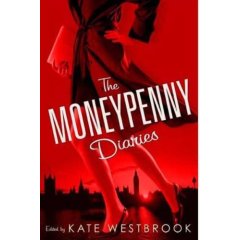 Doesn’t quite have the same ring as James Bond, does it? But what if Miss Moneypenny, M’s personal assistant who is usually portrayed in the Ian Fleming books and the movies as subserviant and madly-in-love with Bond, was actually much more influential? What if she was the one who saved Bond on more than one occasion and went on missions that were critical to the security of the free world? Set mostly during the Cuban Missile Crisis and cleverly tied to real, historical events as well as incidents from the Fleming novels, The Moneypenny Diaries are written as if they are actual diaries recently discovered by Moneypenny’s niece. This is alternative history with a twist – alternative fictional history if you will. This is the first of a trilogy of the adventures of Moneypenny, already published in England.