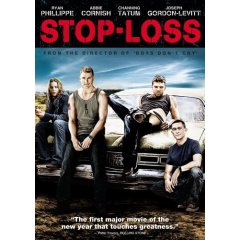 Stop-Loss – Starring Ryan Phillippe, Abbie Cornish and Joseph Gordon-Levitt. Decorated Iraq war hero Sgt. Brandon King makes a celebrated return to his small Texas hometown following his tour of duty. He tries to resume the life he left behind. Then, against Brandon’s will, the Army orders him back to duty in Iraq, which upends his world. The conflict tests everything he believes in: the bond of family, the loyalty of friendship, the limits of love and the value of honor. Includes commentary, featurettes, making-of documentary, deleted scenes, and more. IMDB 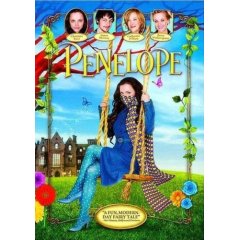 Penelope – Starring Christina Ricci, Reese Witherspoon and James Mcavoy and Peter Dinklage. In a modern day romantic tale, Penelope is about a young girl’s inspiring journey, a mysterious family secret and the power of love. This is the story of Penelope, who is the victim of a curse placed on a wealthy family by a witch. Many generations ago, a witch placed a curse on the Wilhern family that would result in the next girl being born into the clan having the face of a pig. The otherwise-normal girl Penelope is forced to endure life with a pig’s snout instead of a conventional nose, which has sent many a potential suitor running off into the streets, shouting in terror. Eventually, she runs away from her sheltered existence and overprotective parents, to explore the world on her own. As she meets new friends and a potential lover who doesn’t run away, she begins to discover happiness – while all the while her parents believe the only way she can be happy is through an arranged marriage, which will hopefully break her curse. IMDB.

Other releases for July:

Step up 2, The Streets