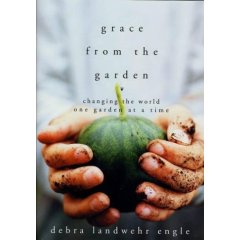 Grace from the Garden by Debra Engle talks about gardening of course, but really it’s about how people pulling together can make a difference. These graceful essays show how gardening and gardeners, in all their wide diversity, affect lives and make the world a little friendlier. Some of the projects described include:

-“Garden Angels”, a group of volunteers who install and maintain small gardens for elderly who are no longer physically able to

-The story of the Portland Memory Garden, built for people suffering from Alzheimer’s and their caregivers

Gardens, whether big or small change, heal, and draw people together making the world better for all of us. 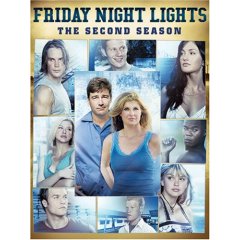 Great acting, brilliant writing, innovative cinematography and multiple compelling story lines combine to create one of the best – maybe the best – show on television. And let me be very clear about this – it’s not about football. Yes, yes, I know, the show revolves around the ups and downs of the football team from Dillion, Texas and high school football reigns supreme in this small town. But in reality it’s about people, the choices they make and the consequences these choices have on them and the people around them.

Now is your chance to get caught up – the Davenport Library has both season one and season two available for checkout. Don’t miss out! 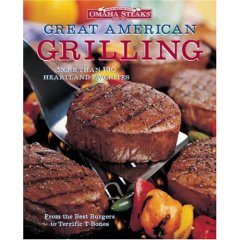 Finally! Warmer weather! Time to fire up the grill and cook some meat! Omaha Steaks The Great American Grilling Book is just the book to get you started (and salivating!) The emphasis here is on – duh – beef, but there are also loads of recipes for pork, chicken, lamb, fish and seafood. A whole chapter is devoted to gourmet burgers and kabobs. Vegies also get their share of attention as well as starters, rubs, sauces and marinades; there’s even a section on desserts.

No more excuses for the same old burgers and chicken – try something new!

Young and wealthy, a secure position in society and recently widowed, Lady Emily Ashton enjoys a degree of independence that many Victorian women do not. She spends her time studying Greek literature, avoiding marriage proposals and traveling. Set in the late-Victorian era, this deft historical mystery is peopled with interesting, complex characters, witty conversations and an engaging mystery involving the theft of items once owned by Marie Antoinette. Fun and clever with just a touch of romance, this book will keep you turning the pages a fast as you can read.

A Poisoned Season is the second in the series, following And Only to Deceive. The third title, A Fatal Waltz arrives later this month. 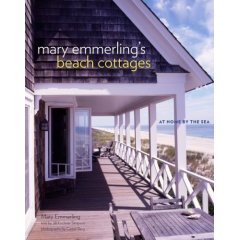 There is something about water, the ocean in particular, that draws people. We want to explore it, watch it, live near it. With Memorial Day past, and summer unofficially here, now is a great time to plan/fantasize about that vacation home on the beach.

You might want to start with Mary Emmerling’s Beach Cottages. Filled with gorgeous photos, the houses featured range from formal to casual, historic to modern with a wide variety of decorating styles. The common denominator throughout though is water – crystal, sparkling blue water. It’s not hard to imagine the gritty feel of sand underfoot, the salty tang of the ocean in the air, the call of gulls overhead.

It’s almost as good as being there.

Just a reminder that the Davenport Public Library will be closed today in observance of Memorial Day. Both buildings will reopen tomorrow at their regularly scheduled time. 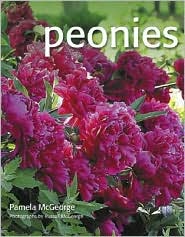 To many people, the last Monday in May signals the unofficial start of the summer season, but its origin is somewhat more serious. First observed to honor the fallen soldiers of the Civil War, Memorial Day has evolved to honor all men and women who have died in military service. Its original name, Decoration Day, reflects the purpose of the day – to decorate, with flags and flowers, the graves of soldiers and family.

I still remember tagging along with my grandparents as they would load up the car with clippers, trowels, jugs of water and pots of geraniums and drive to two or three tiny rural cemeteries where various members of the family have been buried. Memorial Day was an ideal time to neaten up the gravesite, add some colorful flowers and take a few minutes to remember. Many of the graves in these old cemeteries were decorated with plantings of iris and peonies. In fact, peonies used to be called Decoration Day flowers, they are such reliable late May bloomers.

Peonies are easy to add to any garden, big or small. They’re beautiful, fragrant, easy to grow, virtually care free. And they have the added bonus of making excellent cut flowers. Find out more about the breathtaking variety available and get lots of ideas of how to add them to your landscape in Peonies by Pamela McGeorge which is loaded with beautiful photos and excellent advice. (And no, ants aren’t a problem with peonies. Don’t get me started!)

Now, let’s get on with summer! 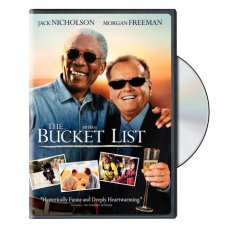 Bucket List – Corprate billionaire Edward Cole and working class mechanic Carter Chambers have nothing in common except for their terminal illnesses. While sharing a hospital room together, they decide to leave it and do all the things they have ever wanted to do before they die according to their bucket list. In the process, both of them heal each other, become unlikely friends, and ultimately find the joy in life. IMDB 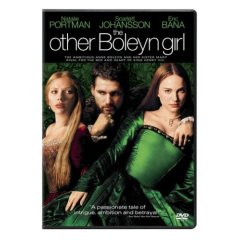 The Other Boleyn Girl – A sumptuous and sensual tale of intrigue, romance and betrayal set against the backdrop of a defining moment in European history: two beautiful sisters, Anne and Mary Boleyn, driven by their family’s blind ambition, compete for the love of the handsome and passionate King Henry VIII. IMDB 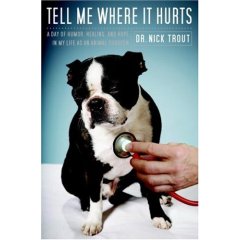 Follow Dr Trout as he describes what might happen during one of his days, complied from 25 years of experience as a veternary surgeon, as he treats pets and their owners. Part social worker, part psychologist, part magician, Dr Trout treats his patients with humor, compassion and skill.

While these stories are a mix of funny and heartbreaking, Trout also touches on several of important issues facing the industry including the cost of pet care, what’s best for the animal and the inevitable decision of when to say good-bye. Pet owners everywhere will wish they could call Dr Trout for information, advice and a good story. 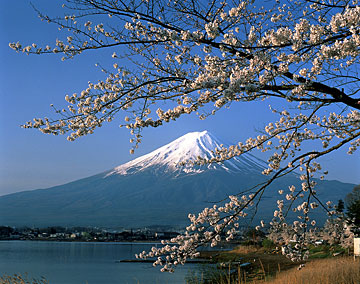 Japan, with it’s dramatic history and exotic culture, has always fascinated Westerners. Catch a glimpse of Japan through these books.

The Tale of Murasaki by Liza Dalby. This brilliantly imagined memoir of Murasaki, author of the world’s first novel, is filled with details of 11th century Japan and the intrigues and politics of court life. Dalby successfully introduces and makes familiar a very distant, very foreign time and place.

Autumn Bridge by Takashi Matsuoka. Rich and vivid, this novel, set during the waning days of Japan’s feudal age, follows the story of a clan whose members can see into the future. An epic tale of swords, sorcery and honor.

Memoirs of a Geisha by Arthur Golden. Long-time favorite of book clubs everywhere, Memoirs of a Geisha follows the life and fortune of a girl who became a geisha, set at the end of the golden age of geisha. Filled with fascinating details of the private world and hardships of a geisha, it is also a beautiful love story.

The Strangeness of Beauty by Lydia Minatoya. Etsuko returns to 1930s Japan with her orphaned neice after having lived in the United States for several years. This book follows three generations of women living in a country on the brink of war.

December 6 by Martin Cruz Smith. Just days before Pearl Harbor, Harry Niles is making plans to leave Japan on the last flight to Hong Kong, but first, there are some loose ends to tie up. An evocative snapshot of a unique time and place, and a hero that hides a sentimental heart under a shield of cynicism.