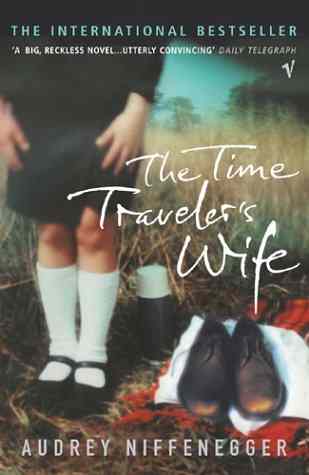 Audrey Niffenegger’s Time Traveler’s Wife will be released as a movie starring Rachel McAdams and Eric Bana on August 14th. This combines two excellent genres – novels featuring librarians and time travel. (There can never be enough stories about “hip, handsome” librarians).  Henry works for the Newberry library in Chicago and involuntarily pops up in his own past and future.

Add to this, time travel as an “impossible romantic trap” and you have box office magic. Consider the romantic traps inherent in movies such as Somewhere in Time, The Lake House and The Curious Case of Benjamin Button. When your lover is aging at a different rate or is in a different time zone, so to speak, it makes for a relationship complication.

So, here’s your chance to expand your travel choices – really expand them. Outside our time/space continuum. 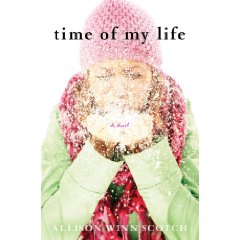 What if you had the chance to live your life over? Would you make the same choices? Marry the same person? Work the same job? How different would your life be now, and where would you be? These intriguing questions are at the center of Allison Winn Scotch’s Time of My Life when Jillian Westfield gets the chance to re-live part of her past.

Mired in an unhappy marriage, feeling trapped by her “perfect Mommy” image, Jillian finds herself dreaming of her former boyfriend and how different he was than her husband. While life with Henry was steady and reliable, life with Jackson had been exciting and fast-paced, and her career had begun to take off. She begins to believe that if she had stayed with Jackson everything would be glamorous and fun.

One morning Jillian wakes up seven years in the past, before she left Jackson, before she married Henry, before her daughter was born. Now armed with 20/20 hindsight, she aims to get things “right’ this time. But it’s not as simple as she thought – the absence of her daughter is a sharp, constant ache, the fast-paced job isn’t as alluring as she’d remembered and fond memories of Henry keep returning. There are poignant moments too, such as when she sees her friend Meg who, in her former world, would die is a couple years, and when she runs into the current Henry and realizes she’s still in love with him. Can she change the course of her life and the lives of those she loves? What might appear to be a simple chick lit is in fact a thoughtful look at choices and consequences and living the life you’re given.