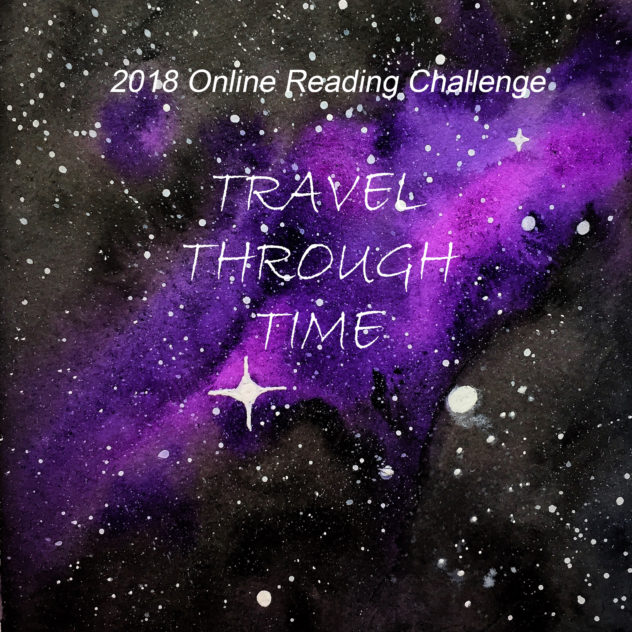 Welcome to the first month of the 2018 Online Reading Challenge, Travel Through Time. In January we are traveling to Tudor and Renaissance times.

“Tudor” as a time period is defined from 1485-1603 when the Tudors (Henry VII, Henry VIII and Elizabeth I) ruled Britain. As always with the Online Reading Challenge, I’m interpreting this pretty loosely; if you’ve had your fill of Henry the Eighth and his many wives, try looking further afield and read about something set during the Renaissance (which runs approximately from 1300-1700) and encompasses Europe as a whole. That’s a lot of time and a lot happens – the flowering of the arts and sciences, the lives of many great personalities, great social and religious upheaval (thanks, Henry), the age of exploration. For boring, practical reasons, our focus is largely on Europe simply because those are the books we tend to have. But by all means, if you are interested in Asian history (the Ming Dynasty and the Ottoman Empire, for example) or any other region, please feel free to read that (and tell us about what you find!)

There is no shortage of books set during the Tudor era – apparently the fascination with British royalty is a long one! Philippa Gregory is one of the more prominent – and prolific – authors writing about the Tudors. Her books tend to focus on the emotions that impacted decisions and life choices and they are told from a woman’s point-of-view. For many if not most of these women, there is very little know about them other than who their parents were, who they married and what children they bore. Gregory puts herself into their shoes and imagines their everyday lives and difficult decisions they were forced to make in a world that had little use for women. My favorite of Gregory’s titles (that I’ve read) is The Other Boleyn Girl which is narrated by Mary Boleyn who was Henry’s mistress before her sister Anne became his wife. The politics and rules of court, the bad behavior of Anne, her failure to produce a male heir all seen through the eyes of someone just outside the inner circle makes for a fascinating, intimate read.

If you are more interested in the machinations of politics, reach for Hilary Mantel’s award-winning Wolf Hall which focuses on Thomas Cromwell, Henry VIII’s chief minister and a strong advocate of the English reformation. Having just celebrated Martin Luther’s 500th anniversary of his “95 Theses”, there are plenty of books about him and the beginning of the great shift in how religion was viewed and practiced by millions.

The Renaissance produced many famous people whose artistic and scientific advances continue to inspire and influence us today – Da Vinci, Shakespeare, Raphael, Galileo, Michelangelo, and Copernicus among others. Biographies and histories about any of these people and their works would be fascinating reading.

I’m going to be reading My Lady Jane by Cynthia Hand, an alternate history of Lady Jane Grey, one of Elizabeth’s rivals to the throne. It comes highly recommended to my by our Young Adult librarian – I’m looking forward to getting started!

Be sure to stop by one of the Davenport libraries and check out our displays – we’ll have lots of books (and movies!) set during this era for you to browse. You’ll also want to pick up a 2018 Online Reading Challenge bookmark which doubles as a book log to keep track of the books that you read for the challenge. And be sure to let us know what you’re going to be reading in January!

Before we ring in the new year, let’s take a quick look back at 2009 and list some of our favorite books of the year. Our Blogging Librarians talk about the book that stood out to them this past year, although these books weren’t necessarily published in 2009. You’re sure to find some great titles to add to your to-read list. And watch tomorrow’s post for information on a contest – you could win two tickets to the Figge Art Museum!

Rita starts us off with Garden Spells by Sarah Addison Allen, a story of magical realism. In a garden surrounded by a tall fence, tucked away behind a small, quiet house in an even smaller town, is an apple tree that is rumored to bear a very special kind of fruit. In this luminous debut novel, Allen tells the story of that enchanted tree and the extraordinary people who tend it. Rita says “This book made me feel good. It is magical, southern and romantic without being silly.” Rita wrote more about it here.

Bill considered choosing Methland (which he blogs about here), but it ended up being the runner-up to it’s polar opposite, Drinking with George: a Barstool Professional’s Guide to Beer by Geroge Wendt. “Under one set of covers, Wendt gives you a mini-biography, a slew of interesting beer facts, funny beer anecdotes from his own life, and lighthearted fare regarding the 5.5% ABV antics of his Hollywood friends.” Read Bill’s complete post here.

Amber’s choice: The Lost Art of Keeping Secrets by Eva Rice tells the story of Penelope, a young woman who feels her life will forever be average when she suddenly gets roped into sharing a cab with

a free-spirited socialite named Charlotte. Penelope and Charlotte quickly become close friends over their shared love for American crooner Johnnie Ray, and soon Penelope is wearing Dior, attending posh parties with Charlotte’s cousin Harry, and becoming a confidant for Harry’s mother. Imagine if Pam from the Office suddenly found herself hanging out with Serena from Gossip Girl, a jaded Edward Cullen, and Whoopi Goldberg. Penelope’s setting and circumstances: living in a romantic, rundown English estate with an eccentric single-parent and lots of financial woes, reminds me of my favorite book of all time I Capture the Castle by Dodie Smith. Pure loveliness.

Watch for more Favorite Books – and a contest! – in tomorrow’s post!

A colleague shared with me that one of her favorite authors, Barbara Robinette Moss, had died recently (Oct. 9, 2009).  Considering that Moss had lived in Iowa (Des Moines and Iowa City) for a good portion of her life, I was surprised that I hadn’t heard of her passing.  Moss was both an artist and an author.

Her memoir, Change me Into Zeus’s Daughter, is one of our Book-Club-in-a-Box selections.  It’s compelling reading.  The opening scene has her mother preparing a meal of seeds they had intended to plant — seeds saturated in pesticide.  The family is starving and there is nothing else to eat.  Her father is an alcoholic, often out of work and often abusive.  Barbara is particularly unfortunate in that malnutrition has caused the bones in her face to elongate, giving her a “twisted, mummy face.”   Her wish to change her appearance — which she eventually is able to do —  is the basis for the book’s title.

Though at times it’s difficult to witness the hardship the family endures, this is truly an uplifting book. In her follow-up memoir, Fierce, Moss covers later episodes in her life, including finally leaving Alabama and her abusive second husband for art school at age 27, with her 8 year old son in tow.  To know that she overcomes her harsh beginnings and becomes a productive and successful adult is amazing.   It’s unfortunate that we cannot look forward to more work from this creative talent.

Lincoln and Darwin had vastly different childhoods.  We know that Lincoln was born dirt-poor and was largely self-educated, whereas Darwin was born to wealth and privilege, privy to the best education money could buy. Still, even 200 years later, both have left their mark upon our world.  Unfortunately for both, that mark, or legacy, has become somewhat limited over time.

In the words of Adam Gopnik in his “Twin Peaks” article for the February, 2009 issue of the Smithsonian, ” With the usual compression of popular history, their reputations have been reduced to single words . . . “Evolution!”  for one and “Emancipation!” for the other.”  How true this is.  Both were complex individuals who contributed in many other ways to our relative societies.

One of Lincoln’s legacies, of sorts,  is the vast amount of literature that has been written about him.  At least in the Western world, it is estimated that there have been more books written about Lincoln than any other individual (save possibly Jesus and Napoleon).  And still, writers and researchers are uncovering new information and reformatting the old into numerous intriguing titles about Lincoln.  Check out some of these new tomes about our legendary 16th President:

In Lincoln’s Hand: his Original Manuscripts

1864: Lincoln at the Gates of History by Charles Flood

“They Have Killed Papa Dead”: the Road to Ford’s Theater, Abraham Lincoln’s Murder and the Rage for Vengeance by Anthony Pitch

Giants: the Parallel Lives of Frederick Douglass and Abraham Lincoln by John Stauffer

Looking for Lincoln: the Making of an American Icon by Philip Kunhardt

Tried by War: Abraham Lincoln as Commander in Chief by James McPherson

Bad Behavior has blocked 1730 access attempts in the last 7 days.