Are you a faithful fan of PI Kinsey Millhone, Sheriff Dan Rhodes, Judge Deborah Knott or reporter Lucy Stone? August brings the latest installments of these four long-running mystery series, each set in a different region of the United States and each now including twenty or more novels.

Curious about the enduring appeal of these series? Start a “mystery” investigation of your own! Find the first book in each series by clicking on the title in the description below.

Starting with “A” (A is for Alibi, 1982) and now up to the letter “X,” Sue Grafton’s much-loved “alphabet” mysteries follow the confident, smart-mouthed private eye Kinsey Millhone as she investigates crimes in and around the fictional town of Santa Teresa, California. In X is For…, a professional assignment and a personal favor set the gears of an intricate plot in motion, entangling Kinsey in the lives of fascinating new characters and placing her in the path of a devious serial killer.

We first met Sheriff Dan Rhodes of Clearview, Texas back in 1986 in Bill Crider’s Too Late to Die. The 22nd novel in the series, Between the Living and the Dead, matches the the lonely laconic lawman against the local meth trade, his colorful rural neighbors, some runaway animals, and…the paranormal.

Margaret Maron’s 20th Deborah Knott mystery adds yet more intricacy and brilliance to her masterly depiction of small-town North Carolina life. The district court judge first introduced in 1992’s The Bootlegger’s Daughter has by now traveled extensively throughout the state, solving crimes in varying locations with her special access to legal information. With each new novel, Maron further explores the relationships between the members of the Knott clan. In Long Upon the Land, the discovery of a dead body on the family farm revives a longstanding feud between the Knotts and the Earps; Deborah’s father and eleven brothers fall suspect and her sheriff’s deputy husband is accused of favoritism in his handling of the case. Meanwhile, Deborah uncovers some surprising — and possibly relevant to the murder investigation — details about her mother’s life as her parents’ courtship began.

Traveling from California to Texas and North Carolina, we now land in Tinker’s Cove, Maine, the setting for Leslie Meier’s cozy Lucy Stone mysteries. Our newspaper-reporter heroine can’t help but stumble upon murders connected in some way with holiday celebrations. Halloween is the subject of the 22nd novel as Christmas was for the first: Mistletoe Murder (1991). A wayward entry in the Pumpkin Fest’s Pumpkin Catapult Contest crashes open a car trunk to reveal the body of a family friend. And so Lucy’s amateur sleuthing skills are once again put to the test in Candy Corn Murder.

The Edgar® Awards, or Edgars® are named for Edgar Alan Poe, the American author credited with the invention of the modern detective story. They are awarded in the spring of each year by the Mystery Writers of America to honor distinguished works in the genre. The Davenport Public Library is pleased to present the winner and nominees in the Best Novel category:

In Stephen King’s Mr. Mercedes, unhappily retired cop Bill Hodges is spurred to action when the perpetrator of a devastating crime in his depressed Midwestern city threatens to strike again on a larger scale. The previous year, a crazed driver had run a stolen Mercedes into a line of unemployed people waiting for a job fair, killing eight and wounding several. Hodges, in a race against time and with the help of some unusual local characters, will not let the devious Mercedes Killer escape again!

This Dark Road to Mercy by Wiley Cash follows Wade, an ex-minor league baseball player on the run with his two young daughters (taken from their foster home in Gastonia, NC). He is pursued simultaneously by a vengeful former criminal associate and ex-cop Brady Weller who uncovers more nefarious doings in Wade’s past.

“HELP US,” a note attached to the collar of a dog found wandering in the woods sends Detective Inspector Jack Caffery back to work in Wolf, Mo Hayder’s fifth Somerset crime novel. Will Caffery find the family held hostage in their country home before it is too late? Will the mysterious Walking Man help him discover the truth about his missing brother?

In Stuart Neville’s The Final Silence, Rea Carlisle enlists the help of former Belfast DI Jack Lennon in uncovering her uncle’s disturbing activities during the Troubles. Her efforts are blocked by her father, a successful politician determined to keep the family’s grisly secrets under wraps. Now the subject of a murder investigation himself, Lennon smells a conspiracy. 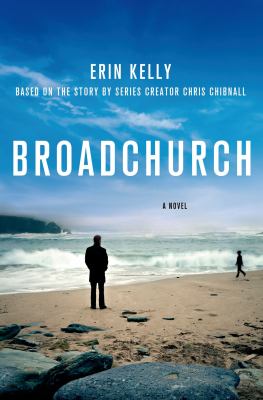 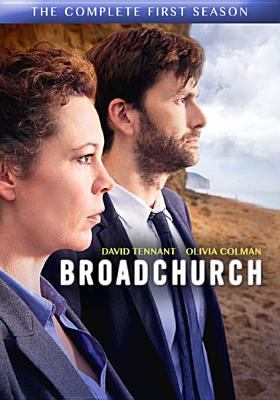 It is rare that a novel based on a successful television program amounts to anything more than a slap-dash rehash designed to turn a profit, but in the case of Erin Kelly’s Broadchurch: A Novel the story is as finely fashioned with words as the 2013 British crime drama is with moving images. Both explore the ramifications of an eleven-year-old boy’s shocking murder on the life of a coastal tourist town in Southwest England as two detectives gradually uncover a complex network of closely-held secrets.

At the center of the story is the relationship between the two investigators assigned to the case. Detective Ellie Miller, an integral part of the Broadchurch community, struggles with the need to delve into her friends and neighbors’ affairs while suffering the loss of young Danny alongside them. She is at odds with DI Alec Hardy, unexpectedly brought in to fill the leadership position on the police force that Ellie had been promised. Alec takes a cold and cynical attitude in conducting the investigation and is skeptical of Ellie’s ability to remain objective. He bristles and becomes more defensive under the watchful eye of the press: both local and London-based journalists are suspicious of his handling of an earlier child murder case. With each question the detectives raise, each encounter they have with a Broadchurch resident, further suspicions mount. In a cascading effect, relationships begin to falter, irretrievable words are spoken, and yet more harm is unleashed.

Kelly relates the story through the eyes of other main characters as well, including bereaved mother Beth Latimer and opportunistic reporter Karen White. She takes full advantage of the novel form to explore the principal players’ internal lives: their memories, their questions about the case as more information is gathered, their reflections on their own behaviors and interactions with others in the community, and their concerns for the future once the truth is finally revealed. She deftly weaves these musings into the action and closely examines the consequences of the investigation on each character without sacrificing suspense.

Read Broadchurch: A Novel and watch Broadchurch the series, in no matter what order. The experience of one enriches that of the other. 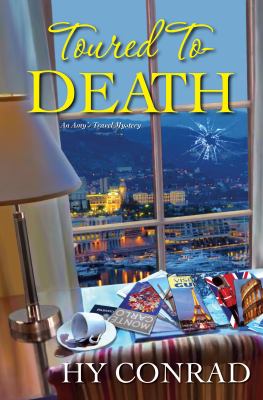 With her mother Fanny’s support from across the Atlantic, Amy leads a group of twenty-four tourists through stylish French and Italian destinations as they hunt for clues to solve a fictional murder mystery.  Amy’s ambitious idea to combine a game of Clue with an Amazing Race-like competition unfolds smoothly…until actual murders begin to take place!  When one of of the tourists and the man hired to write the plot line for the mystery excursion are found dead, Amy and Fanny must put their heads together to keep the killer from striking again.  They soon learn that the writer’s story was based on a real-life murder case involving two of their current tour customers.  Working in tandem to solve the crimes, mother and daughter begin to overcome the loss of their partners, strengthen their relationship, save their agency’s reputation, and prepare for their next adventure!

If, like author Hy Conrad, you enjoy both mysteries and travel writing, pack your bags (including a magnifying glass) for Toured to Death and the Amy’s Travel Mystery series. Readers of “cozy” mysteries will be interested in this book’s unique take on the genre, and fans of TV’s Monk can compare how Conrad (a writer and producer for the series, as well as the author of novels based upon it) develops his detectives and other key characters for different formats.