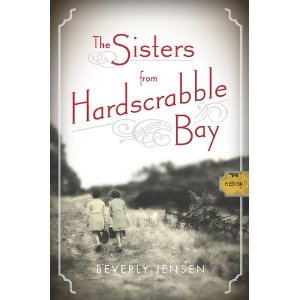 Idella and Avis are The Sisters from Hardscrabble Bay; the girls learned early on to fend for themselves.  In 1916, their family is barely scraping out a living on a rocky potato farm in New Brunswick, when their mother unexpectantly dies in childbirth. The girls, ages seven and five, are left in the care of an overwhelmed father who turns to alcohol for comfort.  Though Dad tries to create a semblance of normalcy by hiring  a series of French Canadian housegirls, none stay for long, and after a few years, he ships the girls across the border for a short stay at a boarding school in Maine.

Idella grows up to be the responsible older sister — always caring for someone.  First, it’s for her father, after he is accidentally shot when hunting deer out of season;  later, she cares for her very contrary mother-in-law.  On the other hand, Avis is the wild one — a free spirit who likes to drink and who runs through men,  but often pays painful consequences for her impulsive choices, including a stint in prison.  Still, all is not heartbreak in this story of family ties and remarkable resilience — there are equal doses of humor and hilarity as well.

What I found most intriguing about this book is that the author, Beverly Jensen, died of pancreatic cancer in 2003, never having published a word of her writing.   So how did this book come to be?  Well, a group of supporters gathered around her work, initially getting one of the chapters of this book published as an award-winning short story.  Amazingly, the stories all fit together with convicing continuity and the author’s voice comes through loud and clear, even beyond the grave.  Every writer should have such friends.

A colleague shared with me that one of her favorite authors, Barbara Robinette Moss, had died recently (Oct. 9, 2009).  Considering that Moss had lived in Iowa (Des Moines and Iowa City) for a good portion of her life, I was surprised that I hadn’t heard of her passing.  Moss was both an artist and an author.

Her memoir, Change me Into Zeus’s Daughter, is one of our Book-Club-in-a-Box selections.  It’s compelling reading.  The opening scene has her mother preparing a meal of seeds they had intended to plant — seeds saturated in pesticide.  The family is starving and there is nothing else to eat.  Her father is an alcoholic, often out of work and often abusive.  Barbara is particularly unfortunate in that malnutrition has caused the bones in her face to elongate, giving her a “twisted, mummy face.”   Her wish to change her appearance — which she eventually is able to do —  is the basis for the book’s title.

Though at times it’s difficult to witness the hardship the family endures, this is truly an uplifting book. In her follow-up memoir, Fierce, Moss covers later episodes in her life, including finally leaving Alabama and her abusive second husband for art school at age 27, with her 8 year old son in tow.  To know that she overcomes her harsh beginnings and becomes a productive and successful adult is amazing.   It’s unfortunate that we cannot look forward to more work from this creative talent. 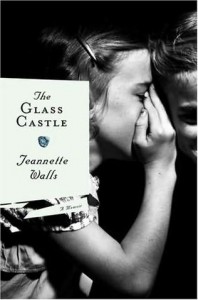 “I was sitting in a taxi, wondering if I had overdressed for the evening, when I looked out the window and saw Mom rooting through the Dumpster.”  That’s the opening line of Jeannette Walls’ memoir.  True to form without, The Glass Castle doesn’t disappoint.

We first follow Jeannette and her family as they shuffle from one desert community to another, one step ahead of the law and from homelessness.  Her father, though brilliant, is also an alcoholic and usually unemployed; her mother is flighty and artistic with a hands-off philosophy of child-rearing.  One of the author’s first memories is that of being burned — she was three years old and cooking hot dogs on the stove unsupervised. 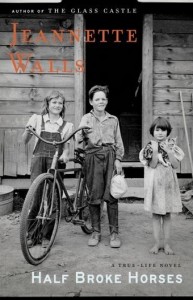 The family eventually settles in a shack in the dismal coal-mining town of  Welch, West Virginia, their father’s hometown and a place he had earlier escaped.  Here the children manage to survive by fending off bullies and eating out of garbage cans at school.   This all may sound rather depressing, but in fact,  this is a very uplifting book.  What comes through, loud and clear, is the author’s sincere love and affection for her parents — in spite of the obvious neglect and abuse. This and the fact that she was able to triumph over her upbringing and carve out a very successful life for herself makes this one of the best books I have read this year.

Now Walls has a new book out, Half-Broke Horses, which deals primarily with her grandmother.  If it’s anything like her first book, it will be fascinating! 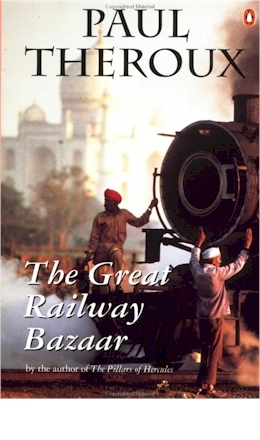 When you think “travel writer,” you usually think of someone like Paul Theroux or  Bruce Chatwin. Not exactly  laugh riots. In fact, they can be pretty grim. The more painful the journey and annoying their companions, the more they like it. The Great Railway Bazaar was Theroux’s first travel book  and became a classic of the genre. He celebrates the hardship and minimizes the joy of travel – increasingly so, the further he goes along the Orient Express.

Theroux does excel in describing the people he meets  in Europe and Asia – London to  Afghanistan to  India to Japan to Siberia. Ghost Train to the Eastern Star was a sequel of sorts, in which Theroux travels by train again to China, Vietnam, the former Soviet Union and sees the incredible changes 30 years have wrought.

Other masters of the travelogue as endurance test are Bruce Chatwin (In Patagonia) and Jonathan Raban. A British writer, Raban writes about the Mississippi River in Old Glory. (He irritated many locally with his depiction of Davenport).

So, if you find yourself in the midst of a very bad vacation, start writing – you may as well get something constructive out of it!