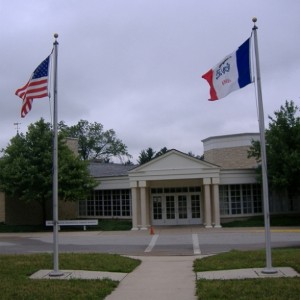 Every Iowan needs to take a trip to West Branch to learn about the humanitarian who was our 31st president. Before and after his presidency, he used his management skills and financial resources to help people around the world.

Before he was president, Hoover was chairman of the American Commission for Relief in Belgium. In 1915, he reported, “All Belgium is now on a ration of 10 ounces of bread per day, rich and poor alike, …” (from the Historical New York Times, available through the PrairieCat catalog under the Find Articles tab). Because Hoover was able to get food shipped to Belgium in time to save millions from starvation, he is regarding as a hero there today. Streets and plazas have been named after him. According to a NPR report, “Hoovermania in Belgium,” he organized feeding “more than nine million people every day for four long years . ” He was an “international symbol of American generosity and practical idealism. ”

The Herbert Hoover Presidential Library and Museum displays give you insight into the depths of gratitude felt by Belgians during and after World War 1. The Belgians embroidered flour sacks with expressions of thanks to Hoover.

The taped interviews also make you understand a little bit of the horrors of  the widespread starvation felt by Europeans.  One man tells of the wonder of getting a bread roll, dubbed “Hoover rolls.”

So, celebrate Hoover’s birthday with a trip to West Branch and learn a little more about a truly fascinating man.