This week we are continuing with the Davenport Public Library’s Summer Reading Program theme of “Build a Better World” by exploring the Richardson-Sloane Special Collection Center’s resources and records of local architects, developers, planners, construction companies, and other building material suppliers.

Our focus this week is on the Iowa Soldiers’ Orphans’ Home complex. Later renamed the Annie Wittenmyer Home after its founder; the Orphans’ Home ran from 1865 – 1975.

The site originally began as Camp Roberts, later renamed Camp Kinsman, during the early days of the Civil War. The property was given to Annie Wittenmyer to become the new home for the Iowa Soldiers’ Orphans’ Home in December 1865.* 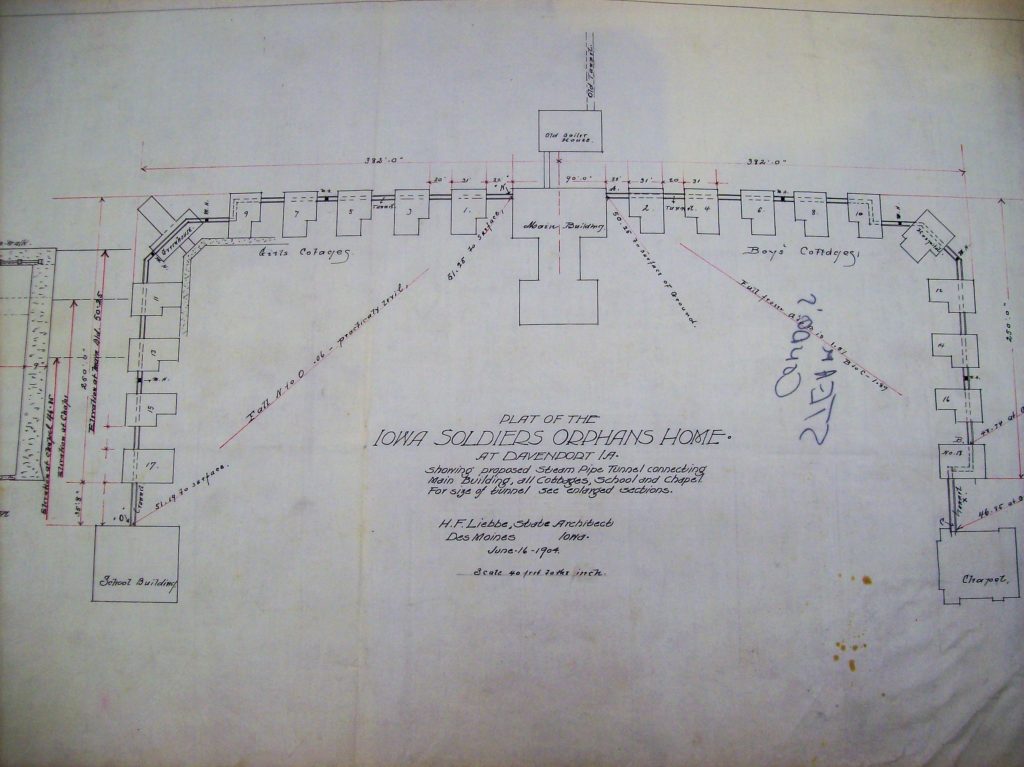 Mrs. Wittenmyer found a barrack style system of cottages with separate dining area. This separate cottage-style system would be continued through the orphanage’s existence. 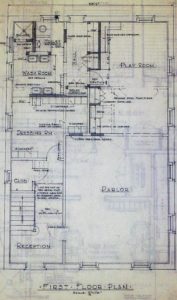 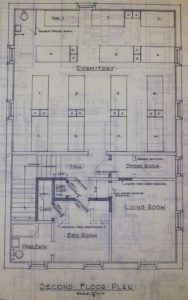 The original campus, including a farm, was once around 300 acres. The property today is about 32 acres and still includes many buildings from the Home. 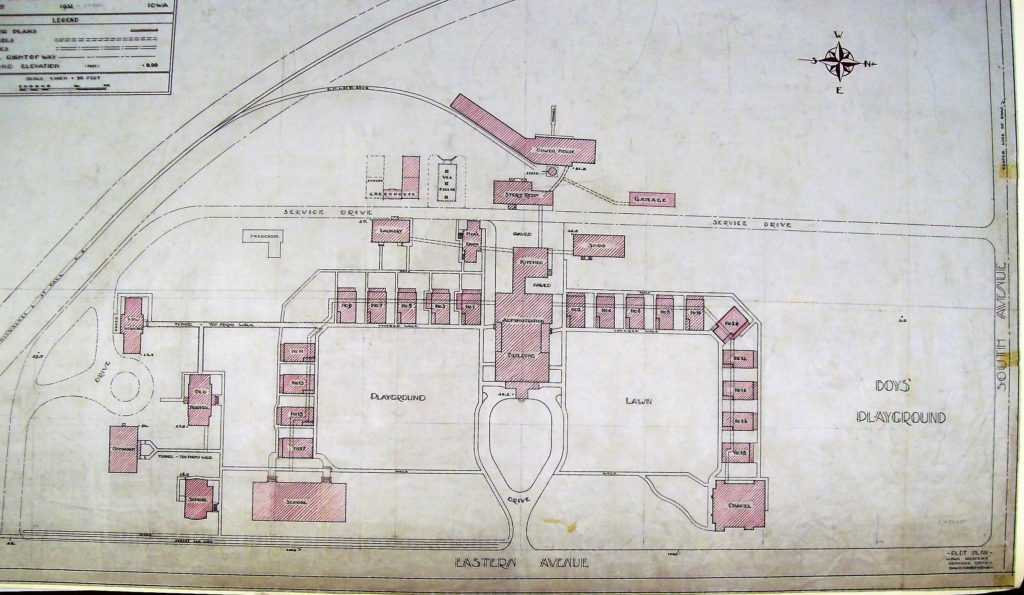 The cottage system was felt to create a home-like atmosphere for the children. We have one photo from the early days of the orphanage.  These barracks would eventually be replaced by structures that resembled cottages.

Image 135 from the Evans’ collection. Labeled View at the Orphans’ Home, Davenport, Iowa.

Over the years the campus grew to include an Administration Building, kitchen/dining room, laundry building, school rooms, gymnasium, chapel, and small hospital. Each building standing separately. This system provided an unexpected benefit when fires destroyed the Administration Building, kitchen/dining room, and laundry buildings over the years. Instead of a massive loss, the fires were contained to the individual structures. 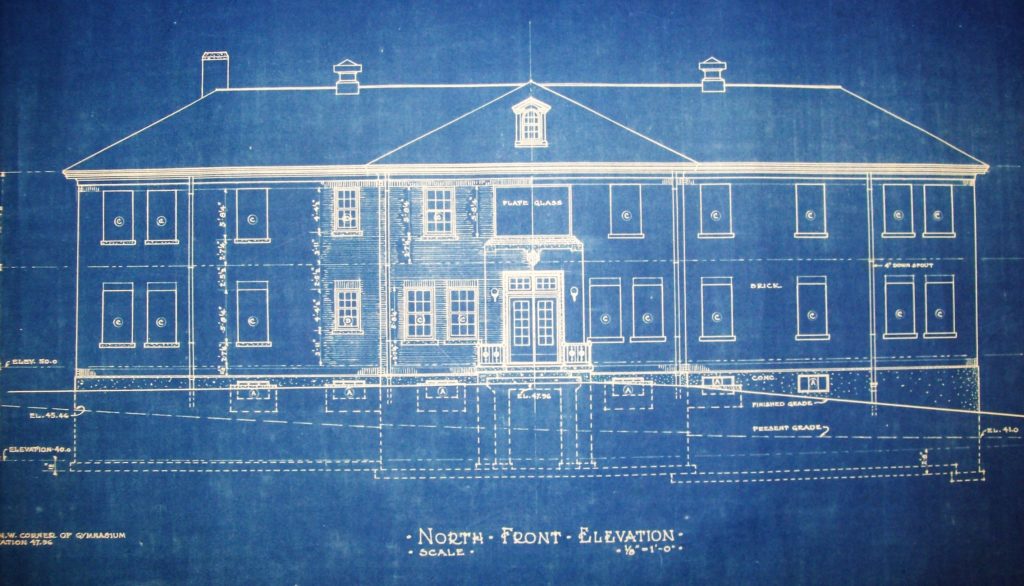 One building still standing today is the Administration Building designed by architect John W. Ross. Mr. Ross also designed Davenport’s City Hall. This is thought to be the third administration building on the property. At least one previous building was destroyed by fire. 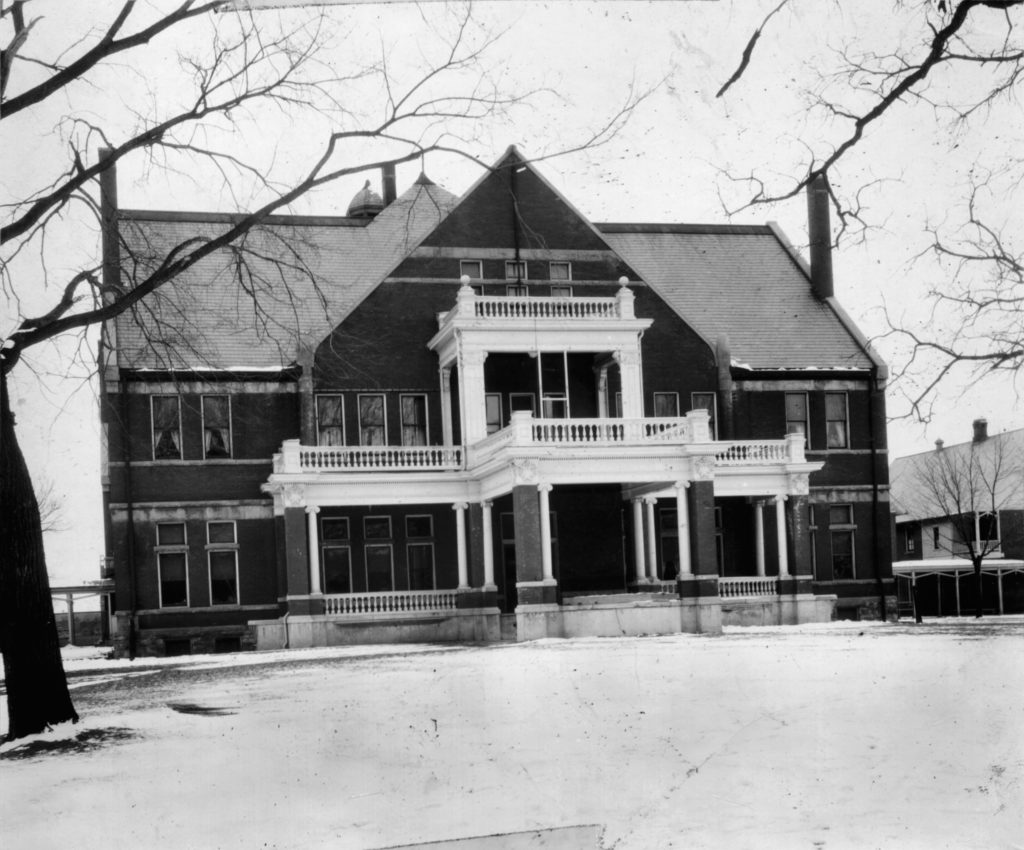 The Richardson-Sloane Special Collections Center houses many more plans and pictures for this amazing complex. The records of children who lived at the orphanage starting in 1910 are still retained by the State of Iowa Division of Adult, Children, & Family services.

*For those who may know the story, the orphans arrived in November 1865 to move into the site from their former Orphans’ Homes in Farmington and Cedar Falls, Iowa.

(posted by Amy D. and Cristina)

Bad Behavior has blocked 562 access attempts in the last 7 days.