We may have posted  The Flood of 1870: Bridging the gap between memories and measurements a bit too soon.

Apparently, instead of celebrating no floods in 2014, we should have celebrated no spring floods.

Below are flood photos taken during the crest. We attempted to get pictures in locations near those taken for A Flood of Images: April 2013 to allow for comparison—though, due to the higher flood stage and trees with inconvenient leaves, we occasionally had to move to nearby locations.

Looking west from the Arsenal Bridge, River Drive once again looks like a real river: 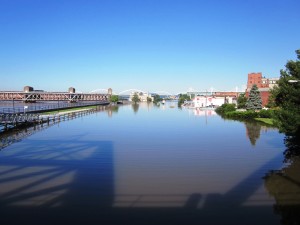 The  Hesco barrier at corner of Iowa St. and River Drive: 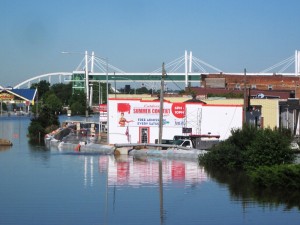 Another view of the Hesco barrier, taken on Iowa Street, facing River Drive near Bechtel Park: 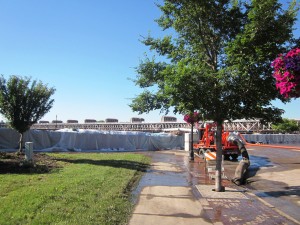 The Dillon Fountain on the corner of Main Street and River Drive: 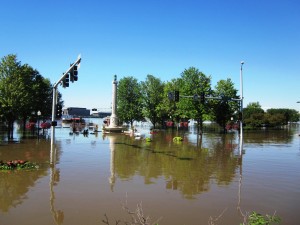 The bench against the Figge Art Museum and a hint of fire hydrant on the corner of Main St. and River Drive: 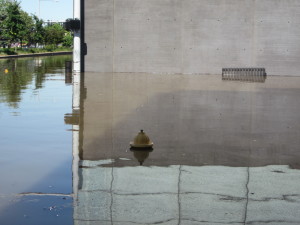 The Levee Inn – Locally famous for the flood crest markings recorded on the corners of the building: 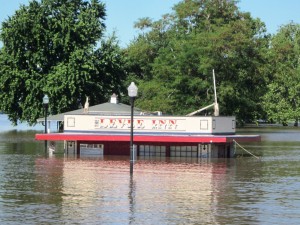 The LeClaire Park and Bandshell—please note that this is our first flood photo that includes the new Ferris Wheel at Modern Woodmen Park. 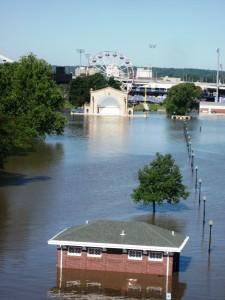 Modern Woodmen Park, walkway in place. Baseball will go on! 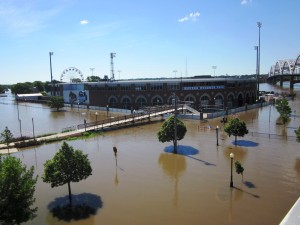 The corner of Warren and 2nd Streets: 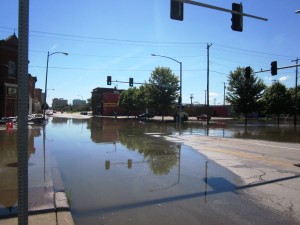 Myrtle Street was barricaded at River Drive and the skate park was closed. 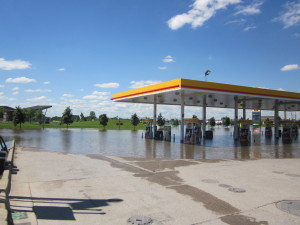 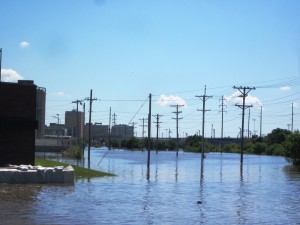 This flood even reached several of the headstones at City Cemetery: 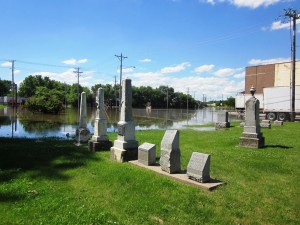 One last image of our 2014 Fourth of July crest is courtesy of Davenport Public Works: 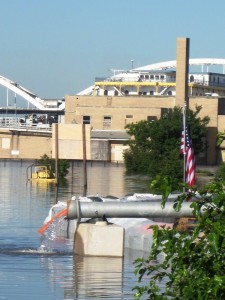 As always, we hope this is the last flood for a while. We love the Mississippi River. We love it best inside its own banks!

Bad Behavior has blocked 3066 access attempts in the last 7 days.