On Monday, April 22, 2013 pictures were taken of the flood in downtown Davenport. As with A Flood of Images: 2011 photos are shown from east to west in case anyone wants to compare.

Looking west from the Arsenal Bridge. River Drive looks like the Mississippi River. 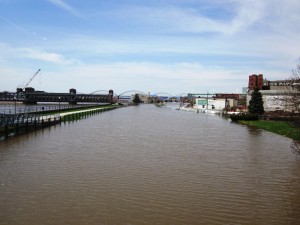 Hesco barrier at corner of Iowa St. and River Drive. 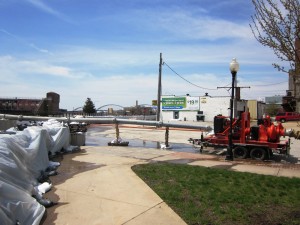 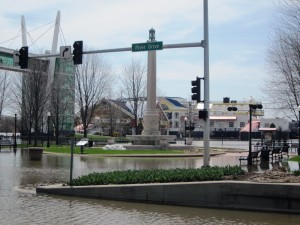 The Levee Inn – Locally famous for the flood crest markings in the corners of the building. 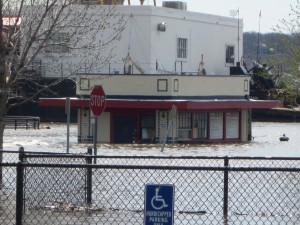 LeClaire Park and Bandshell along the river. You can see water up to the tops of the seats. The train tracks are under water too. No jazz concert today! 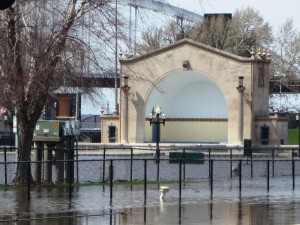 Modern Woodmen Park – With walkway in place the games go on! 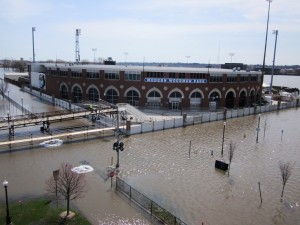 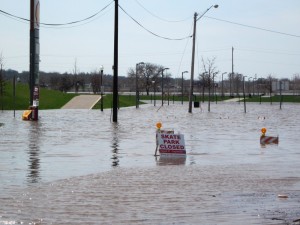 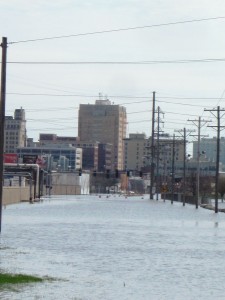 On a positive note, the grass is green and our feathered friends don’t mind the water at all! City Cemetery along River Drive in west Davenport. 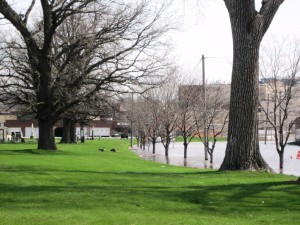 As the flood of April 2013 passes there is one question on our minds. With all the snow still up north could this be a repeat of 2008? That year the Mississippi crested on April 29th at 19.24 feet and again on June 16th at 21.49 feet. We certainly hope not!

Following are the crest dates and levels for 2013:

Bad Behavior has blocked 628 access attempts in the last 7 days.