Now that the River has receded from its crest of 20.7 feet,* we thought it was time to take a look back at this year’s flood, which knocked the 1892 flood out of fourth place by almost a foot and a half.

On River Drive, the traffic signs tried valiantly to keep their heads above water: 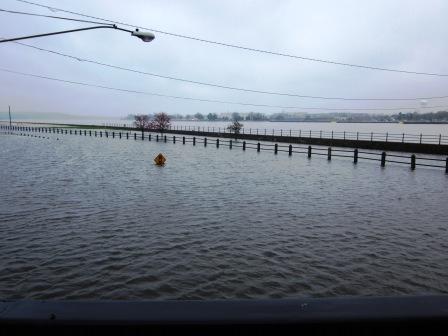 While our Front Porch got a little damp: 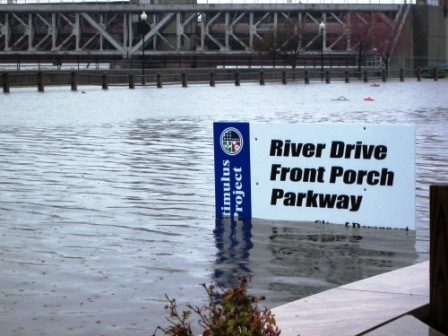 But Davenport had been warned and, with the help of volunteers  put up its defenses in record time: 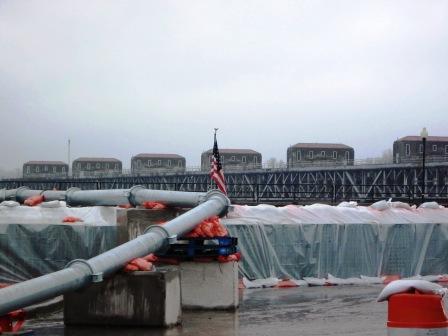 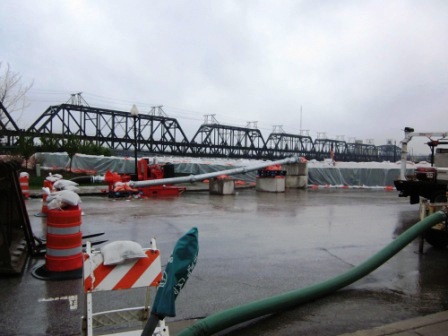 We may be getting the hang of this flooding thing . . .

But that doesn’t mean the River didn’t try its best to wander afield: 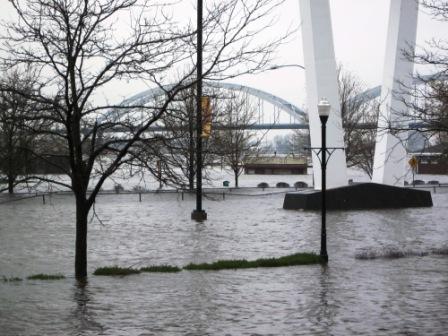 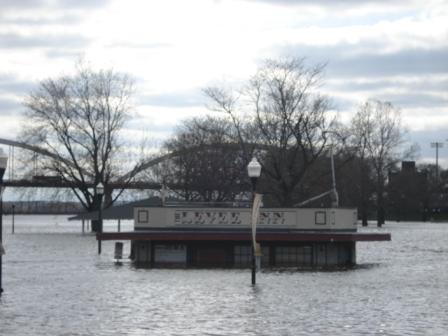 Do a little window shopping downtown: 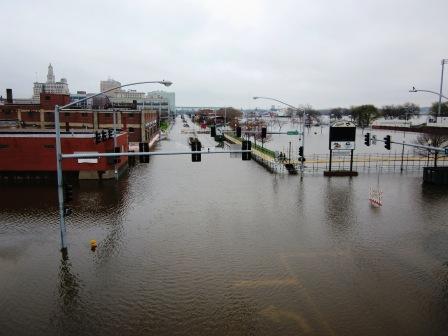 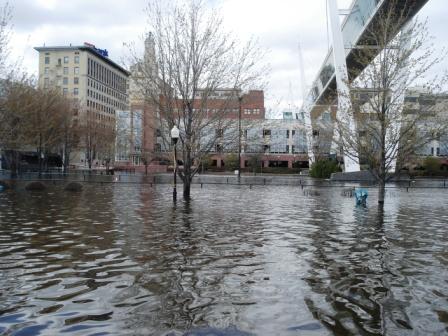 And maybe take in a baseball game: 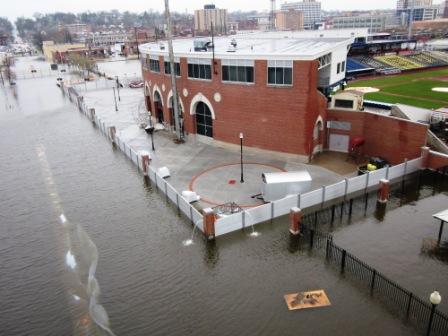 But, as usual, the web-footed citizens of Davenport didn’t seem to mind at all: 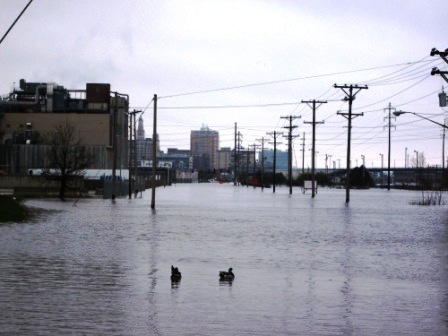 (Pictures taken by our own intrepid Amy D.  We still aren’t sure what she was standing on for some of these)