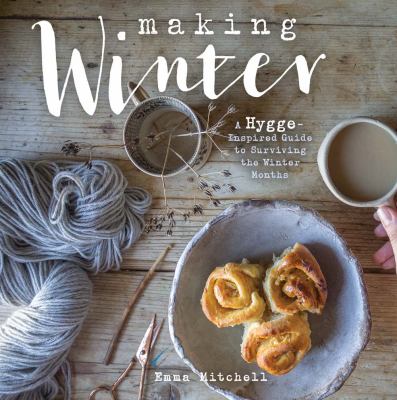 Winter is the highpoint of hygge-ness. Not surprisingly, the Nordic countries really know how to embrace the cold weather and to actively celebrate it.  Appreciating nature in all its discomfort, cold, and beauty is an integral part of the concept. After all, we’re feathering our indoor nest because it’s so cold and dark outside.  In the last few years, the English-language publishing world has embraced books about hygge (the warmth of simple pleasures), lagom (a balance of not too little, not too much), lykke (happiness)  and all things Scandinavian. Cooking, baking, snuggling into knitted afghans and sweaters, and reading books about hygge are all elements of creating  a world of coziness in your own home.

A related concept is fika, the Swedish tradition of coffee and carbs. Hot drinks and baked goods are especially relevant during the cold winter months, This exemplifies the Scandinavian enjoyment of life’s small pleasures and an easy way to socialize and connect with co-workers, friends and family.

To  get inspiration and just for the pure relaxation of browsing beautiful books, try Making Winter: A Hygge-Inspired Guide for Surviving the Winter Months, The Book of Hygge: the Danish Art of Contentment, Comfort and Connection,   How to Hygge: the Nordic Secrets to a Happy Life,   and The Joy of Hygge: How to Bring Everyday Pleasure and Danish Coziness into Your Life.

Even if you’re not totally on board with this particular movement, it sure is fun to peek into the lives of those who do! 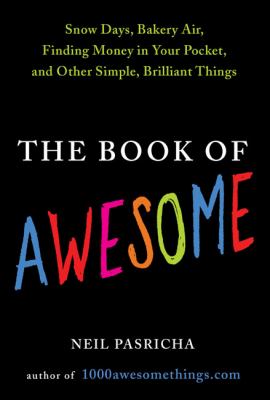 Is winter getting you down? Do you find yourself curling into blankets and wanting to hide from the outside world? I admit winter is not my favorite time of year, so when I stumbled upon The Book of Awesome: Snow Days, Bakery Air, Finding Money in Your Pocket, and Other Simple, Brilliant Things, I knew I had found my much needed winter pick-me-up. Pasricha, the author of 1000awesomethings.com, developed this book as a way for him to find the good things that surrounded his boring 9-to-5 job. Follow along as he describes those simple pleasures and little moments that have just enough power to make us happy : sleeping in new sheets, fixing electronics by smacking them, pushing the elevator button and discovering it’s already there, the smell and sounds of a campfire, popping bubblewrap, the day you first realize you can drive, etc. Each good thing brings out warm and funny observations from the author describing just why those pleasures or unexpected moments are AWESOME! Who knows, maybe you’ll be able to relate to Pasricha’s moment of joy when a cashier opens up a new checkout line at the grocery store, when all your socks match up from the dryer perfectly, and when someone offers to throw your dirty laundry in a load with their own, thus saving you from having to leave the couch! Join Pasricha as he finds all the good in the little moments that surround him.

If you are interested in this book or even want to know more, you’re in luck! Pasricha has also published The Book of (Even More) Awesome and The Book of (Holiday) Awesome. 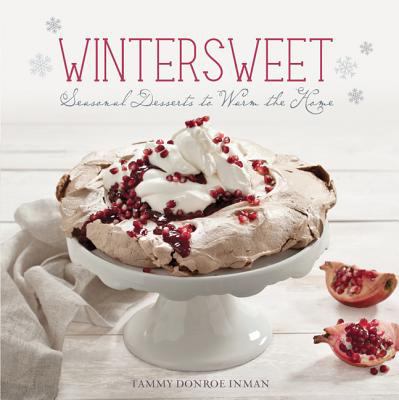 Who says the winter months have to be bleak and barren? Author Tammy Donroe sees this season as an opportunity to stay inside, fire up the oven, and produce decadent desserts from the bounty of wholesome winter ingredients.

Wintersweet encourages readers to make use of fresh, local ingredients for warming seasonal desserts. While summer farmers’ markets are always overflowing with ripe produce, there’s plenty to be had from November to March: squashes and pumpkins, parsnips and carrots, apples, pears, citrus of all types, and feel-good ingredients like nuts, cheese, and chocolate. The fresh and rustic recipes in Wintersweet push the envelope of traditional winter desserts like pumpkin or apple pies with such delicacies as Pear Cranberry Clafouti, Spicy Prune Cake with Penuche Frosting, Tangelo Sorbet, and Goat Cheese Cake with Dried Cherry Compote. Each chapter is devoted to different ingredients, ranging from Persimmons, Pomegranates, and Cranberries to Citrus, Cheese, and Dried Fruits, allowing readers to experiment with new and exciting ingredients for complex and delicious flavors. They taste even better when they can be found near your own backyard; Donroe provides resources for finding the best local farmers’ markets and agricultural centers near you.

Perfect for holiday gatherings or to warm the belly on a cold night, Wintersweet is the perfect dessert companion to make the year’s coldest season a bit more festive. (description from publisher) 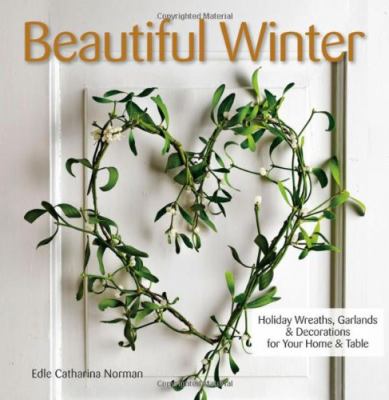 Why not celebrate winter and bring a touch of nature indoors by creating a charming bark wreath bursting with red roses or a twig globe entwined with delicate amaryllis?

In Beautiful Winter, author and florist Edle Catharina Norman shows how to use seasonal materials and flowers to put together 53 entrancing — and easy to assemble — home projects. From festive garlands to fun table decorations (including candlesticks made of apples), you’ll find an array of unique ideas to inspire you. Illustrated with more than 55 full-color photographs, this book presents glorious decorations that will warm your heart on even the coldest winter day. (description from publisher)

This month is all about pumpkin lattes, Halloween costumes, and vibrant fall leaves, but it’s also when crafty people start looking ahead to the winter holidays. If you’re planning to create or make gifts by hand this year, now is the time to get cracking! Additionally, the Christmas and winter themed books that will be in short supply after Thanksgiving are abundant in October, so you are much more likely to find something inspiring when you stop by DPL.

The Art of Gift Wrapping: No matter what’s inside the package, thoughtful gift wrapping always makes it much more special. Instead of last-resort gift bags and tissue paper, check out this book for ideas and detailed instructions on innovative and lovely gift wrapping techniques.

Classic Crafts and Recipes for the Holidays: For timeless and sophisticated (and decidedly not “beginner”) DIY decorating, Martha Stewart’s books are the way to go. This particular one includes directions for some stunning outdoor-only ice decorations as well as decadent holiday recipes and some very creative uses for velvet.

Knitted Gifts and Holiday Knits each include the instructions for quite a few lovely knitting projects that are sure to please anyone on your gift list, from Christmas stockings to baby booties, cable-knit hats and mittens and decorative ornaments. All projects include photos and patterns. Easy for experienced knitters, but not out of reach for beginners either. 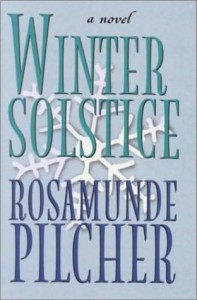 Winter Solstice is a perfect book for a sweltering summer day.  Rosamund Pilcher does an amazing job of describing the quiet beauty of snow and the cold winter light. This is in contrast to the heartwarming style Pilcher is known for. Sometimes referred to as literary comfort food,the characters and the domestic settings are appealing  – people you’d like to know and places you’d like to live.

This is an unusual romance; a group of relative strangers who are all suffering in their own ways  end up together in an old house in Scotland. As they prepare to celebrate Christmas, they begin to heal and to care about each other. 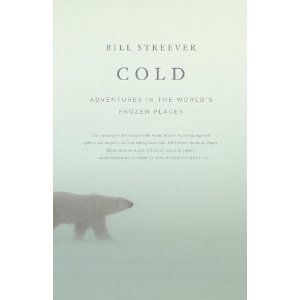 On any hot, humid August day, what better way to cool down than by reading about cold? Real, icy 40-below cold.  Cold: Adventures in the World’s Frozen Places may send shivers down your spine as it easily entertains and educates about all aspects of this little four-letter word.  Author Bill Streever uses a loosely organized style — almost blog-like — to share all sorts of trivia, including stories from doomed Arctic expeditions as well as amusing anecdotes and easily understandable scientific explanations. Whether you’re curious about seals or snowflakes, igloos or icebergs, hibernation or helium, you’ll likely discover some new tibdit of information with which you can regale your friends.

To give just one example of these rather obscure tidbits, Mary Shelley’s Frankenstein was written in 1816, in what was known as the “Year Without Summer.”  She and other guests were staying at Lord Byron’s Geneva retreat, but the weather was so bad, the guests were forced to stay indoors, so Lord Byron challenged them all to come up with ghost stories.  Her novel, published two years later, actually starts with letters from an Arctic explorer and ends with the creature drifting away on an Arctic ice floe.

Each chapter in Cold is a different month of the year, each with its own location and corresponding temperature.  July is the opening chapter, with a temperature of 51 degrees, as he describes his five-minute experience in the 35-degree water of Prudhoe Bay, located 300 miles north of the Arctic Circle.  September finds him climbing Scotland’s highest peak, and January finds him back in Anchorage, where he lives and serves as the chair of the North Slope Science Initiative’s Science Technical Advisory Panel.  For people like me, who most likely will never get to the Arctic Circle, this book provides an insight — and yes, even an appreciation of — all things cold. 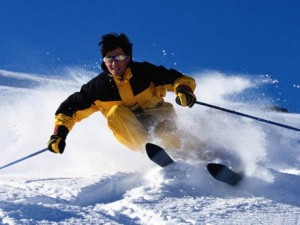 Inspired by the great performances of the Olympic athletes? Interested in trying one of those winter sports? The library has lots of books to inspire and instruct!

Hockey for Everybody by Cam Neely

Learn Downhill Skiing in a Weekend by Konrad Bartelski

And don’t forget about the great local resources available in our area from the Quad Cities Sports Center to the pond at VanderVeer Park.

You’re on your own for aerial ski jumping and luge! 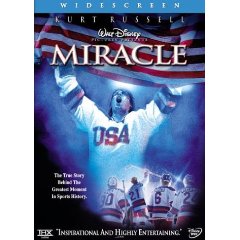 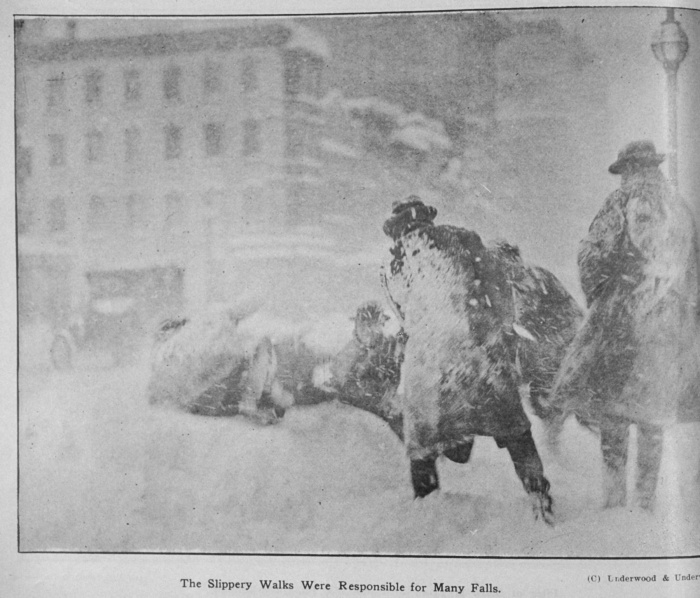 Some ideas to occupy the long winter days and nights in your cabin:

Lasting Moments is a new scrapbooking magazine. Leaf through pages on making bracelet party favors, ideas for Valentine’s Day and how to organize your photos and tools.

(you don’t have to do anything; you can just look at the pictures!)