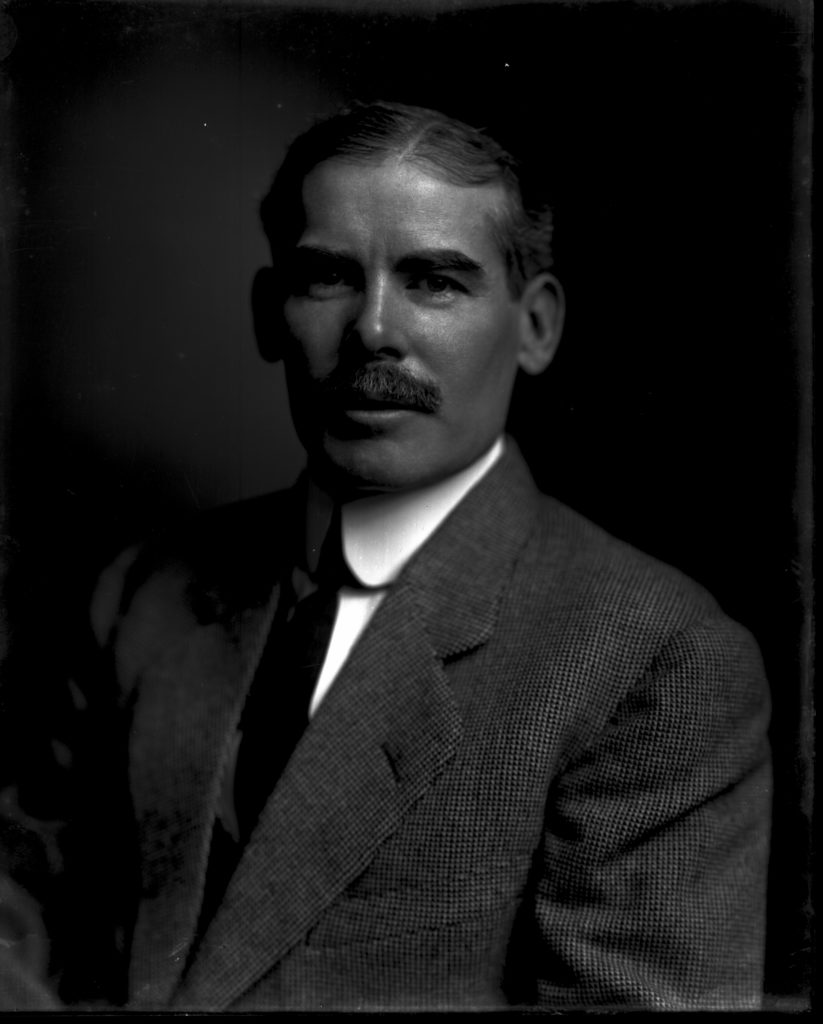 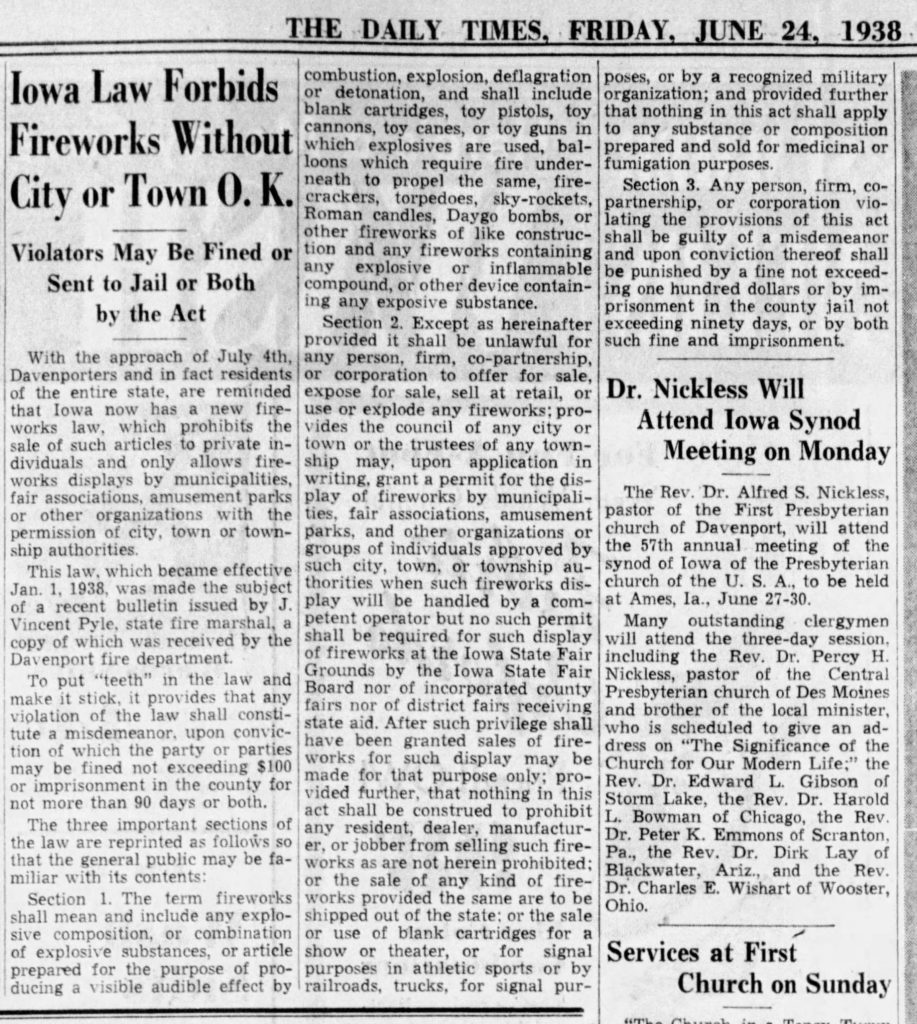 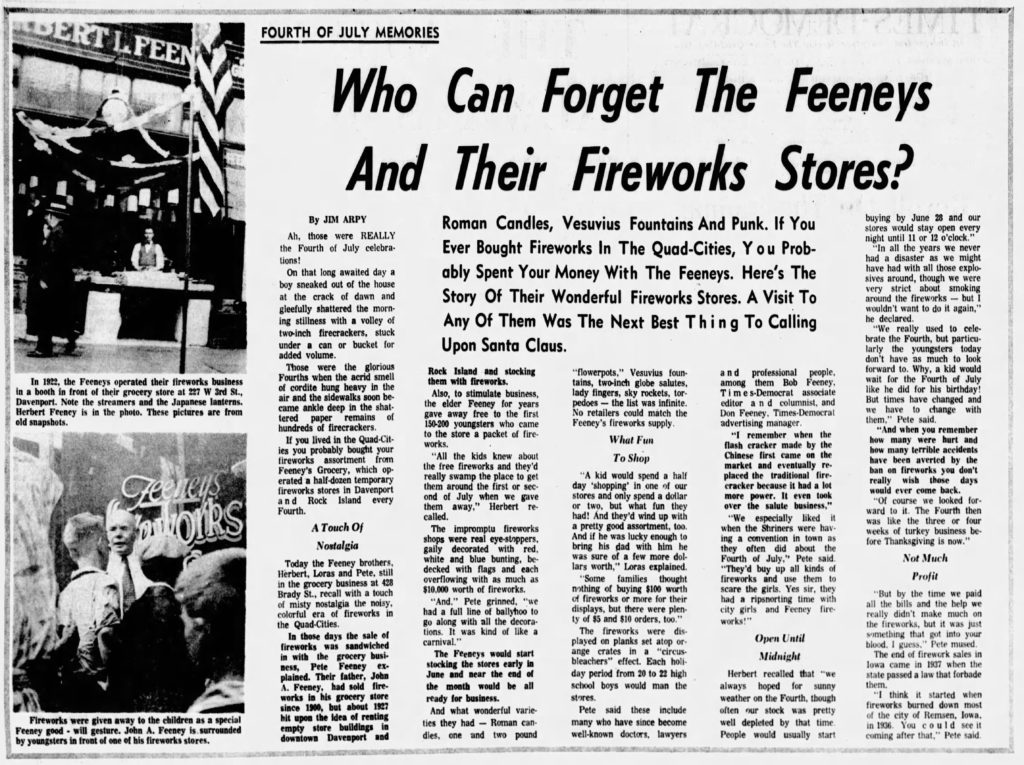 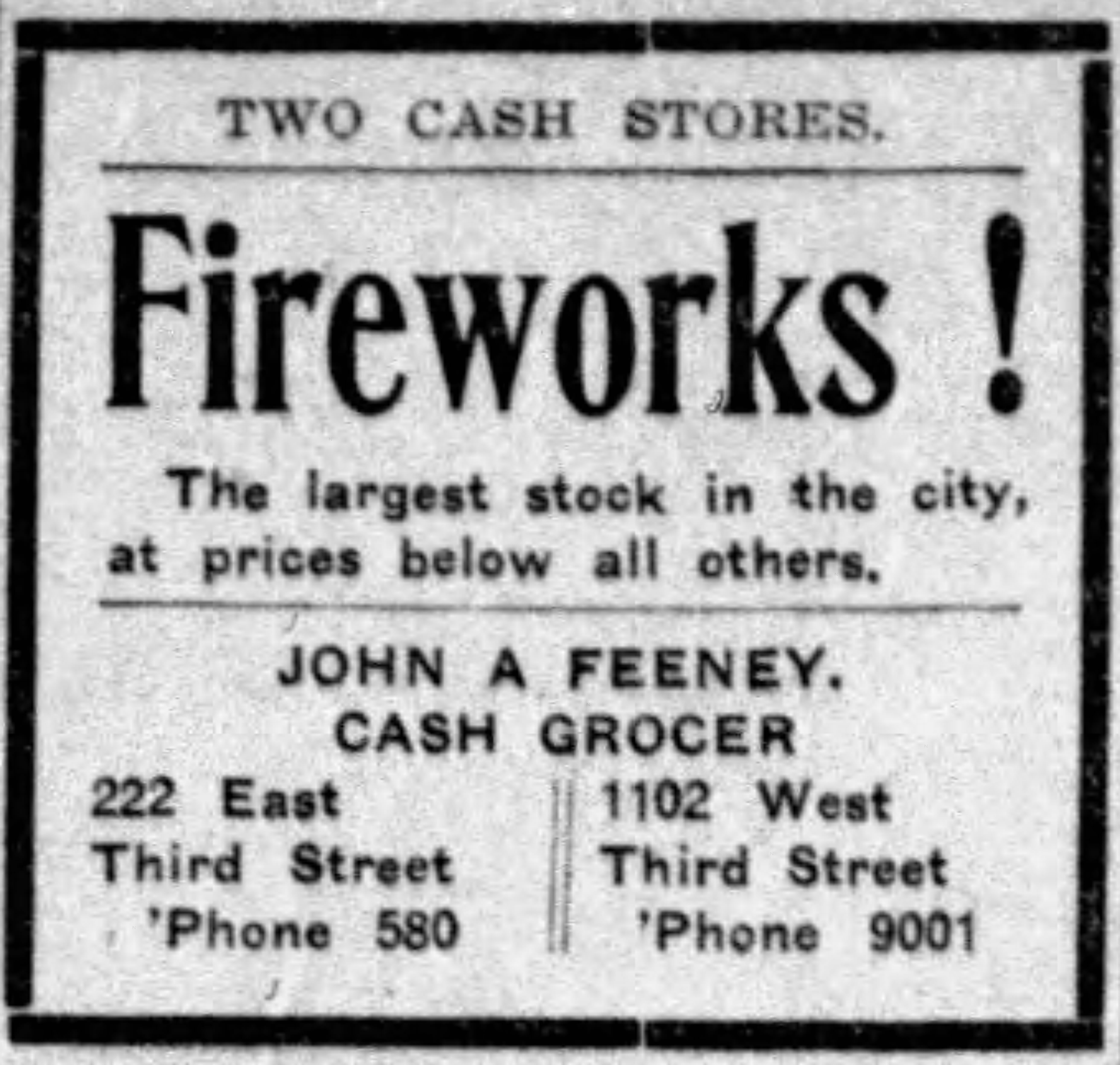 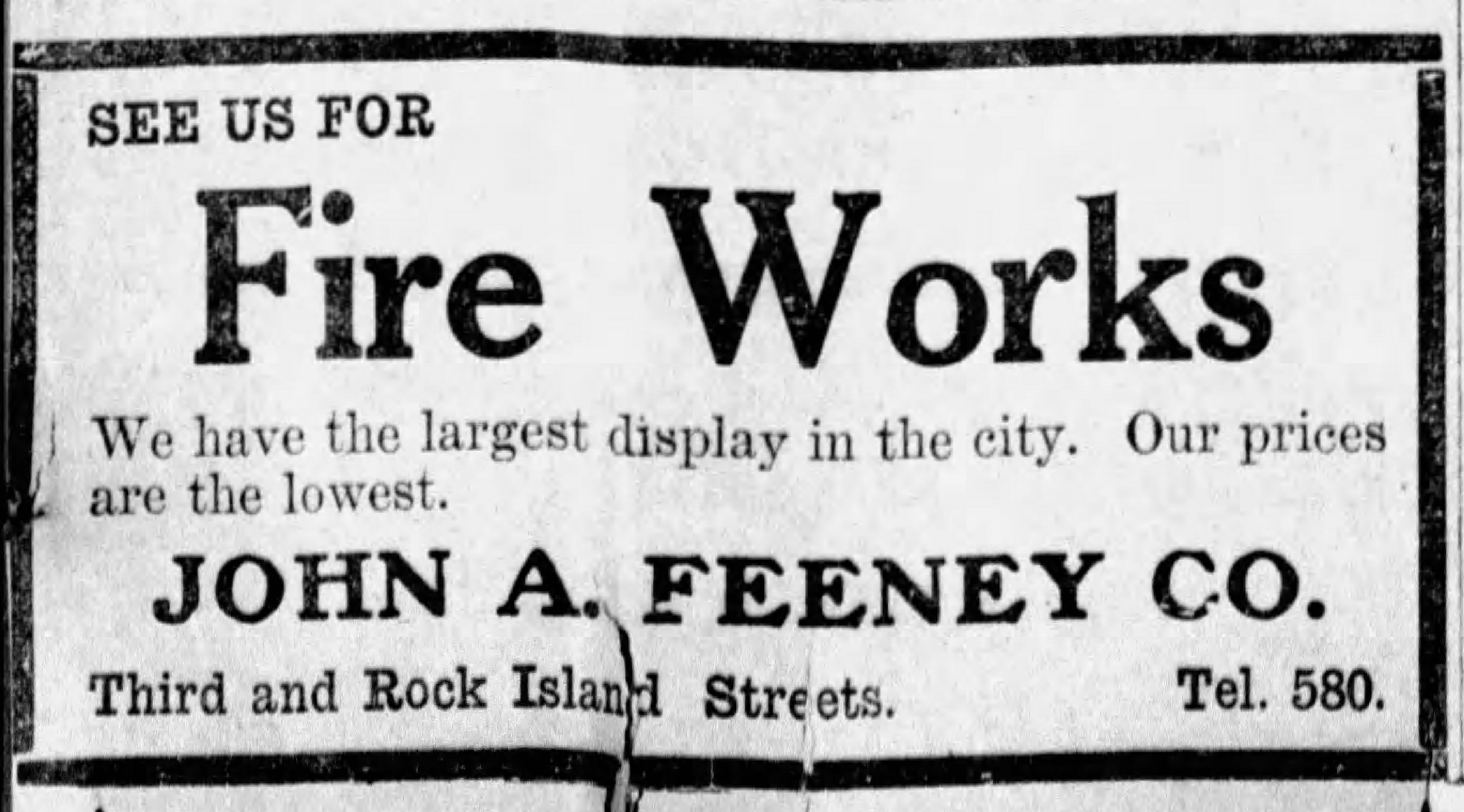 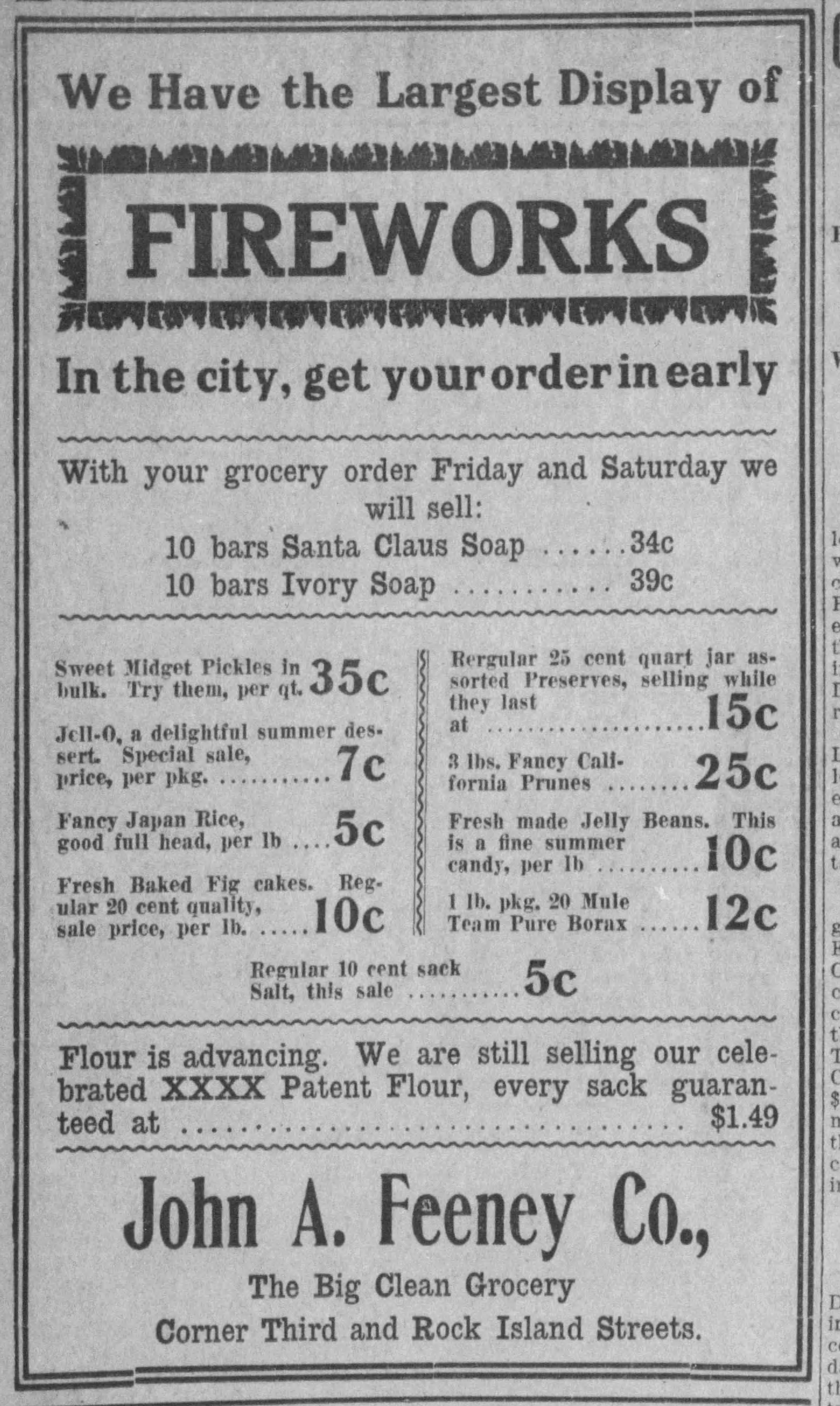 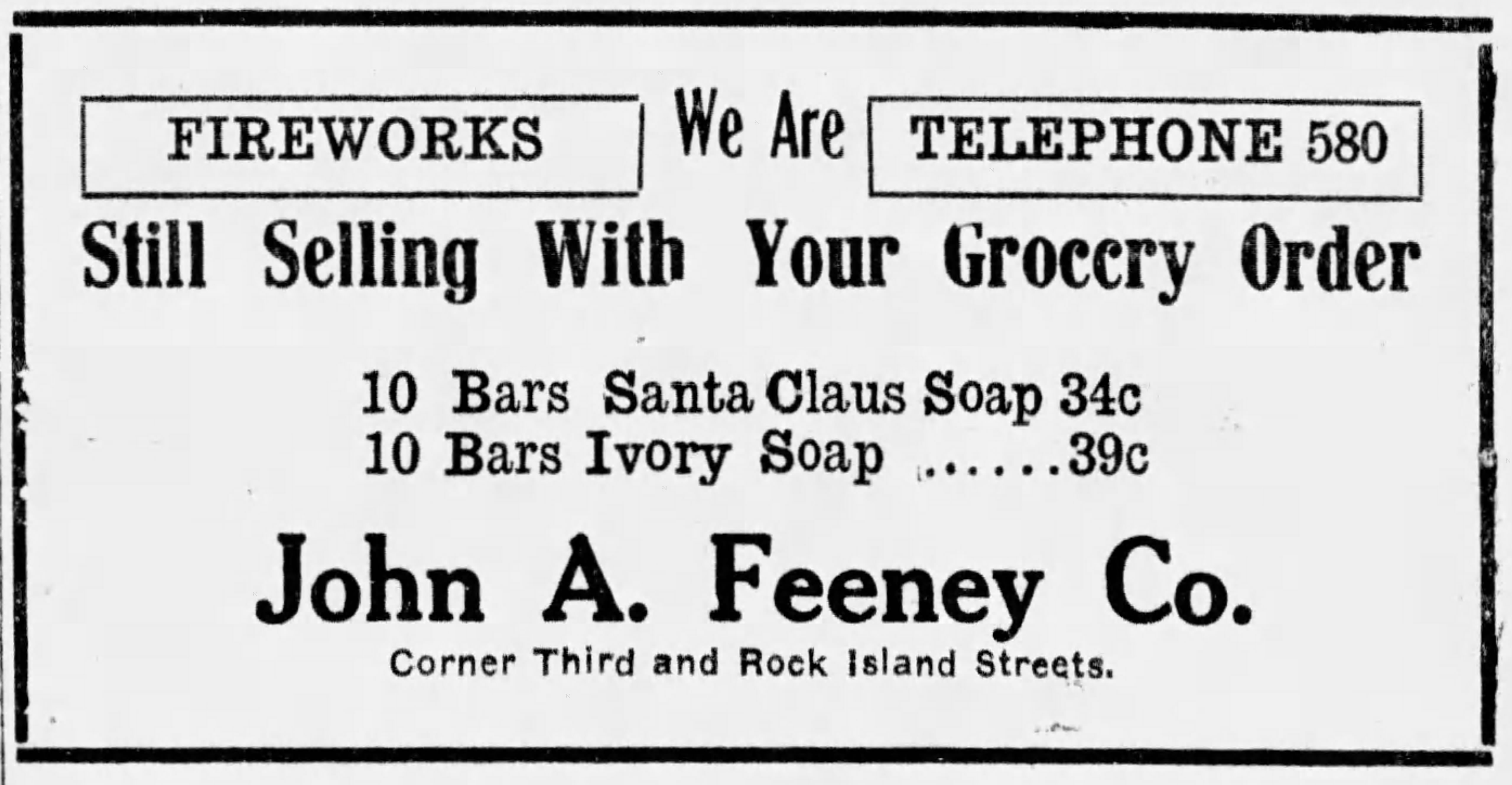 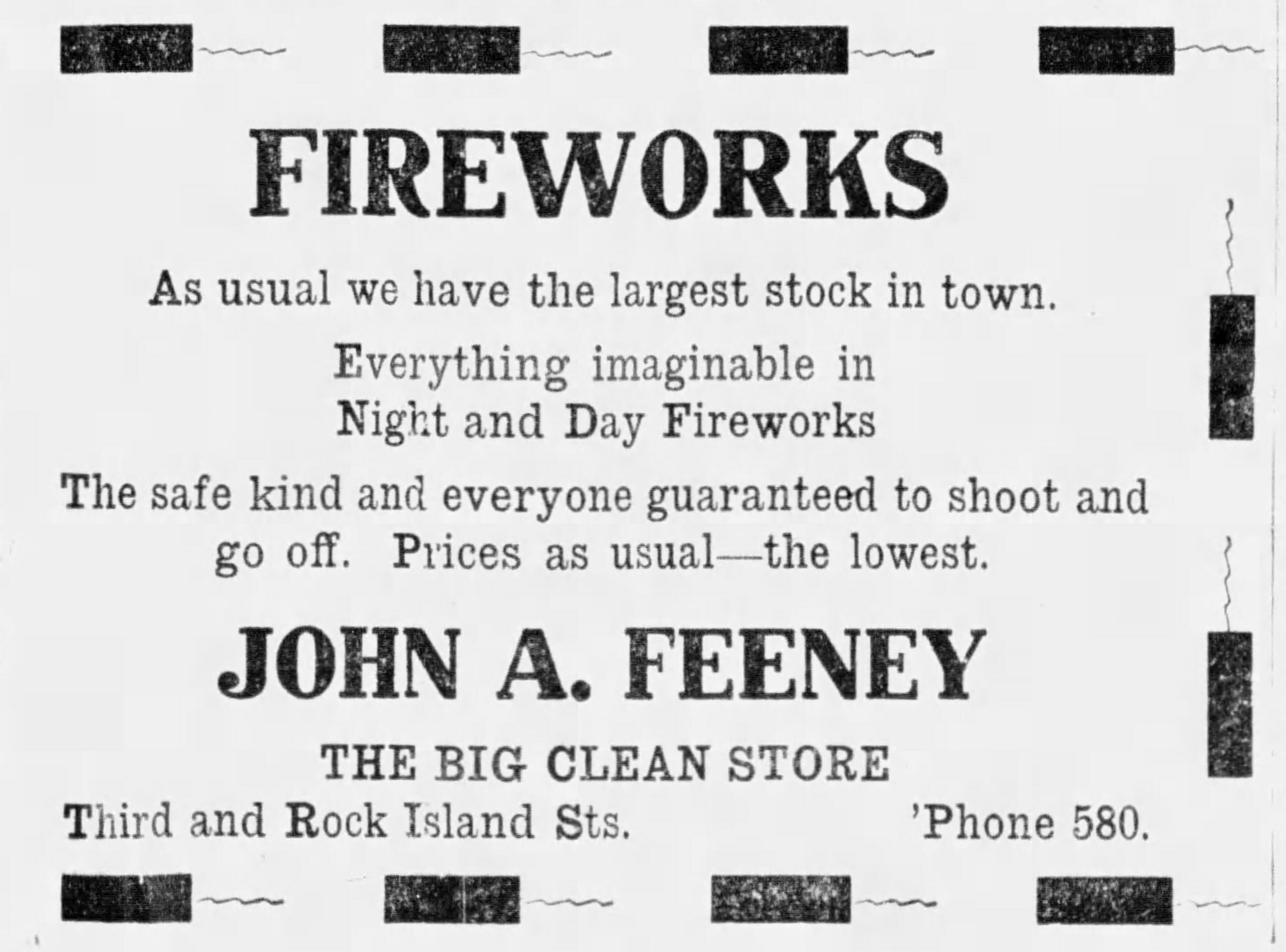 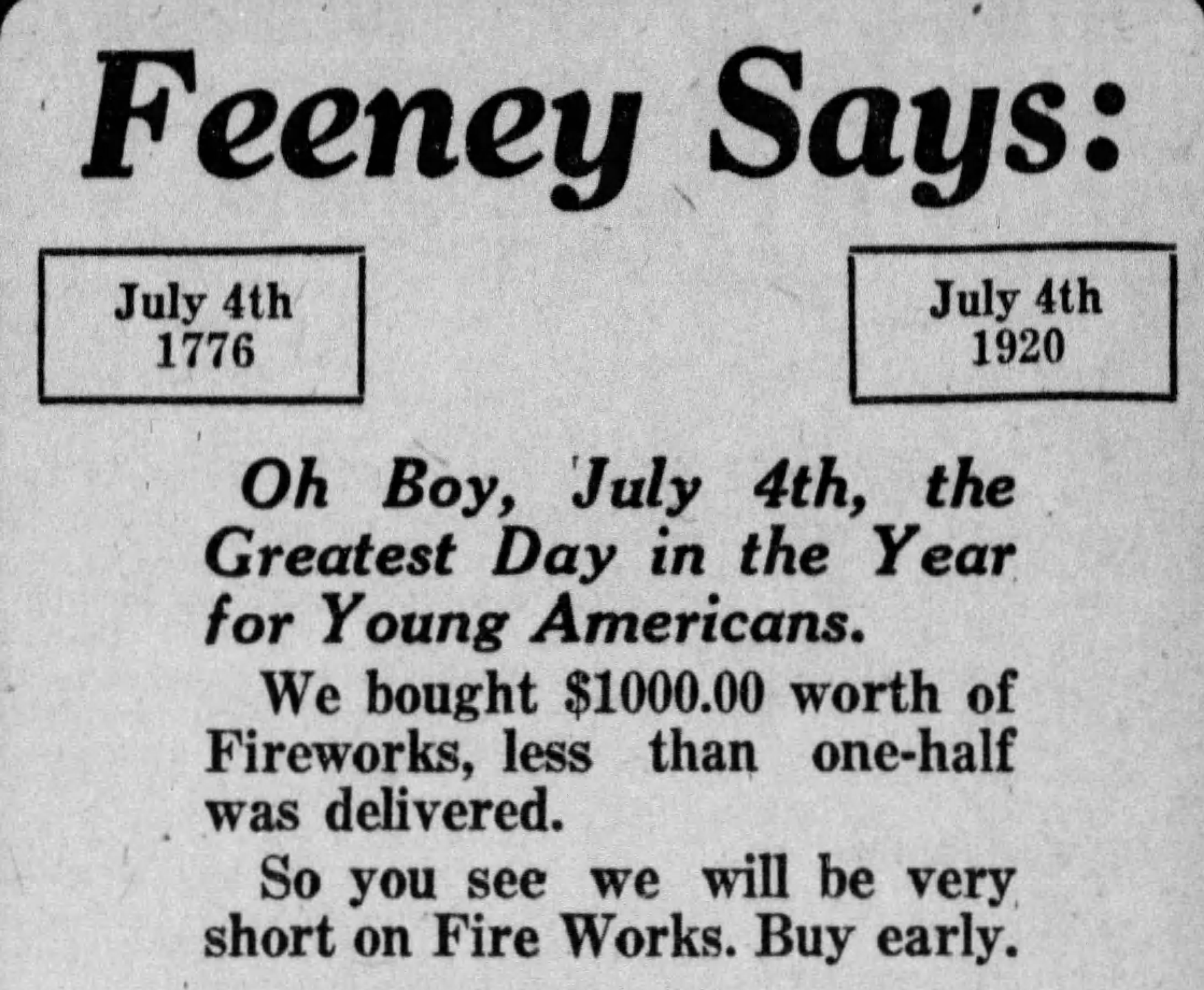 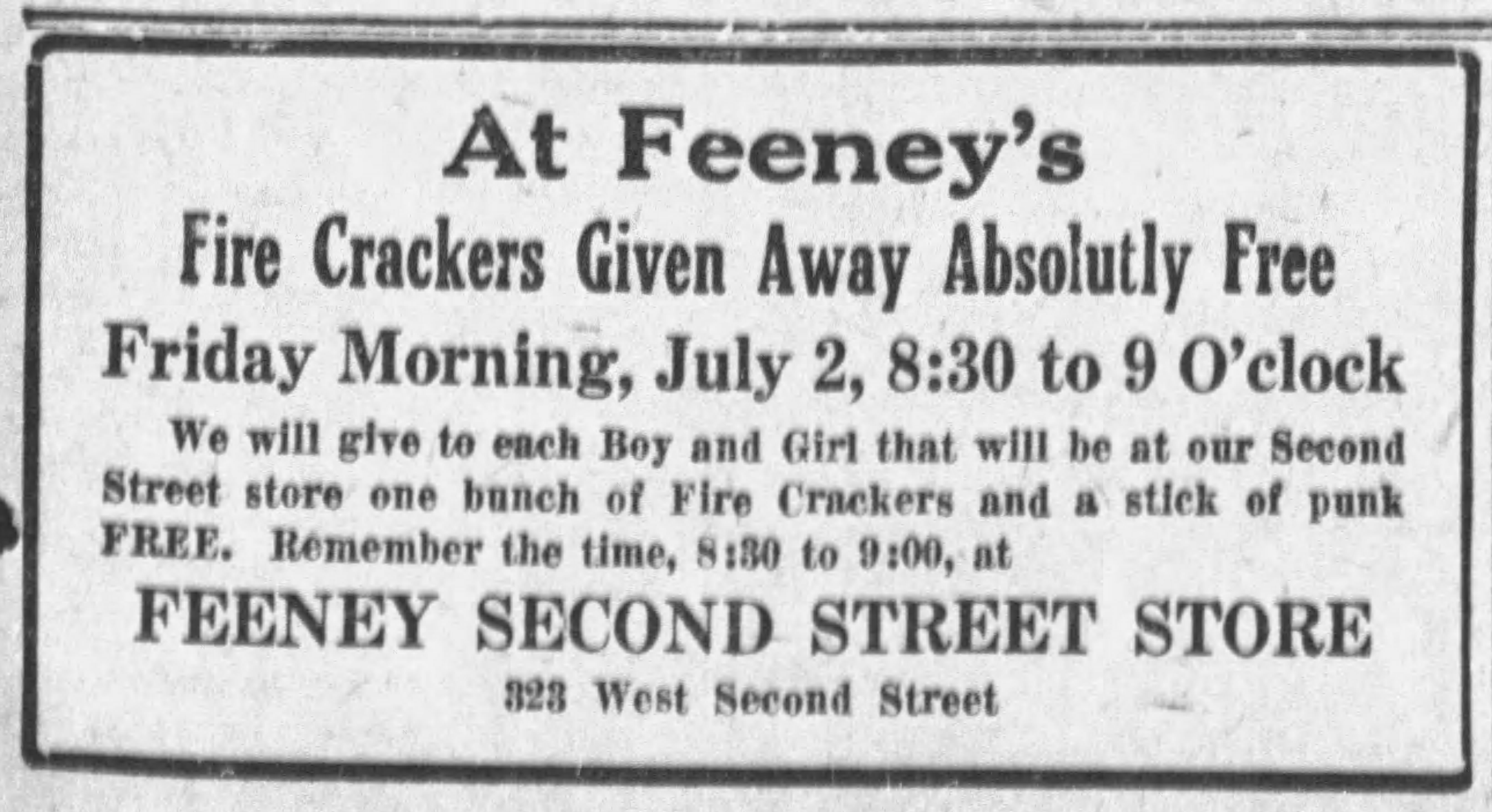 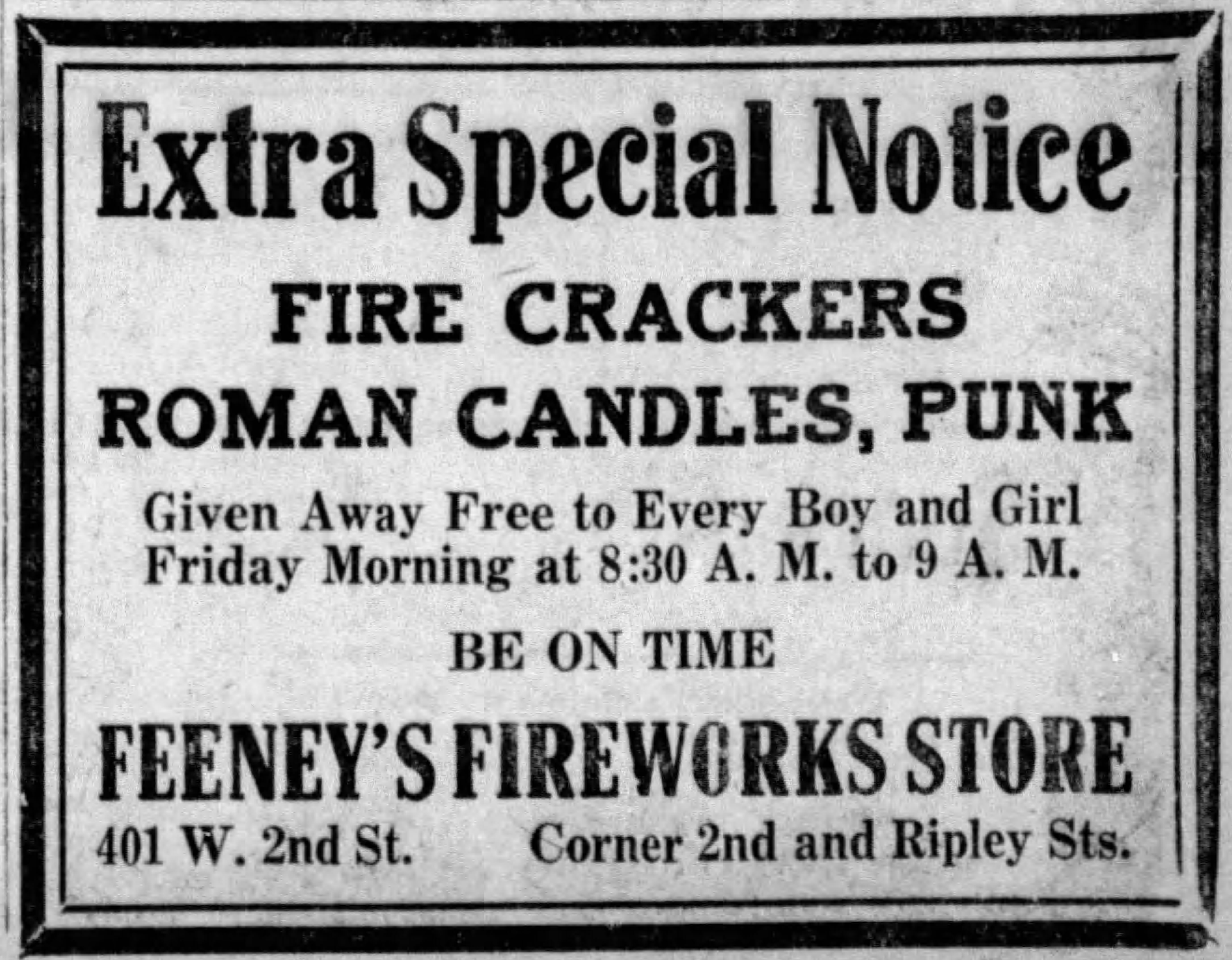 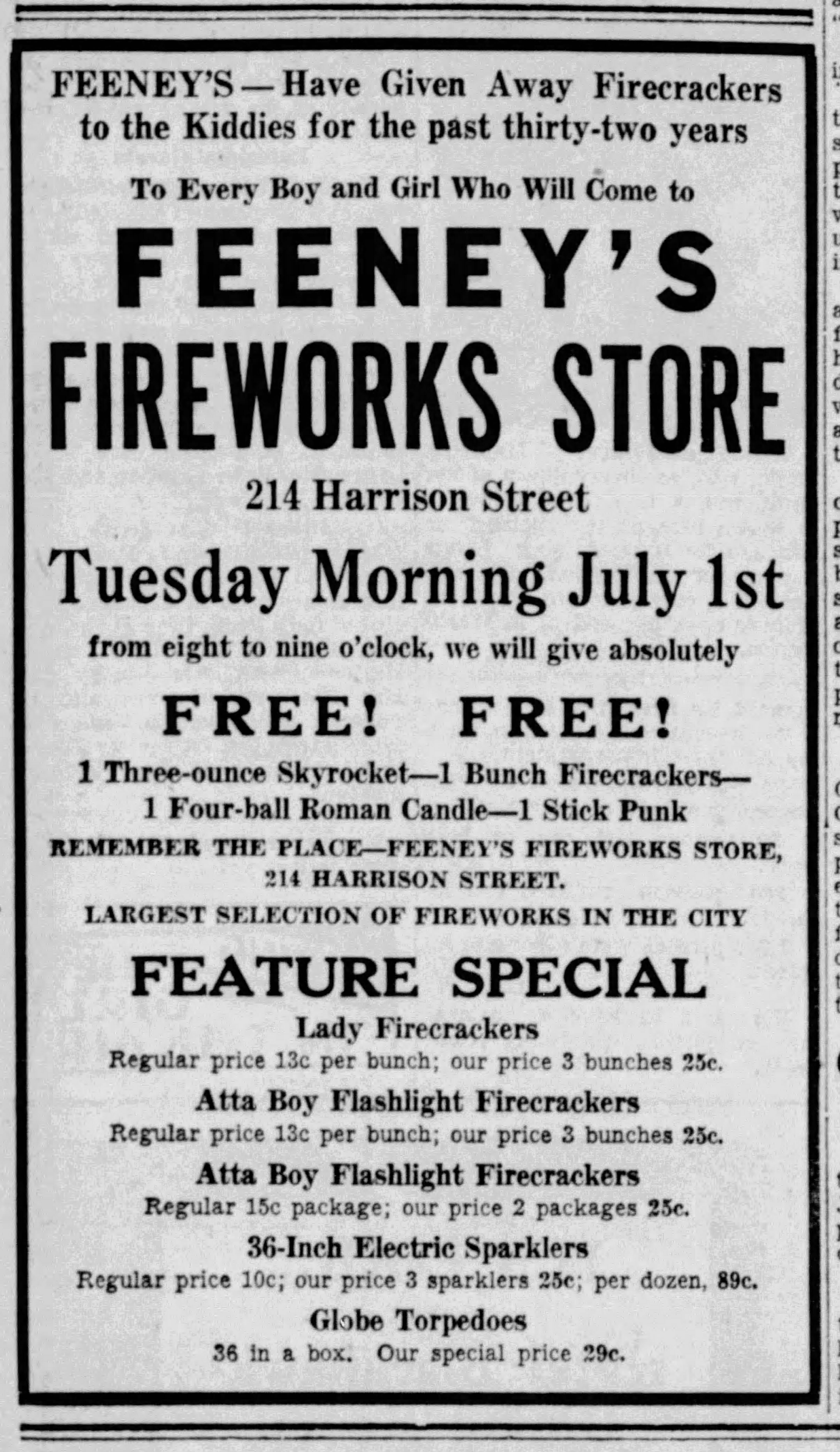 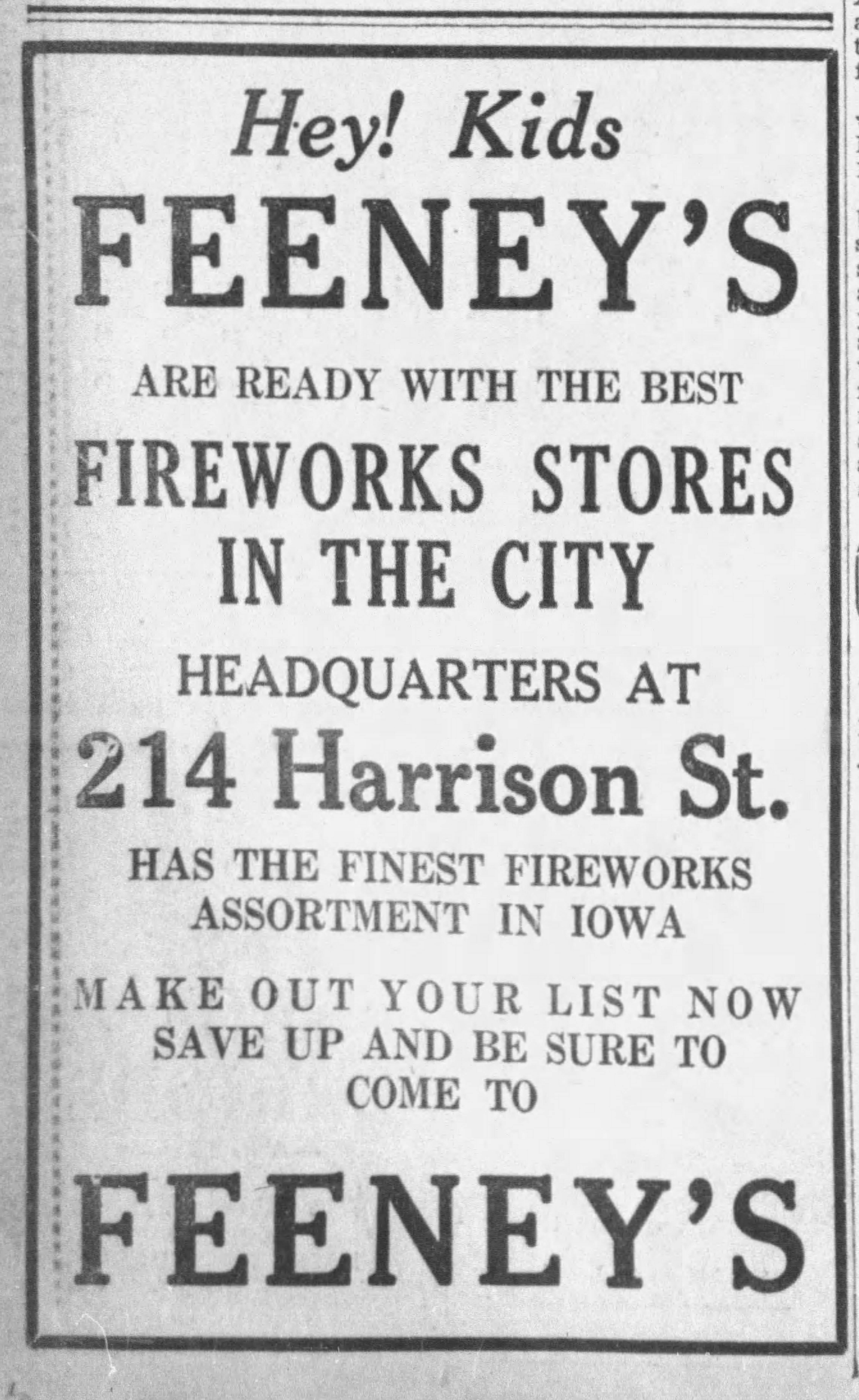 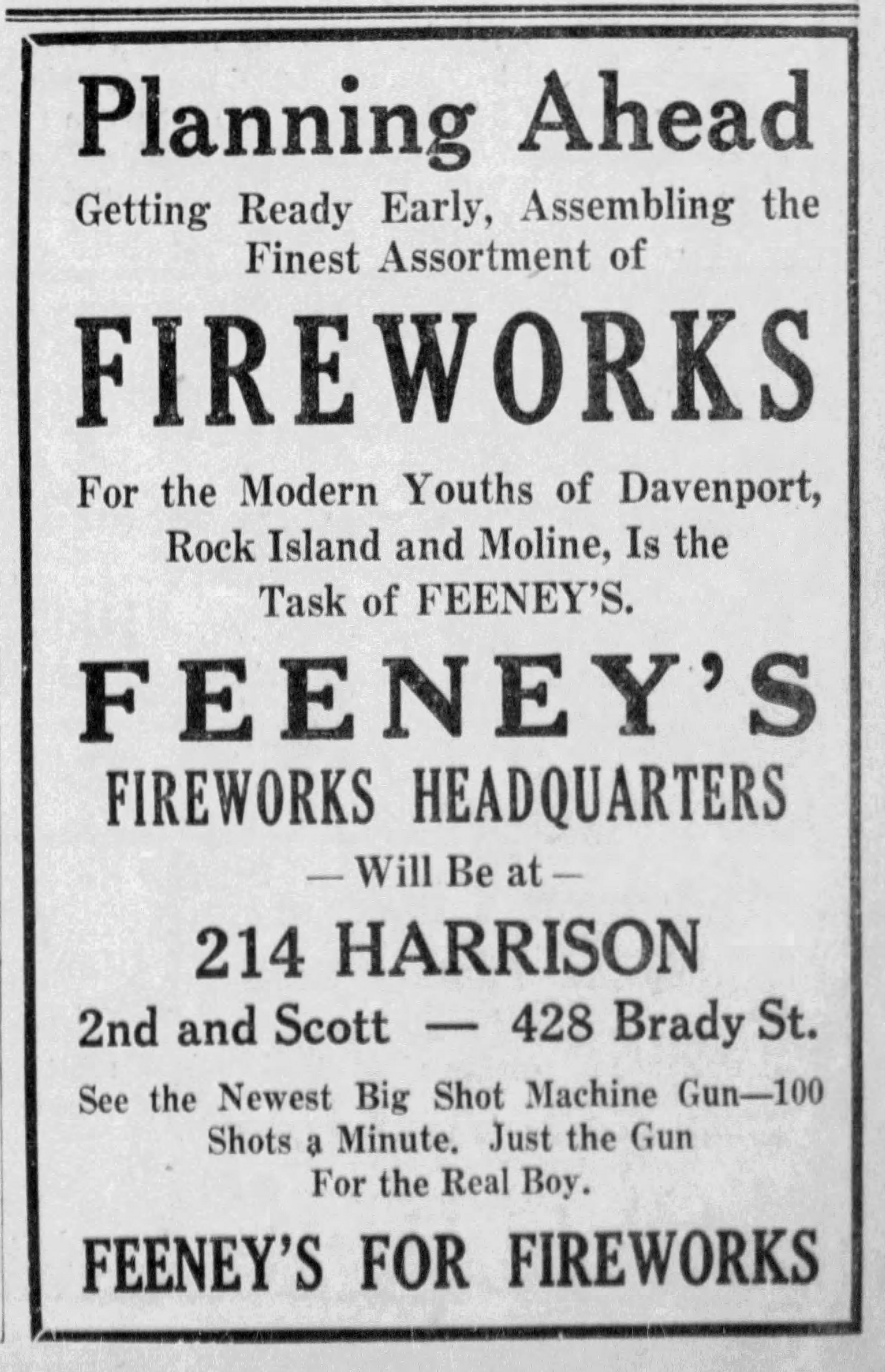 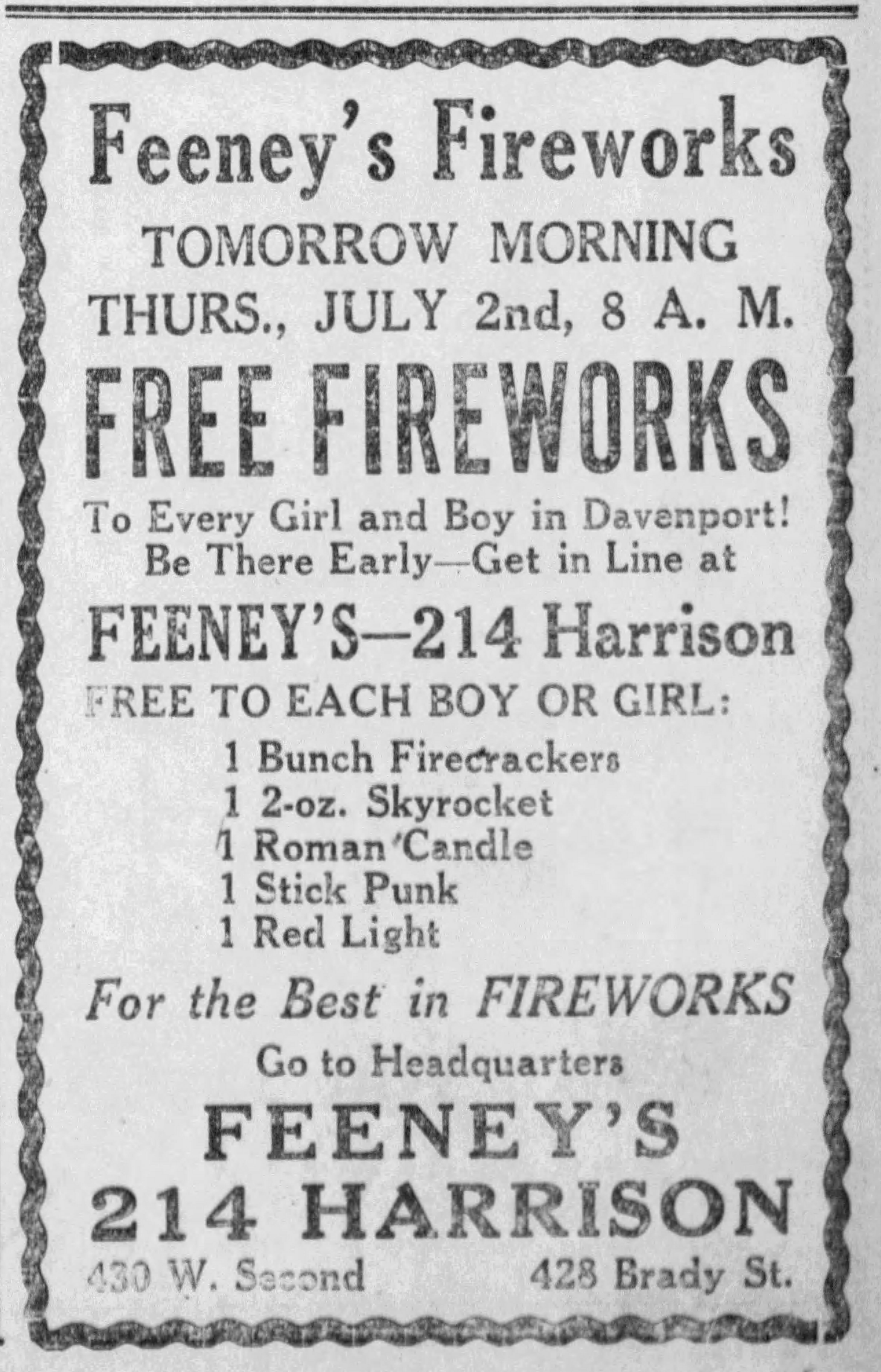 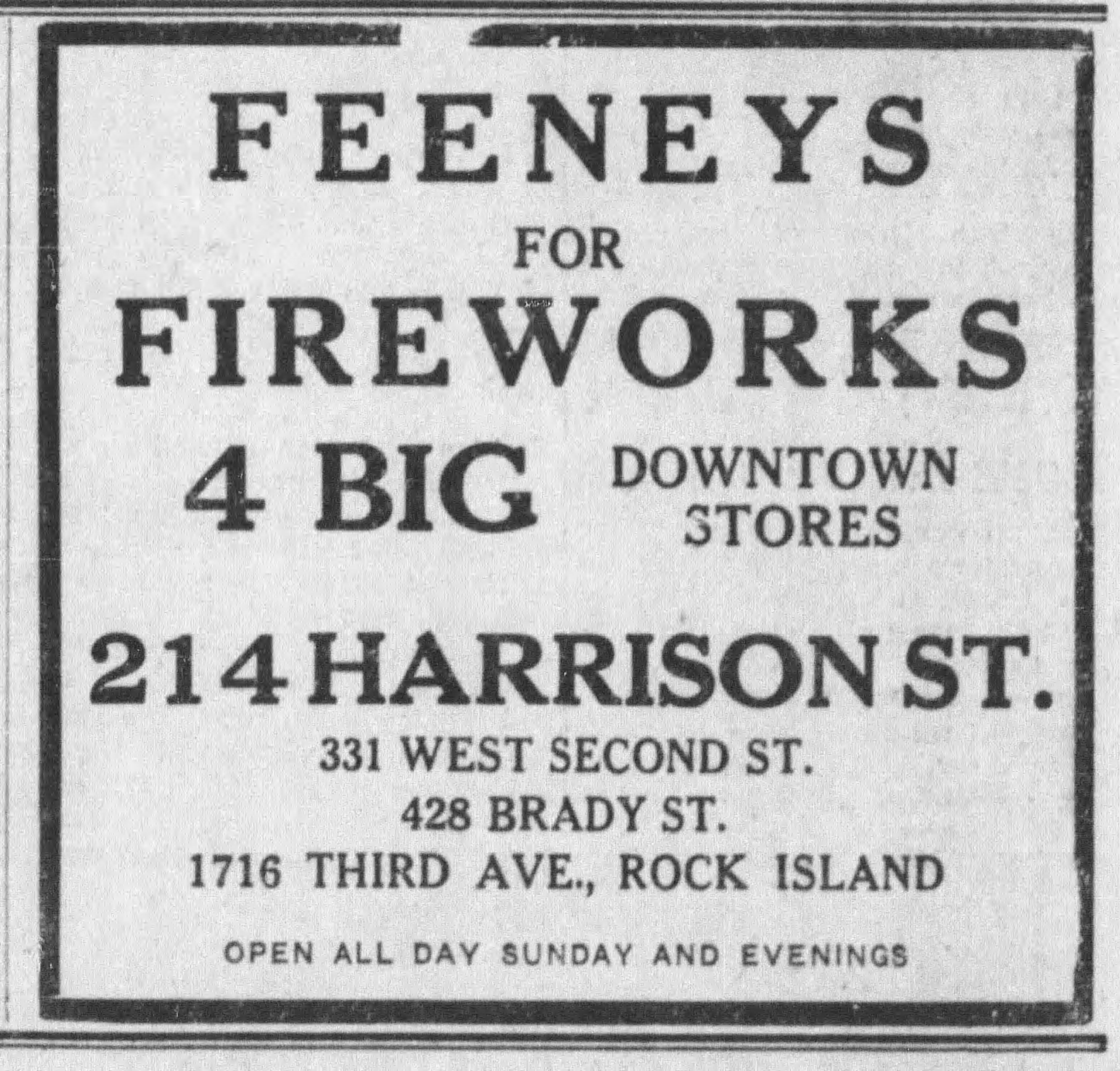 [Show picture list]
Feeney’s Grocery was last located at 422 Brady Street and closed its doors in February 1970. Its history and legacy of fond memories of firework displays are remembered by all its customers.

Bad Behavior has blocked 867 access attempts in the last 7 days.