Davenport, Past and Present by Franc B. Wilkie

Davenport, Past and Present published in May 1858 by the publishing house of Luse, Lane & Co. in Davenport, Iowa was an anticipated volume recounting the early history of Davenport through personal and anecdotal reminiscences, biographical sketches of influential men, and descriptions of the characteristics comprising the city.

The local printing press of Luse, Lane & Co. drummed up excitement about this work by printing an announcement about its status of being “now in Press” in The Davenport Democrat on April 30, 1858. 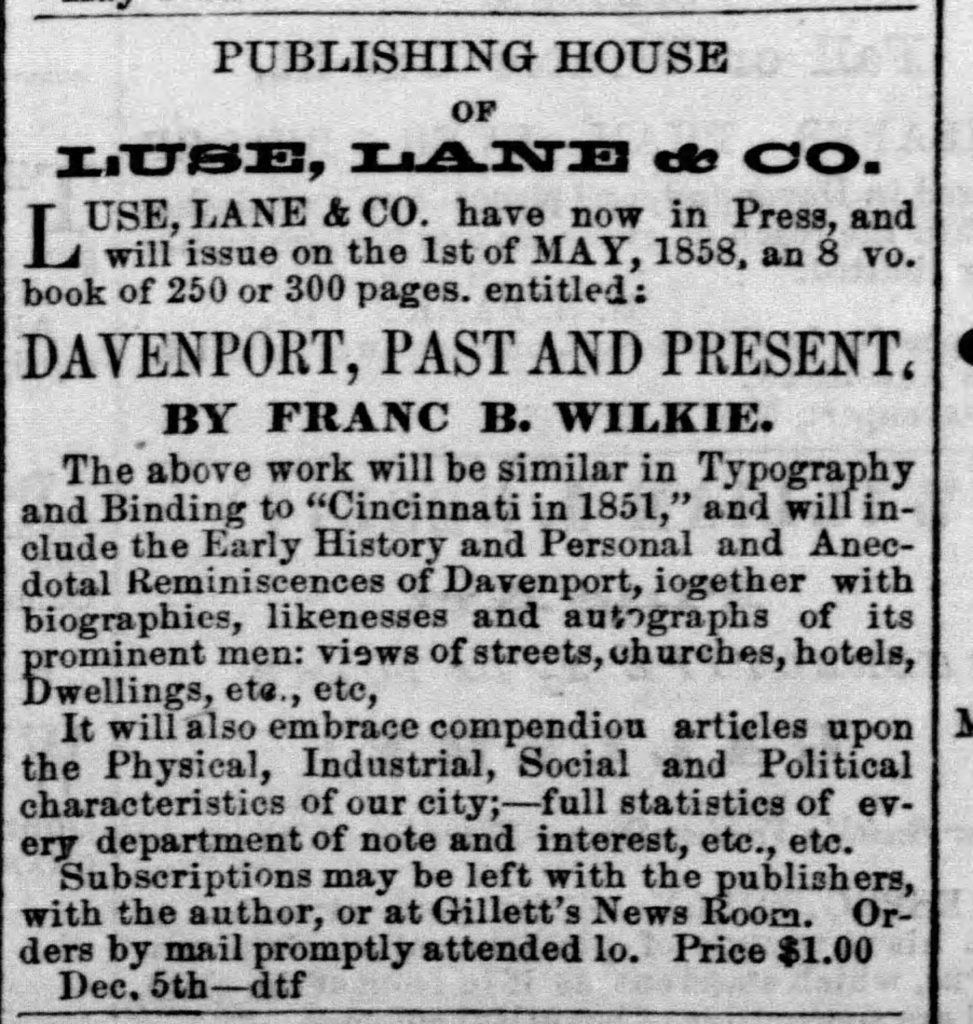 The May 1st release date was postponed until the end of May when the book received another mention in The Morning Democrat when it “at last appeared”  for the public to purchase from either subscription or from bookstores. 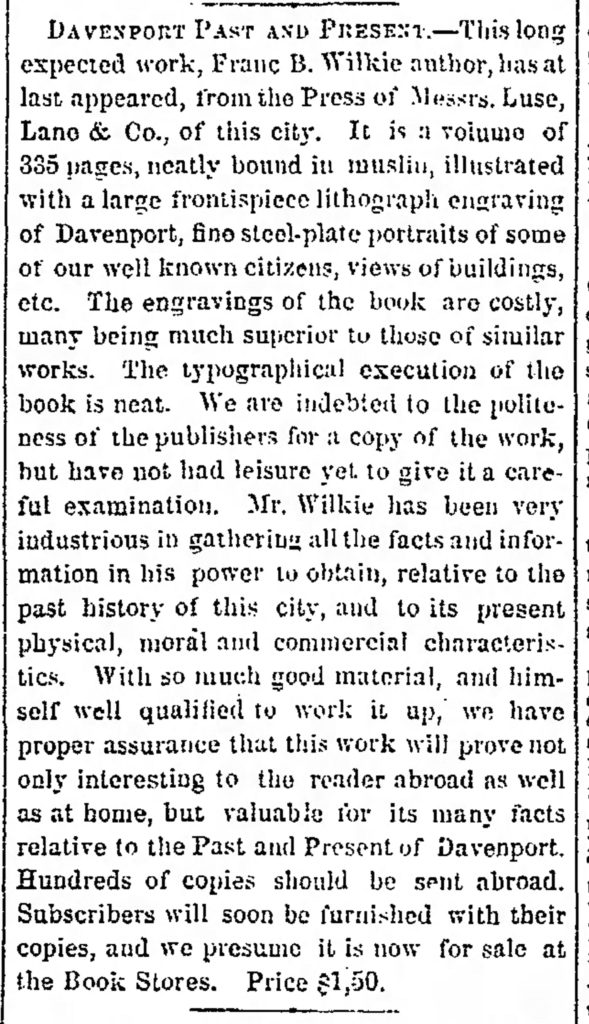 “Davenport Past and Present” article published in The Morning Democrat on Thursday, May 27, 1858.

In 1898, The Davenport Democrat published an article about John E. Wilkie, son of Franc Wilkie. The article reflects on the importance of the father’s contribution to the study of early Davenport: 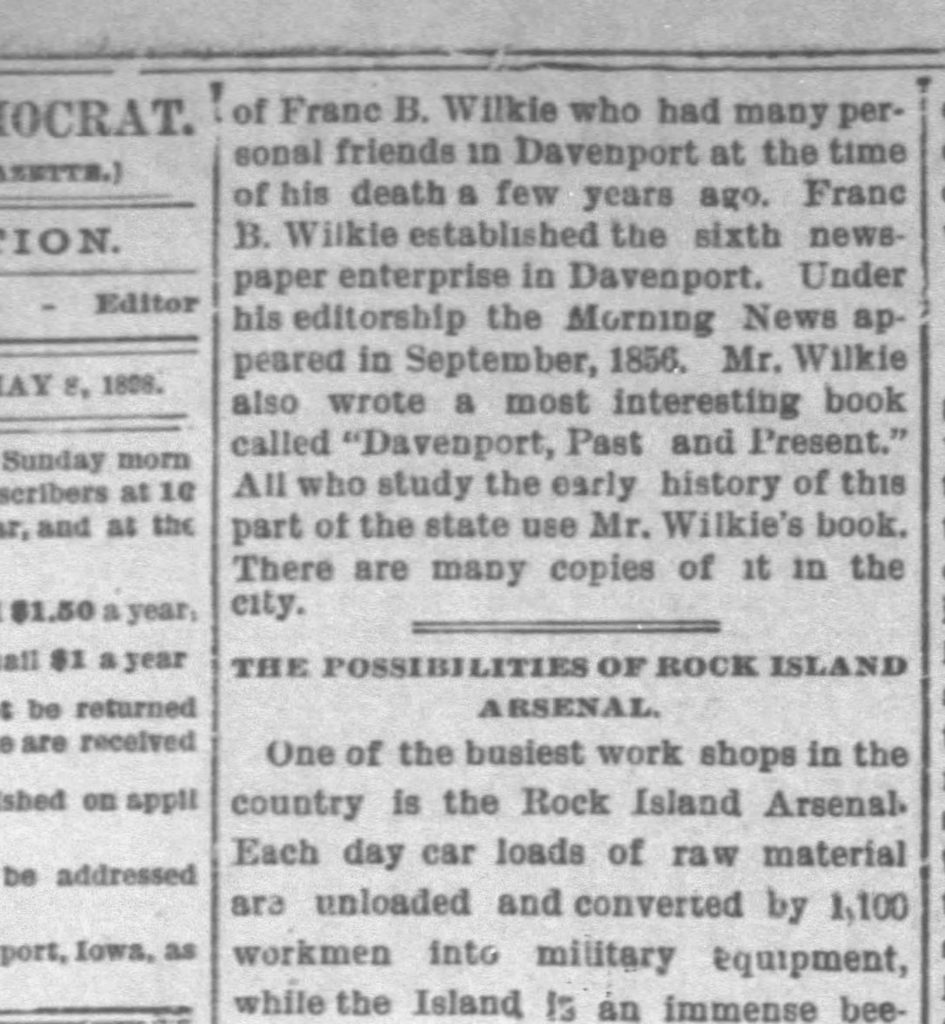 In 1903, the impact of Wilkie’s work is explored through an interview with this son, John. The article consciously acknowledges the successes and failures of this volume while extolling the importance of the work in capturing the intriguing time in Davenport’s history. It publish a serialization of the book in this edition of The Daily Times. 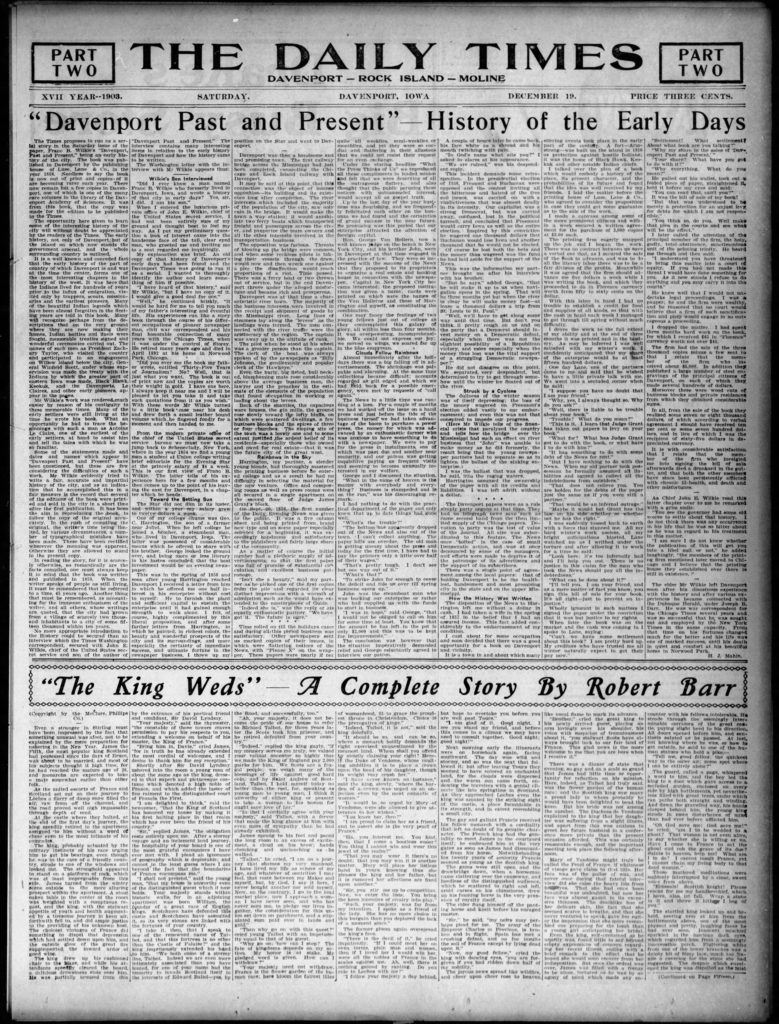 “Davenport Past and Present” – History of the Early Days published in The Daily Times on December 19, 1903.

In addition to the text, the book boast of expertly made illustrated plates of prominent personages, scenes, and buildings in Davenport. A select sampling of this illustrations in directly below: 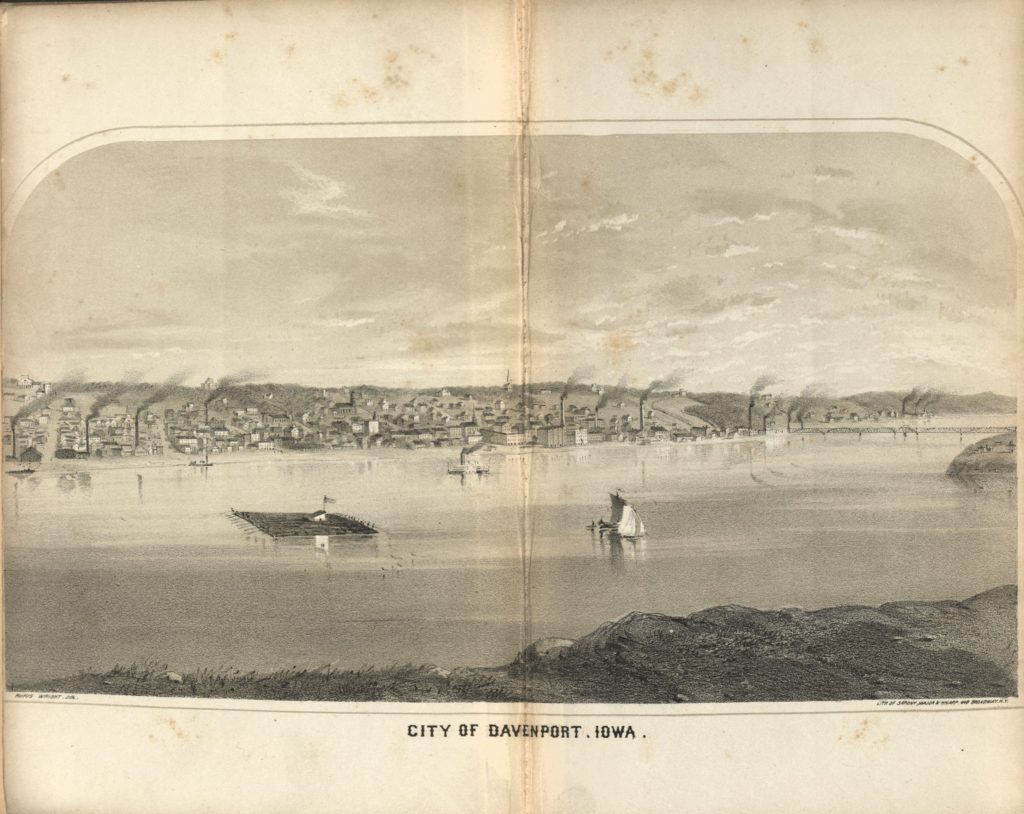 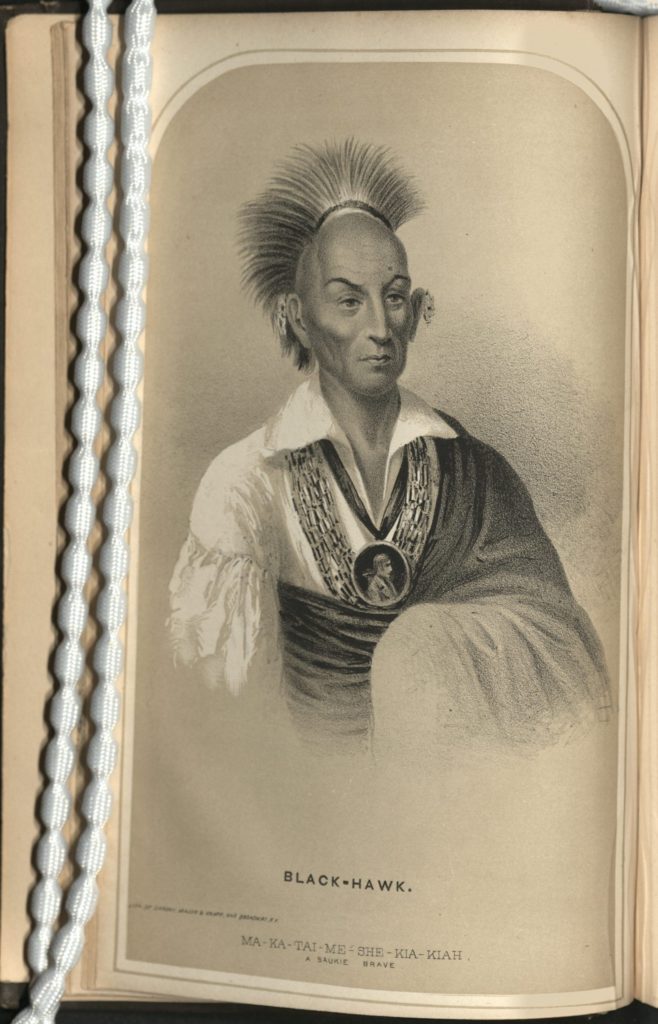 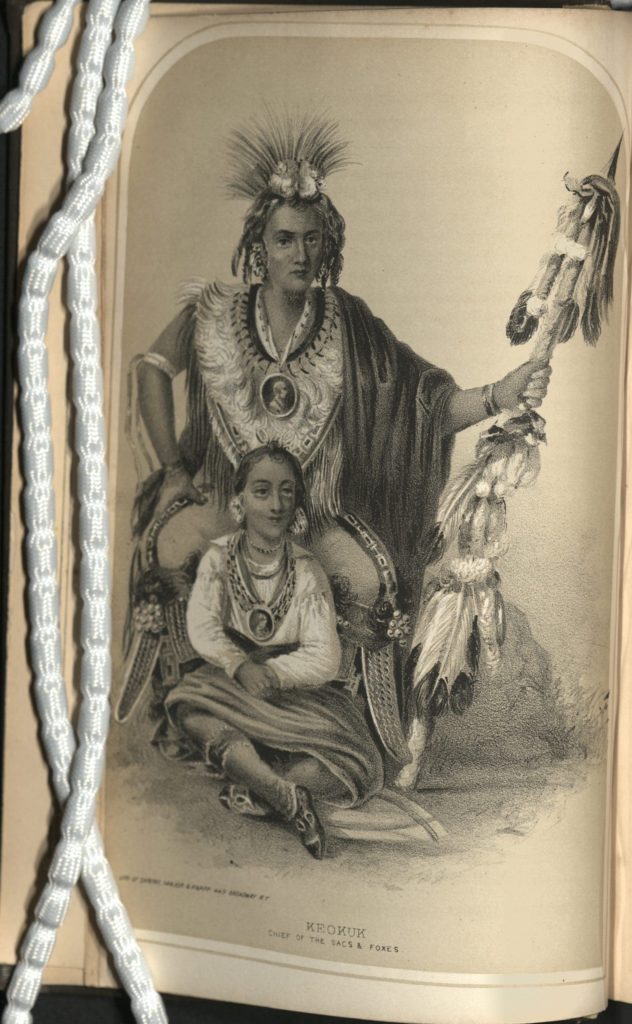 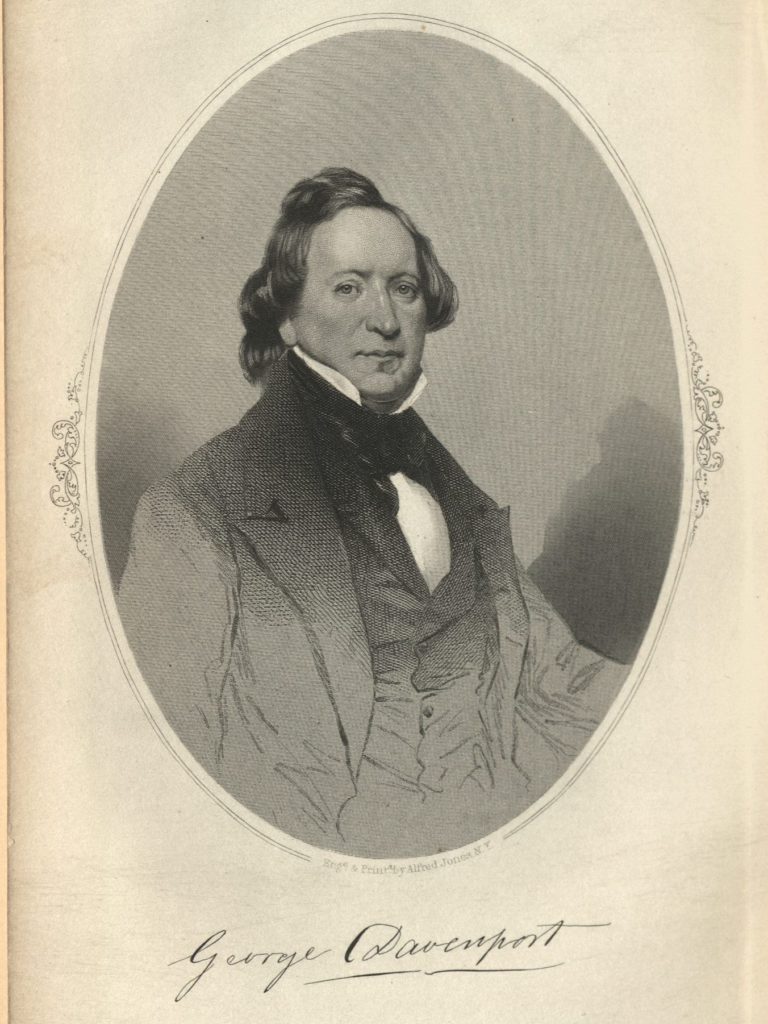 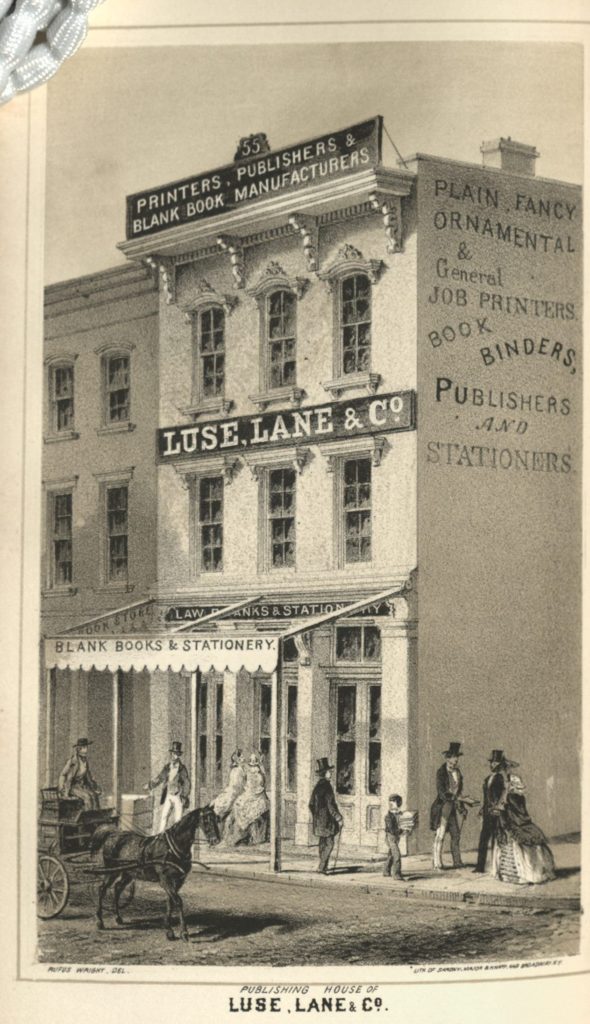 The man behind the storied historical account of Davenport, Iowa was the notable Franc B. Wilkie who was a well-known reporter and editorial writer of Chicago and other area newspapers. He was born in West Charlton, Saratoga County, New York on July 2, 1832. He was a war reporter during the Civil War sharing information about the western battles.  Wilkie’s Davenport, Past and Present provides an essential glimpse into early history of Davenport and the peoples who lived there.

“Death of Franc B. Wilkie” published in the Davenport Weekly Times on April 16, 1892.

Davenport, Past and Present is available for perusal at the Richardson-Sloane Special Collections Center and online through HathiTrust Digital Library.

Like Loading...
This entry was posted in Local History and tagged Davenport Past and Present, Franc B. Wilkie, John E. Wilkie, Luse Lane & Co. Bookmark the permalink.

Bad Behavior has blocked 685 access attempts in the last 7 days.