The Harts were one of the first African American families to settle in Davenport, first appearing in the Davenport City Directory in 1873. One of the reasons for selecting Davenport may have been because William, Leedon’s brother, had settled in Davenport around 1867. 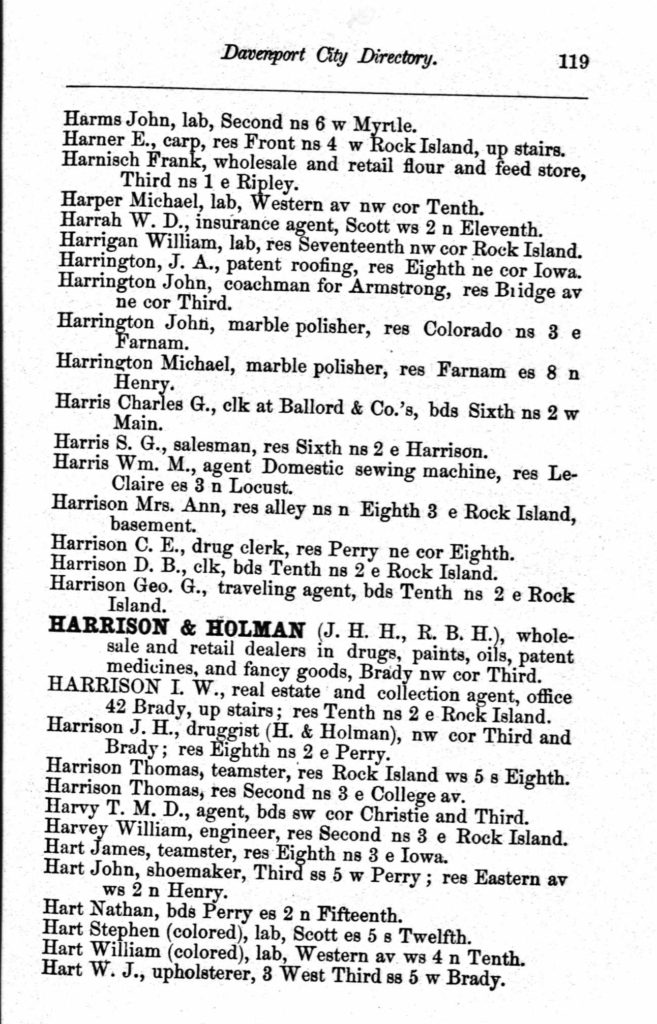 The census record below shows Leedon with his children after Juda passed away. 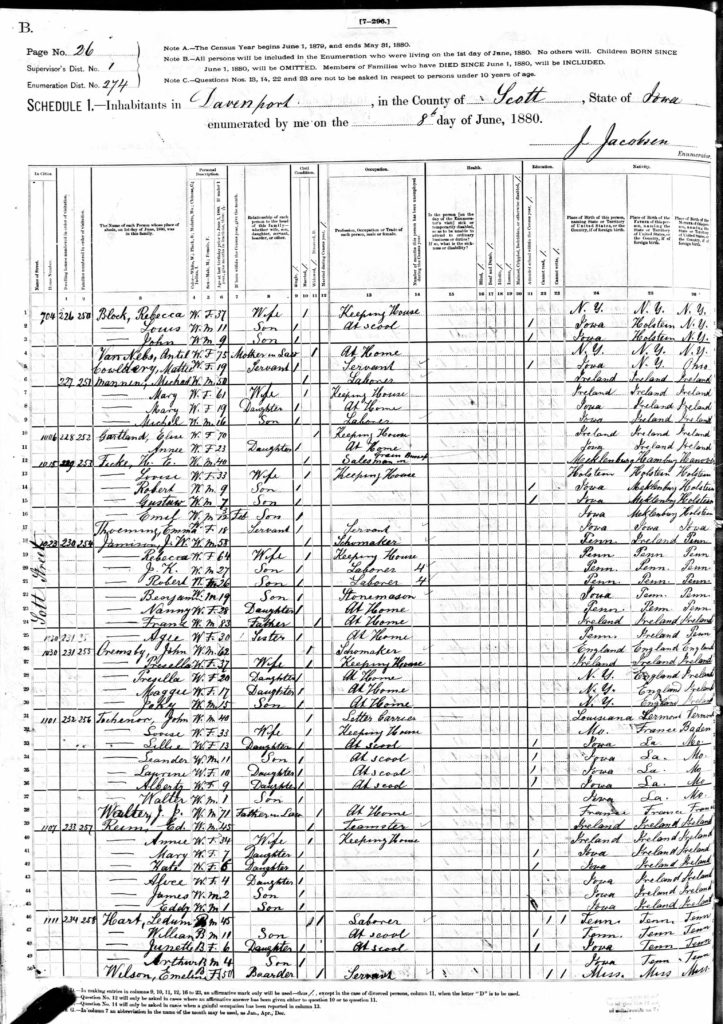 Leedon and his family remained residents of Davenport. On July 15, 1910, Leedon died in Davenport, Scott County, Iowa. Seven years later, Katie passed away on January 27, 1917 in Davenport. They are both buried at Oakdale Cemetery. 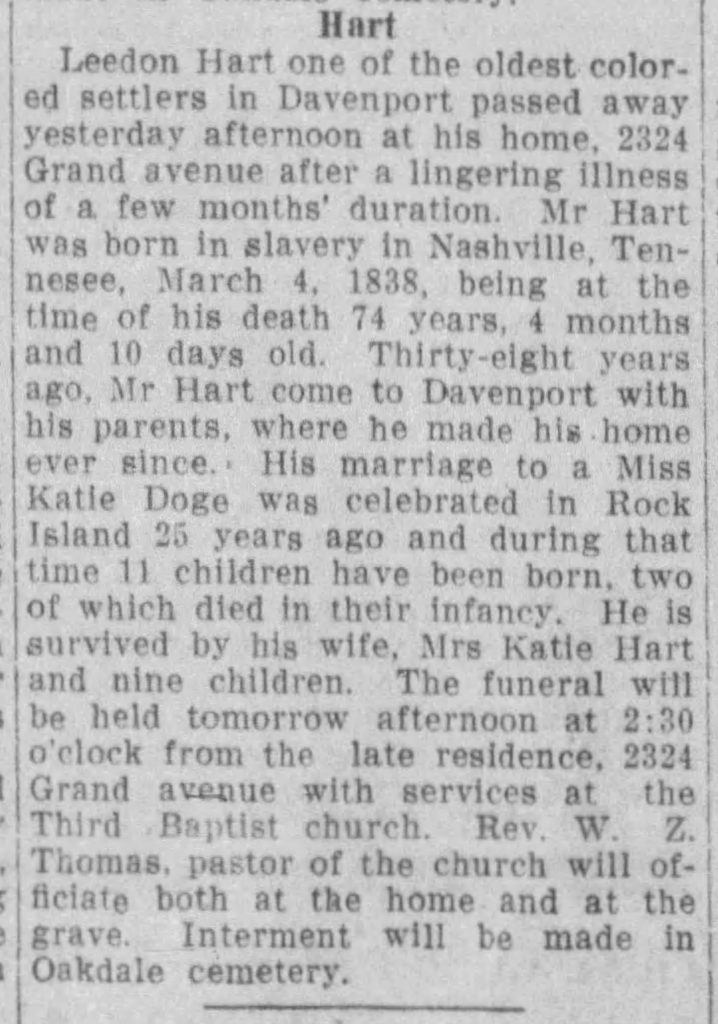 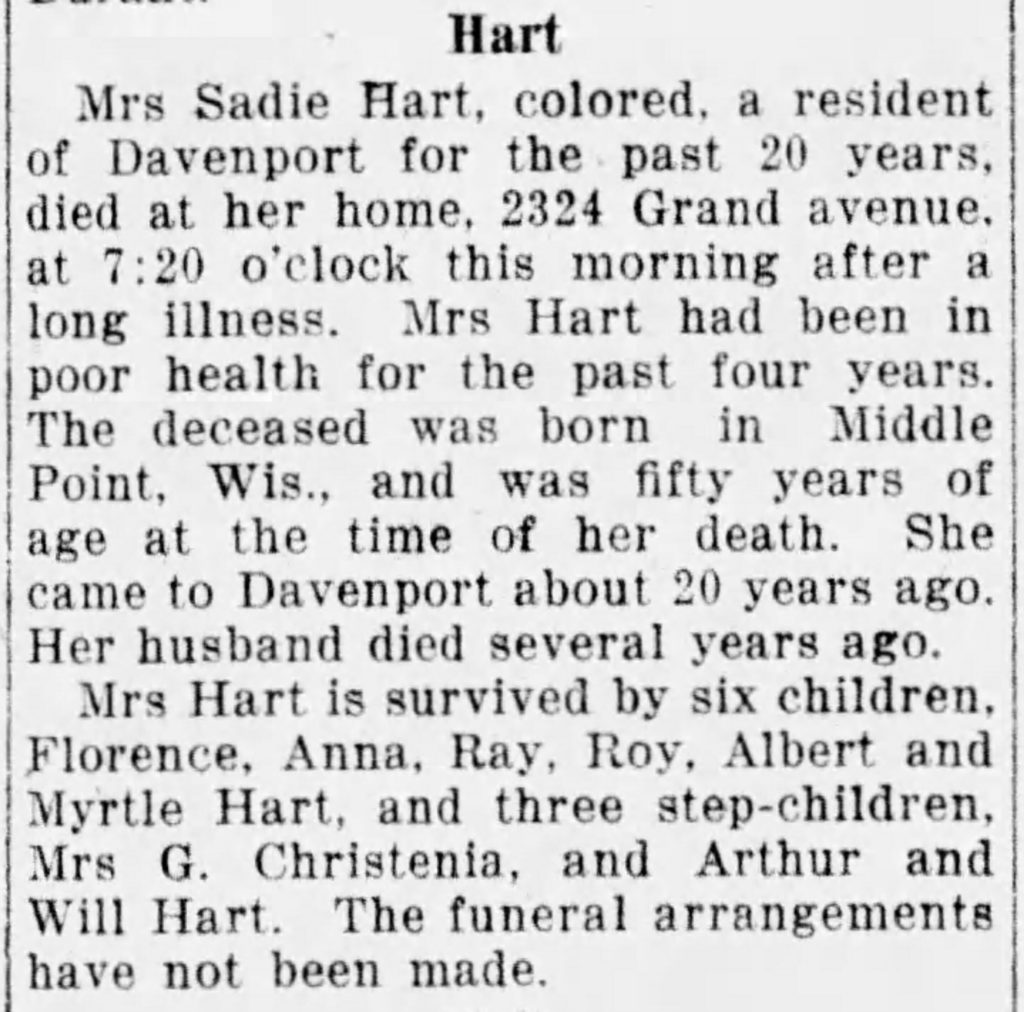