This week marks the always anticipated #ColorOurCollections Week started by The New York Academy of Medicine Library in 2016. #ColorOurCollections is a week-long coloring fest event at the beginning of February that supports the exploration and connections between libraries, their collections, and their communities.  Institutions from around the world share free coloring content created from materials in their collections. The Richardson-Sloane Special Collections Center has had the immense delight to participate in this campaign since 2018.

Our 2019 coloring book features the enchantingly historical sketches by the talented artist, Patrick J. Costello. Many of his works were featured in the publications of Focus on Family magazine, Landmark Sketchbook, and Legends of Our Land, originally found in the Times-Democrat and the Quad City Times newspapers.  He also taught art workshops to  community members as well as owned his own art gallery and frame shop, Costello’s Old Mill in Maquoketa, Iowa.

As we were picking out what to select for this year’s coloring book, we researched the man behind the sketches. 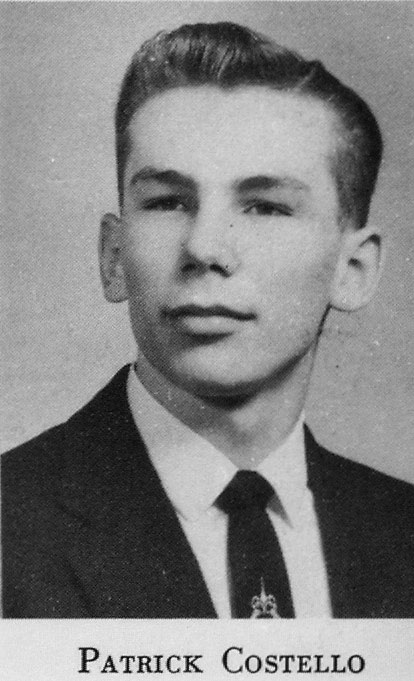 Patrick James Costello was born February 13, 1940 in Omaha, NE to Martin J. and Margaret (Birkel) Costello. He graduated from Davenport High School in 1958, where he became interested in painting. He earned accolades for a conservation poster for a contest supported by the Davenport Garden Center as well as a second place award for a Halloween display. He uses his surrounding environment including his community and nature to inspire his artistic endeavors. 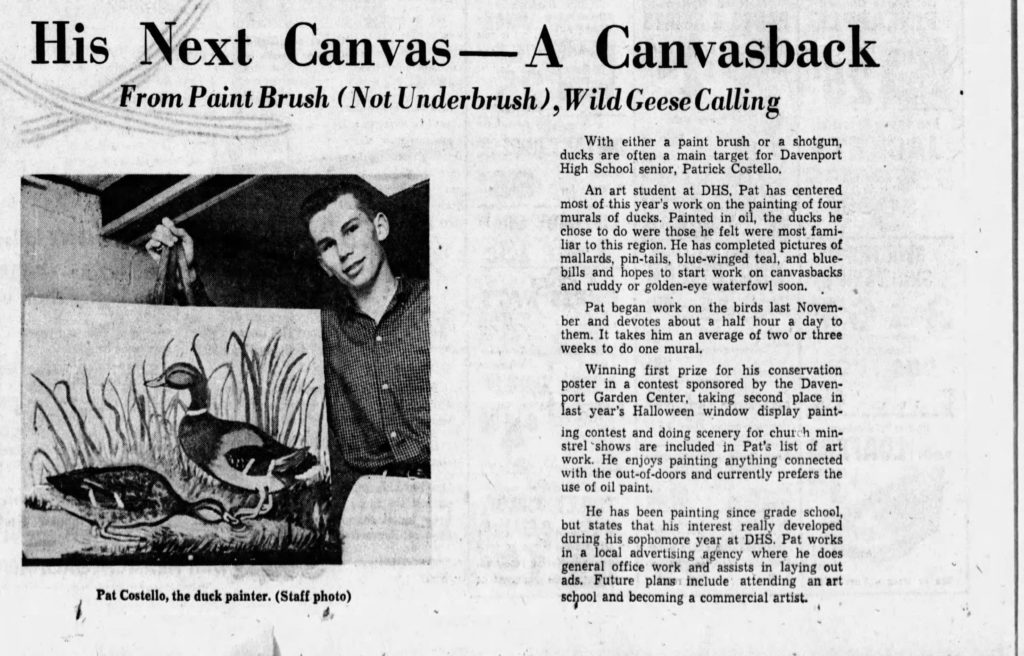 After returning from San Fernando, California, where he and his wife, Joan resided for their first years of marriage, Patrick worked as designer for the Davenport Times-Democrat’s FOCUS on Family magazine section from the mid 1960s through the mid 1970s. The community discovered he was more than just an excellent illustrator. In the article below, Tracy, one of Patrick and Joan’s twin daughter, celebrates his hobby of collecting antiques. 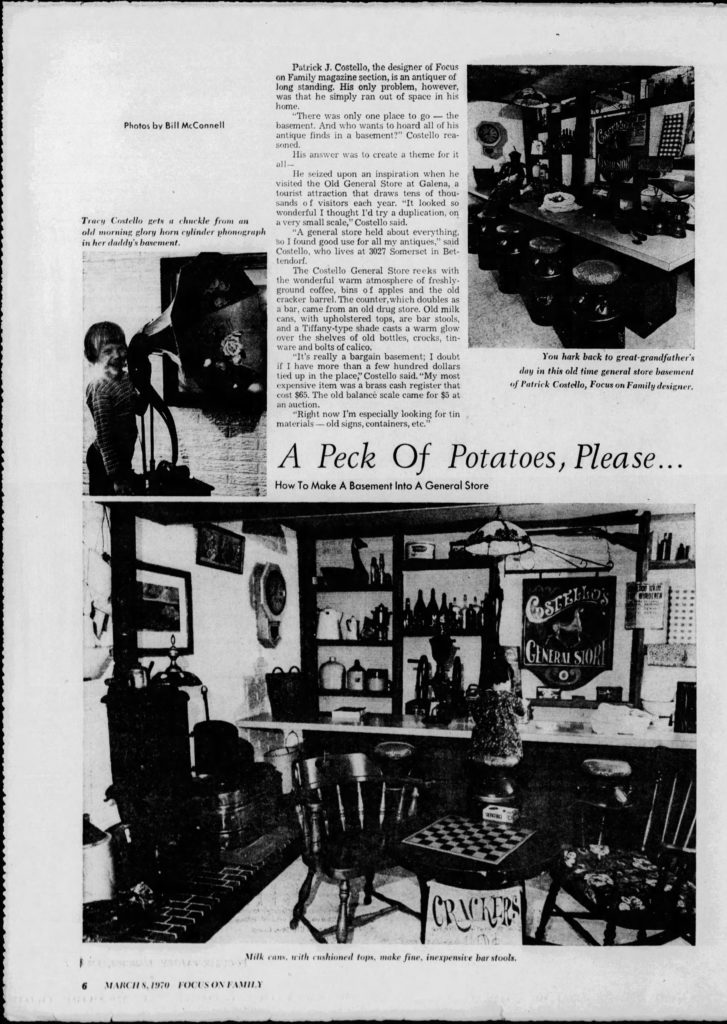 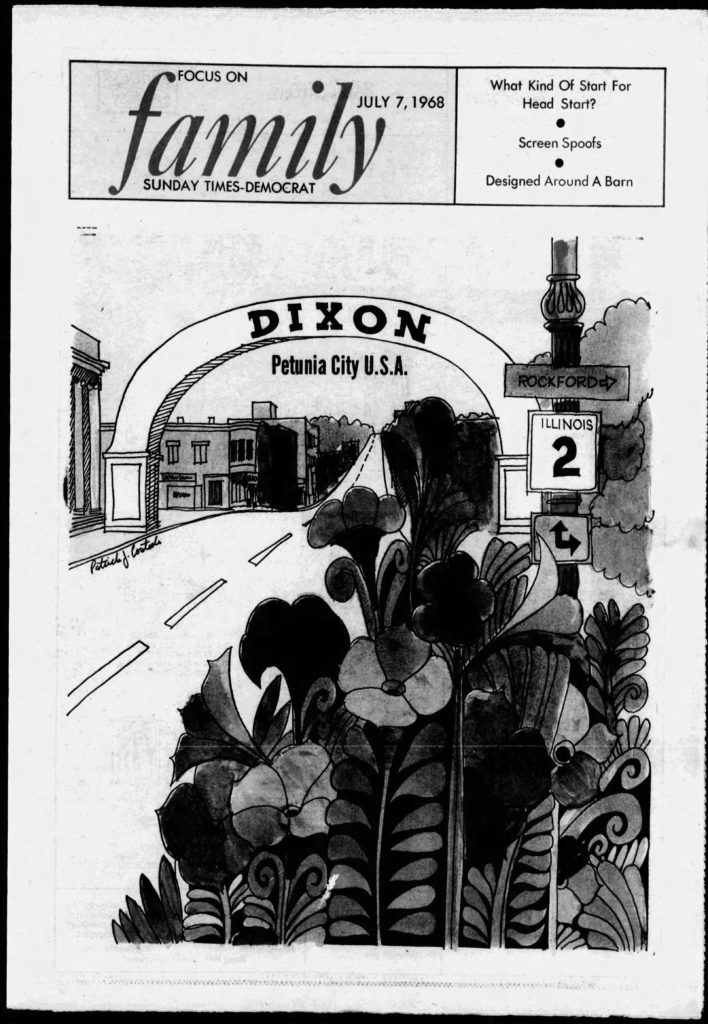 His delightful illustrations were featured in the publications Landmark Sketchbook, Legends of Our Land, and the Davenport City Government annual reports for 1969 and 1970. 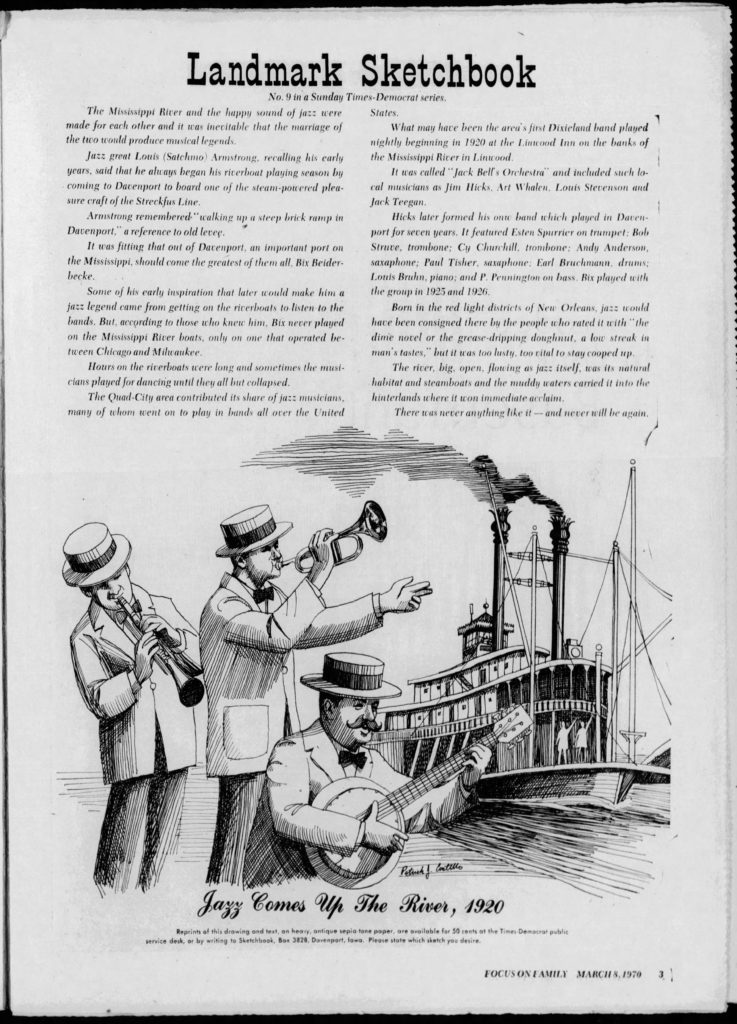 In 1978, he purchased and restored a 1867 stone grist mill in Maquoketa, Iowa, which became Costello’s Old Mill Gallery. The mill was renovated with authentic details of an original water wheel and interior woodwork all in oak. His gallery was recognized as an institution for wildlife art and framing. 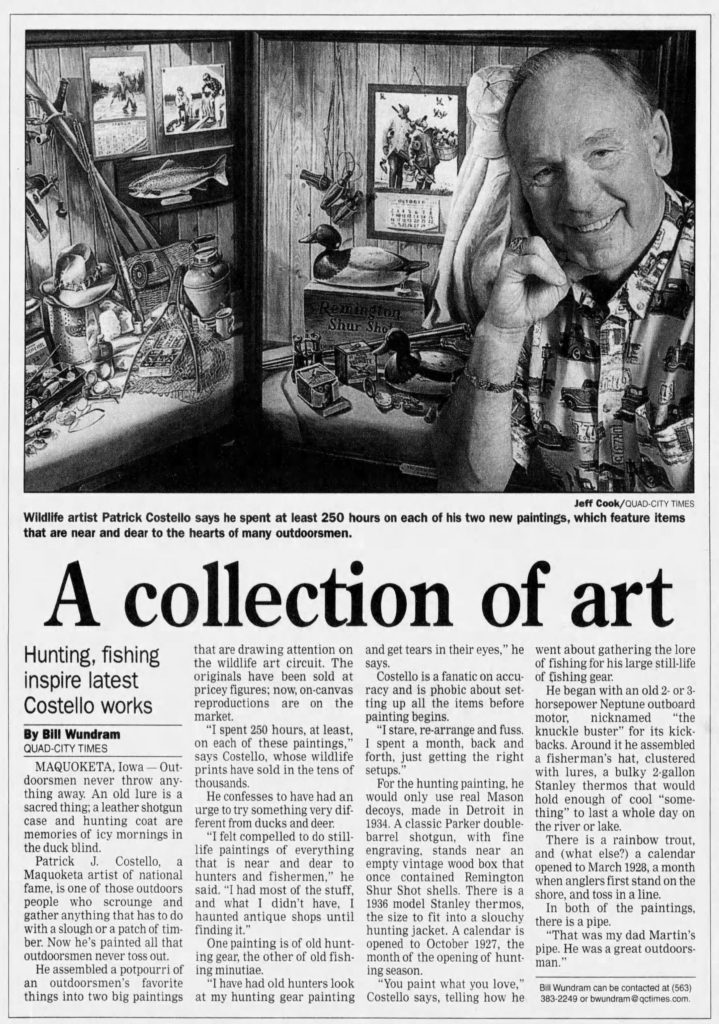 Patrick’s passion for painting is still going strong. Patrick is a member the Sonoma Arts League in Arizona. Some of his paintings have been turned into jigsaw puzzles.

We also have it available on our blog: #ColorOurCollections-The Richardson-Sloane Special Collections Center.

If you want to check out more coloring pages, follow this link: #ColorOurCollections

Like Loading...
This entry was posted in Local History and tagged coloring book, Coloring Our Collections, Patrick Costello. Bookmark the permalink.