One of our favorite books in our collection is A portfolio of cartoons as published by the Davenport Times 1912-13. As the title suggests, it contains a series of caricatures of prominent Davenport citizens that were published in the local newspaper just over 100 years ago. The cartoons were accompanied by short descriptive poems written by Irving C. Norwood.

While browsing through the cartoons, we noticed not only several successful men, but their successful sons as well. In honor of Father’s Day, we would like to share with your some of those pages (and another sketch from our photograph collection). We’ve added full names, birth and death years, and career paths below the sketch. 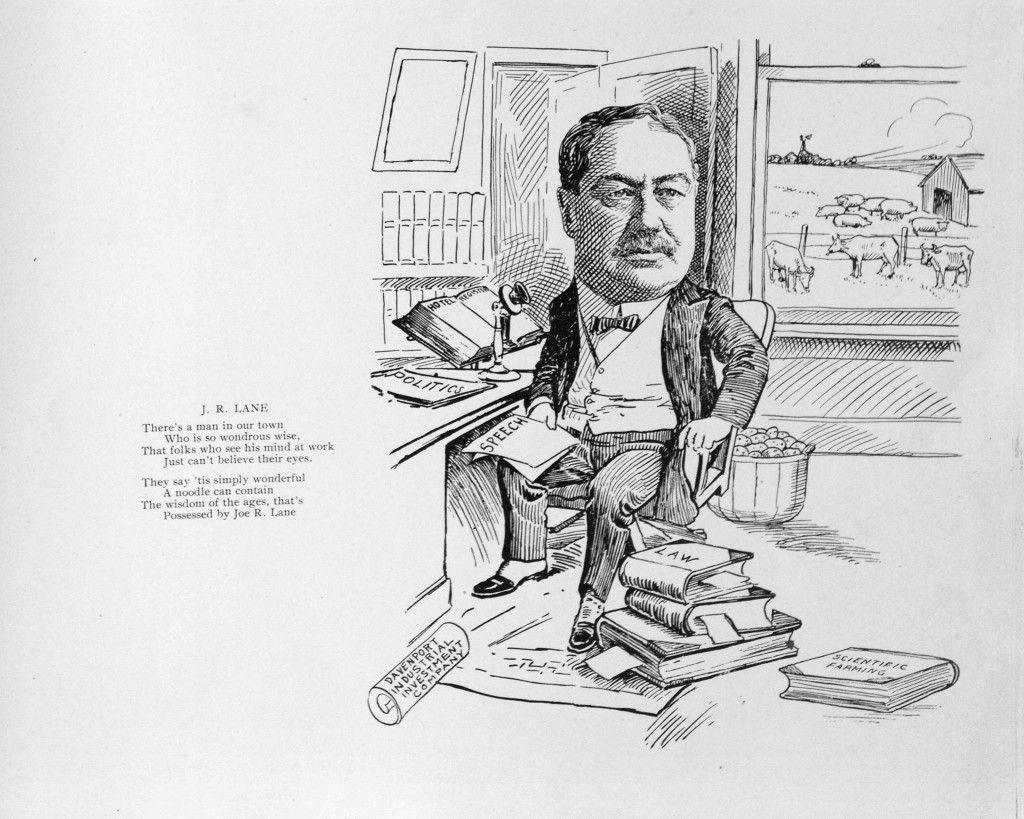 – J. Reed Lane, like his father, was also a lawyer and associated with many companies. 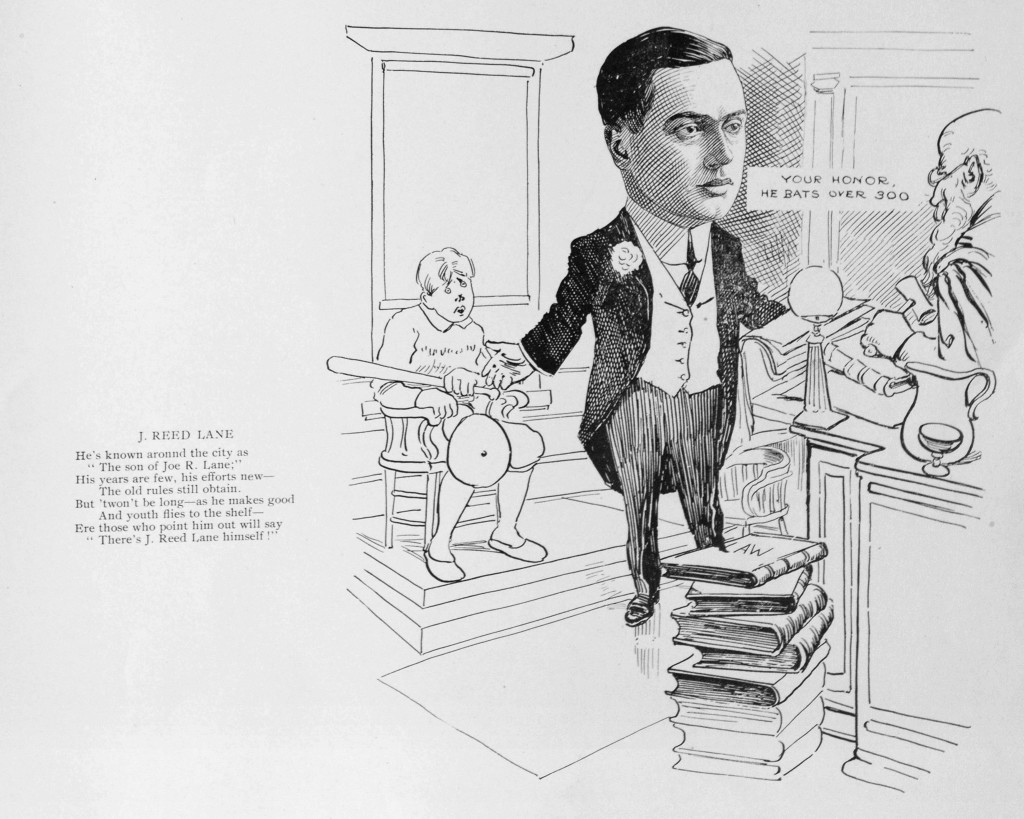 – G.W. French was president of French & Hecht and lived at Iowana Farms. 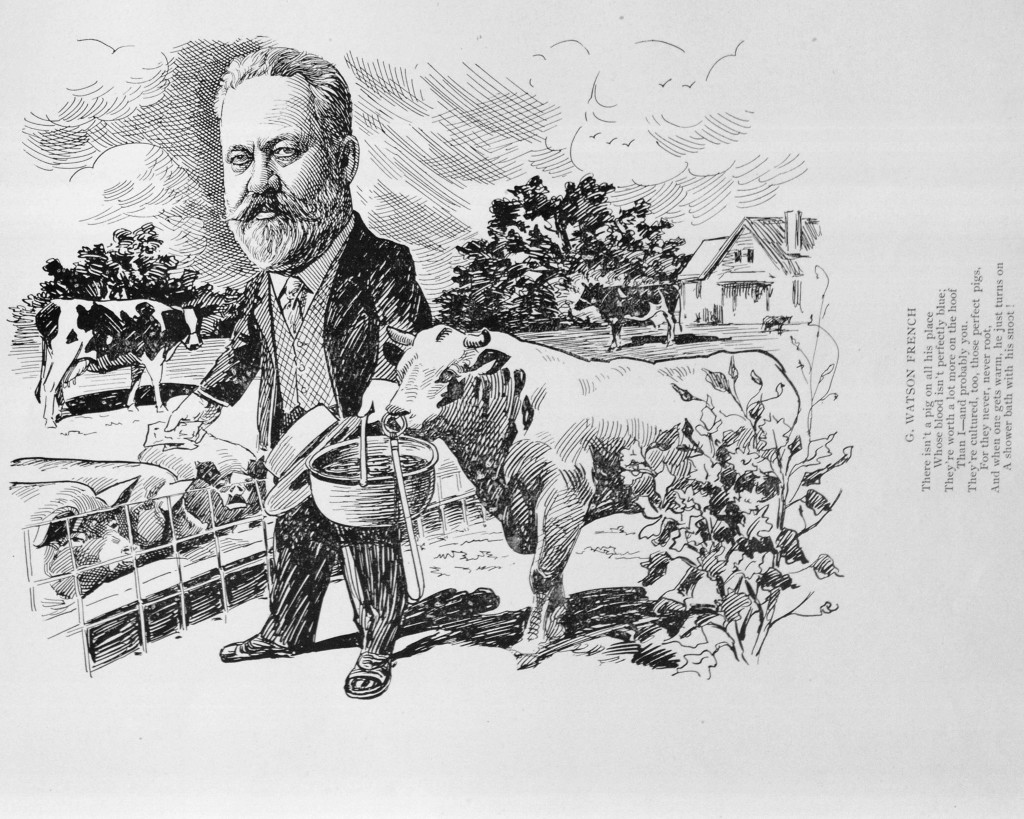 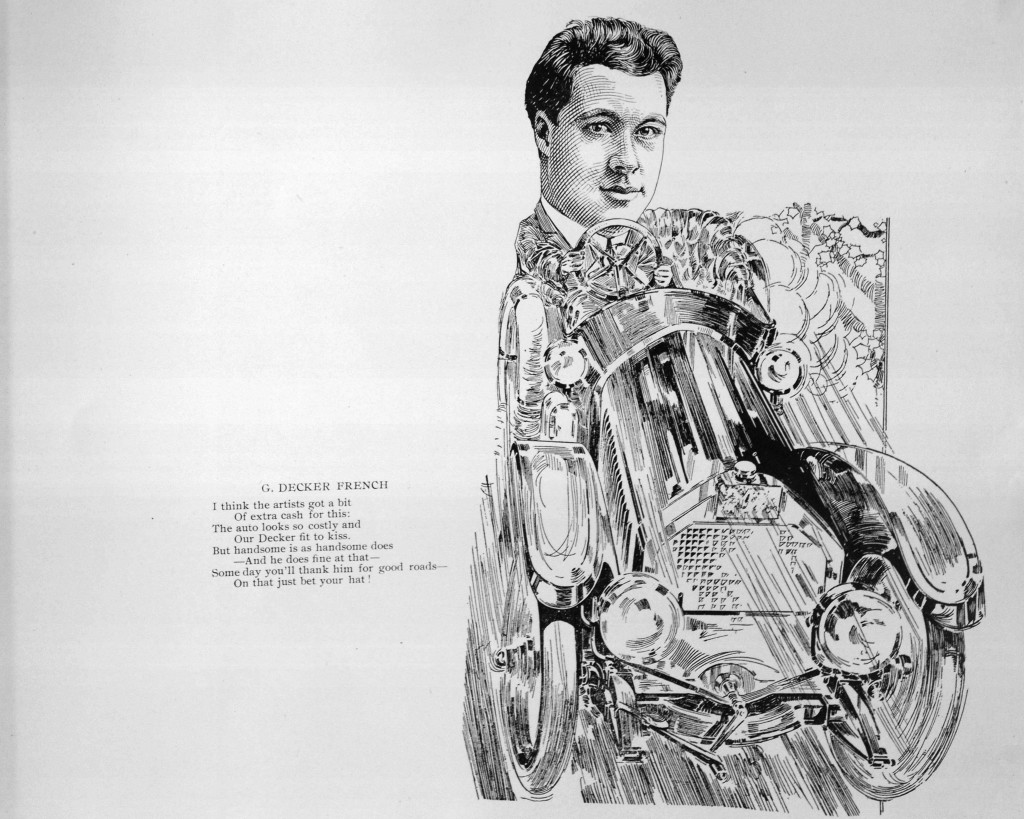 – C.A. Ficke was kind of a big deal. See our LibGuide for more information. 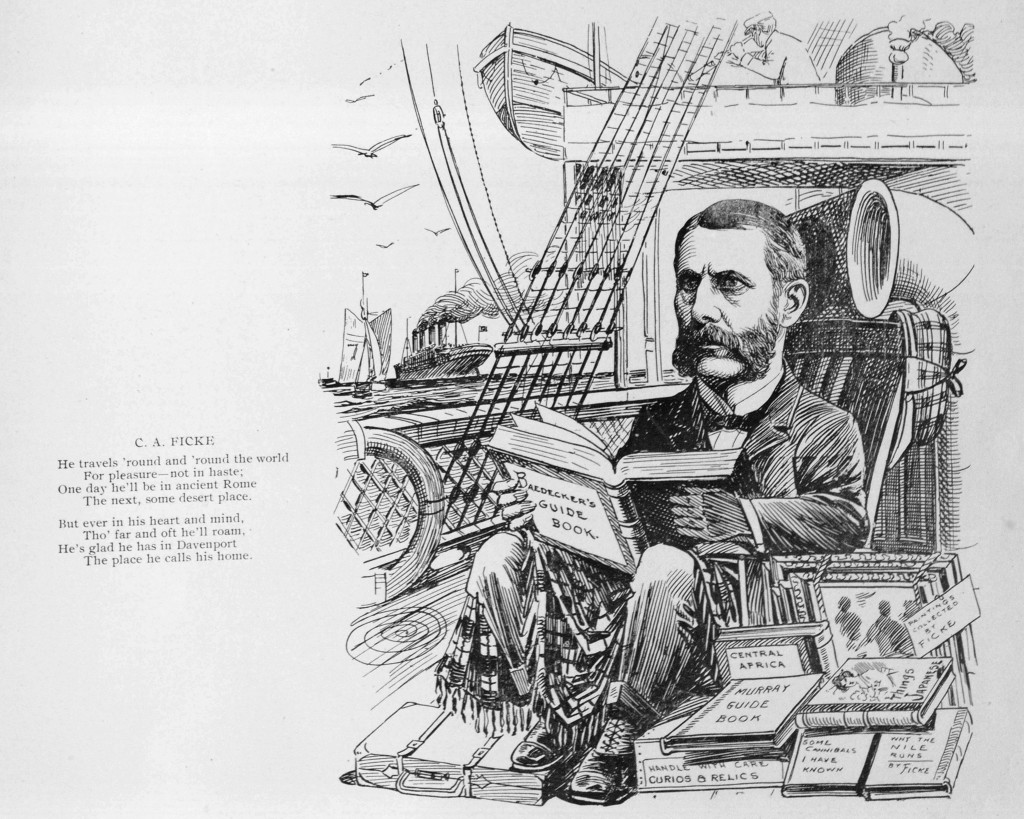 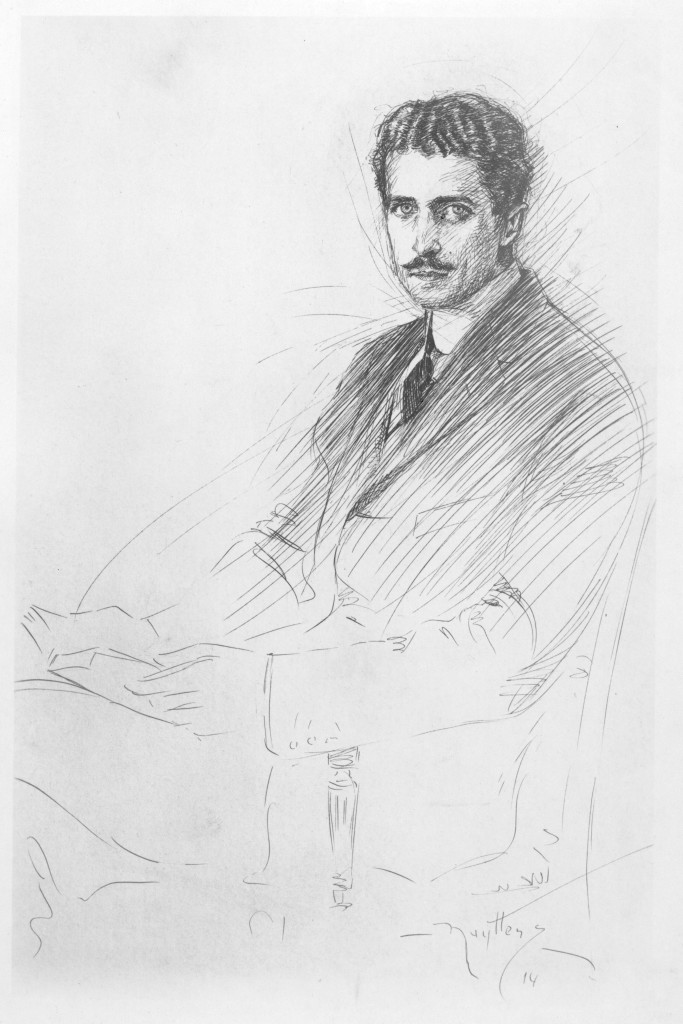 Bad Behavior has blocked 584 access attempts in the last 7 days.