110 years ago on June 19, 1905 the cornerstone for the “new” Davenport High School building was laid. A parade of 4,000 children walked from Washington Square to the Main Street site where the basement walls had been raised. There were orations by honored guests and a 40-piece band directed by Prof. Ernst Otto played to an enthusiastic reception. Superintendent J.B. Young placed a metallic box in the cornerstone that included a handwritten list of high school faculty members, the names of all the graduates of the school and photographs of Kemper Hall, Sheldon Hall and Griswold College among many other items.

The architectural firm of Claussen and Burrows designed the $250,000 building described as a superior facility. The site chosen was “ideal” – located on the top of Main Street hill on grounds originally occupied by Iowa College (which moved to Grinnell) and later by Griswold College. The site commanded “a magnificent view of the city and the Father of Waters.”

On the first story will be the main entrances from the east and west with an additional entrance on the north side for the auditorium. The auditorium, including the gallery, will have a seating capacity of 1,200. This place of assembly will outrank room 10, the place of convocation in the present High school, in every way.

110 years later, it is refreshing to see the commitment to this school as ground is broken for a new auditorium and pool on this ideal site! Although there was no parade or band, there were news crews and tweets and tumbles to spread the good news. We congratulate Davenport Central High School and copy the sentiments of one of those gracious speakers in 1905 who said, “Let it rise, gentlemen, in the sunlight of modern progress; let its banners wave in the air of intellectual freedom and let the spirit of tolerance abide within its halls forever and forever.” 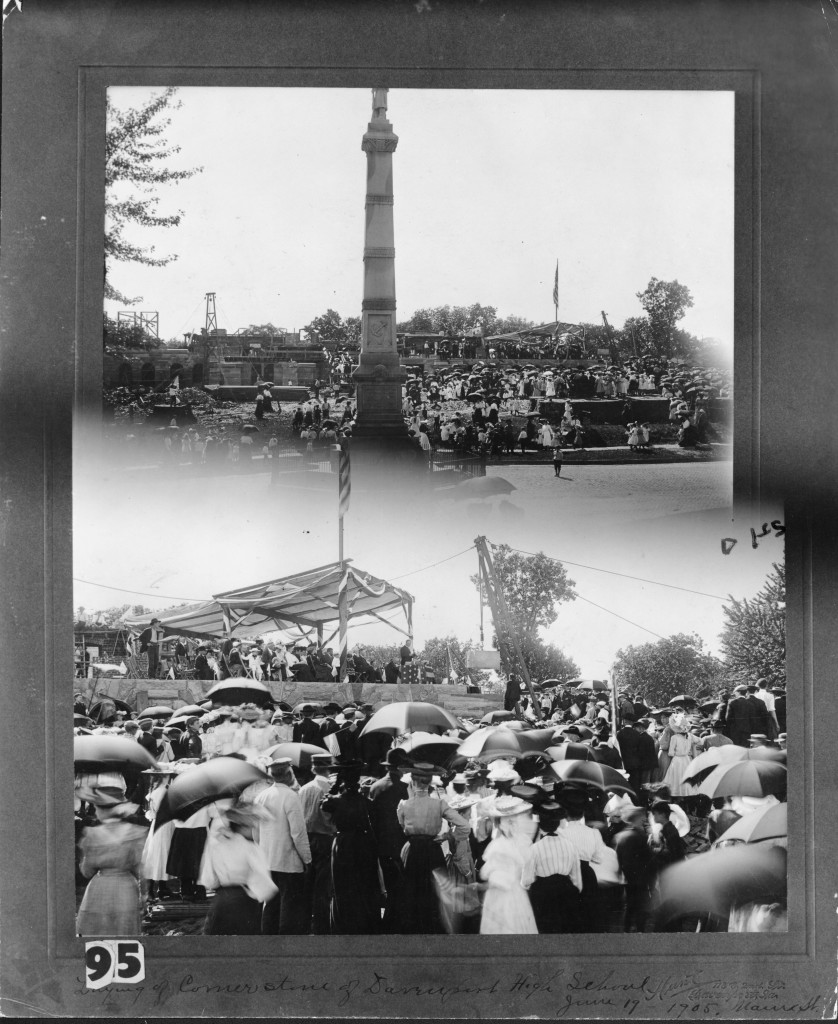 1 Response to Five Score and Ten Years Ago: Laying the cornerstone for Davenport (Central) High School

Bad Behavior has blocked 3069 access attempts in the last 7 days.