Does anyone remember the “Great Flood” of 1965?

The Mississippi River seemed liked it would never stop rising in April 1965 in the Quad Cities. It finally did, on April 28th with a crest at Lock and Dam 15 in Rock Island, IL at 22.48 feet.

At 15 feet the water had started out of the banks of the Mississippi River. The growing water covered roads and bridges. Its icy coldness entering into businesses and homes along the river.

Several factors contributed to this great flood. November and December 1964 had been unusually cold, but without snow. The ground frost had a chance to go deep into the soil before snow started falling in early 1965.*

Snow was still falling into March with cold temperatures lingering late into the month. Normally, slowly rising temperatures help snow to melt at an easy pace that does not overwhelm streams, creeks, and rivers. This did not happen in 1965.

When April arrived so did quickly warming temperatures by mid-month along with heavy rain up and down the river. The still frozen ground could not absorb the snow melt and rain.

The National Weather Service records March 1965 as the second coldest March on record (with an average of 26.9 degrees Fahrenheit) and the seventh snowiest March (with 16.2 inches).**

The end result was the water started rising and local citizens responded. During the cool, rainy April of 1965 sandbagging seemed a never-ending task. Some areas held well others fell to the flood. There was just too much water to fast to keep back at times.

The National Weather Service records the damage in 1965 at $125 million dollars (based on current inflation the cost today would be nearly $1 billion dollars).

We’ve recently scanned and uploaded a set of 20 slides from our collection. You can view them on the Upper Mississippi Valley Digital Image Archive and on our Historypin. 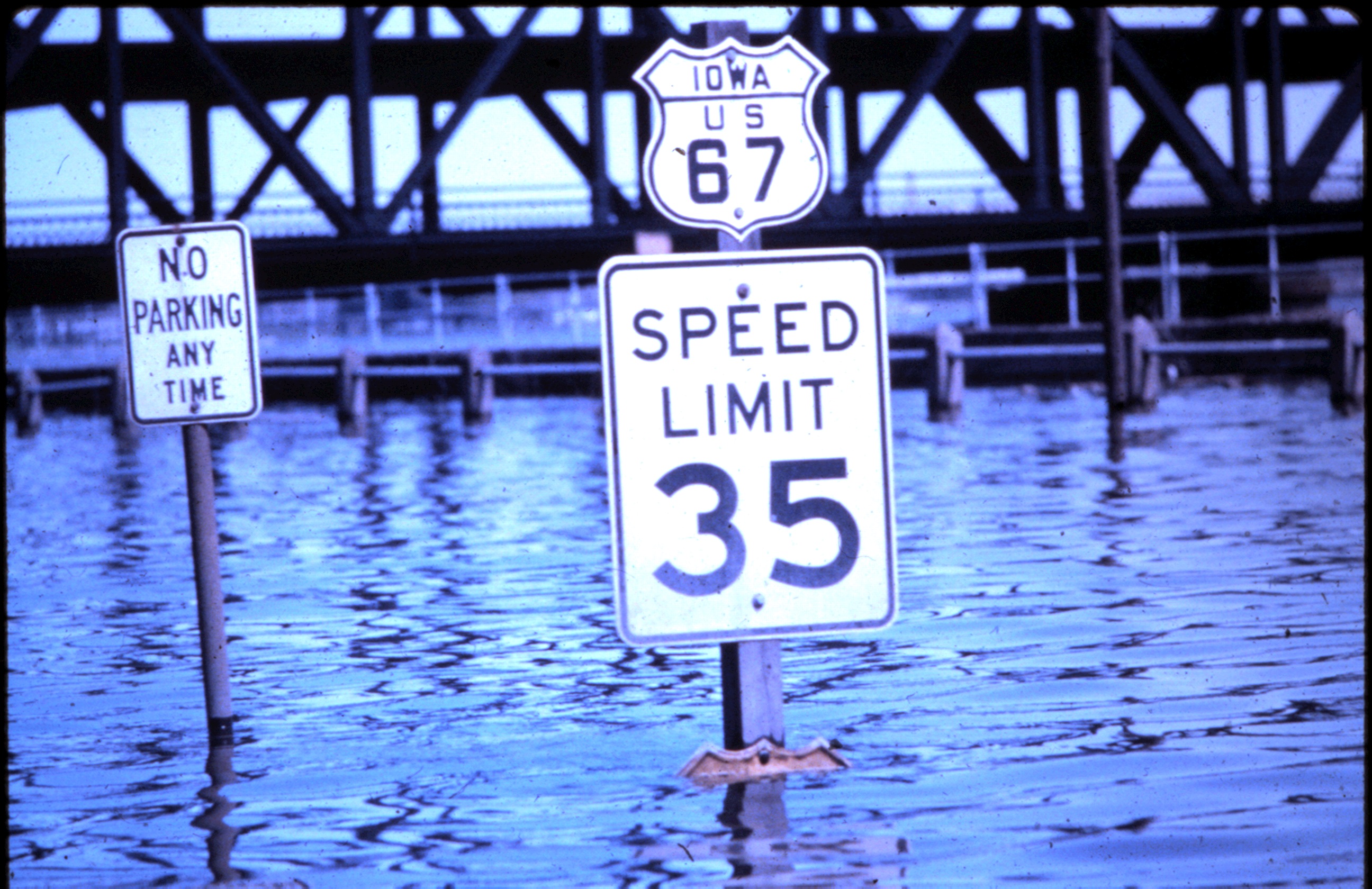 Flood stage in Quad Cities is 15-feet – the record 22.48 feet caused scenes like this one near Government Bridge. 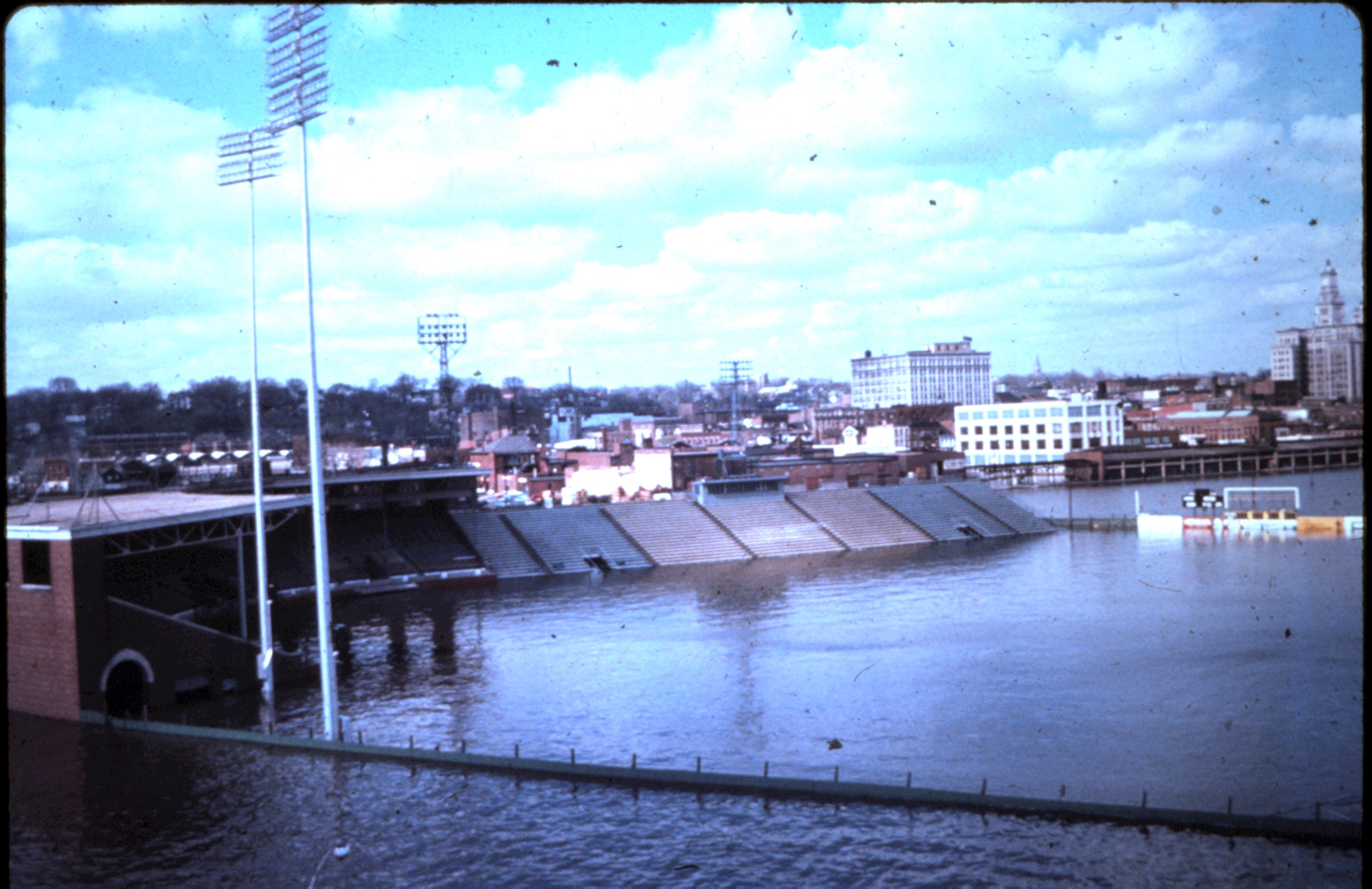 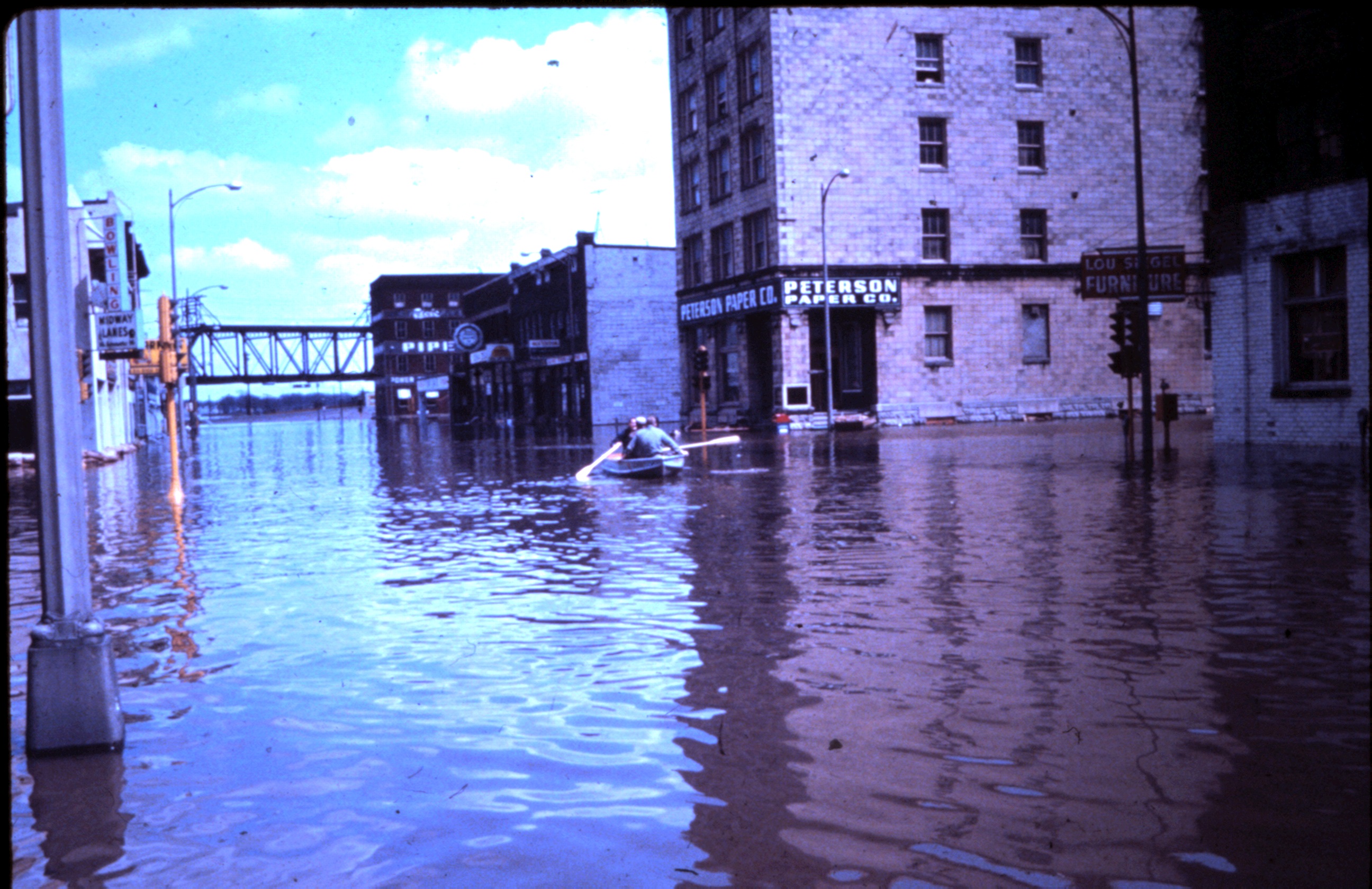 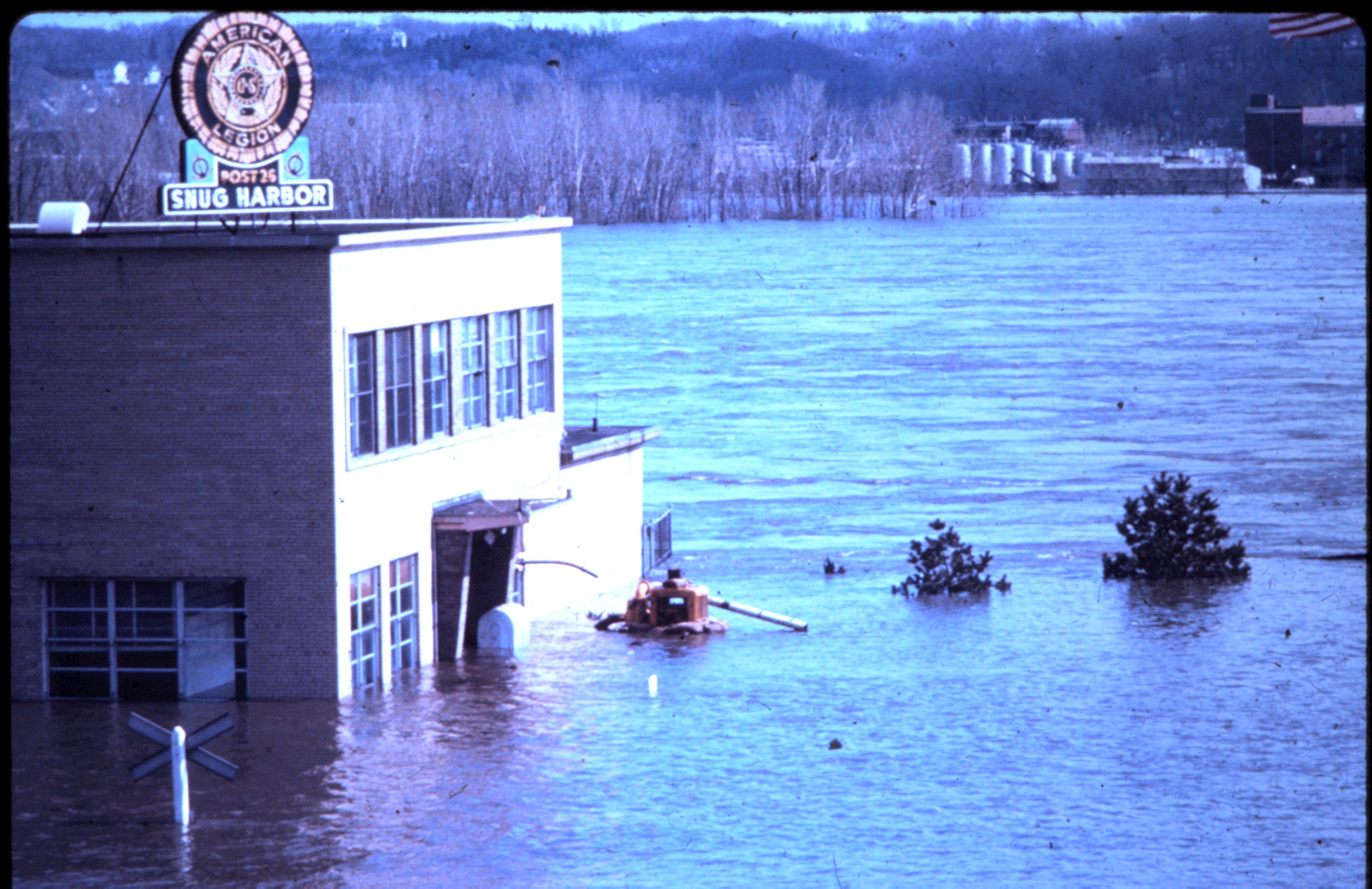 Additional 1965 flood photos may be seen in A Flood of Images previously posted.

The Great Flood of 1965 stood as the top Mississippi River Flood at Lock and Dam 15 for 28 years.

Then the never-ending water returned in 1993.

**Weather records are based out of Moline, IL for the National Weather Service since record keeping began in 1871.

Bad Behavior has blocked 599 access attempts in the last 7 days.