Giving Credit Where Credit is Due: The Amusement Park Years

Special Collections will be participating in the city’s commemoration of this event on August 30, on Credit Island, with an interactive booth. We hope to see you there!

During the first two decades of the 20th Century, the island that we know as Credit Island was a premiere destination for recreation and amusement in Davenport.

Attractions built and operated during those years included picnic grounds, a bathing beach, croquet grounds, a baseball team, tennis courts, a shooting range, a bowling alley, a dance pavilion, a dining hall, a theater, a carousel/merry-go-round, and even a figure eight roller coaster. 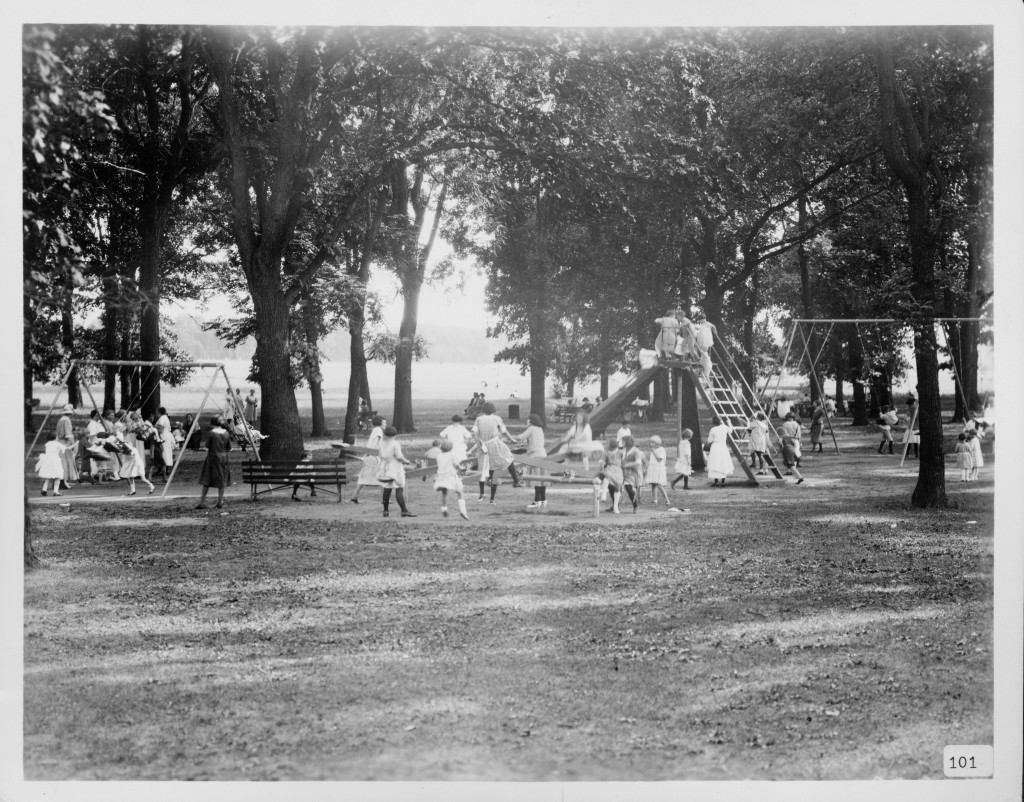 Development began in April of 1901, when Claus Kuehl and George Mengel bought the island from John Offermann. The following year, plans were made for a dance pavilion and separate dining room, a bowling alley, and a drive to and around the island.

Mr. Kuehl and Mr. Mengel transferred ownership of the Island to the Grand Island Park Co. a mere two years later, in July of 1903. The next year, the Island was renamed “The Grand Isle” or Grand Island. Keuhl remained the manager of the park attractions and operated the amusement devices until 1910. 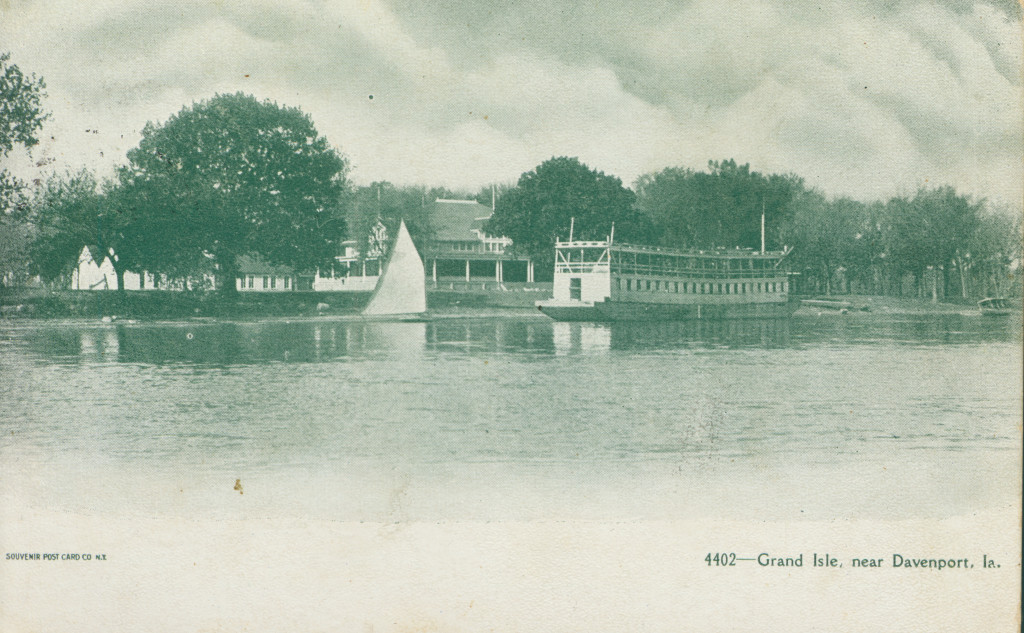 In April of 1904, the Island was sold to Davenport & Suburban Railway Co., who built a streetcar line to the Island.

In March 1907, the Suburban Island Park Company was incorporated, with James W. Walsh as secretary and Claus Kuehl as manager.

The following year, the Davenport & Suburban Railway Co. and Davenport Gas & Electric Company consolidated with the Tri-City Railway & Light Co., who retained ownership of the island and continued to improve the facilities. 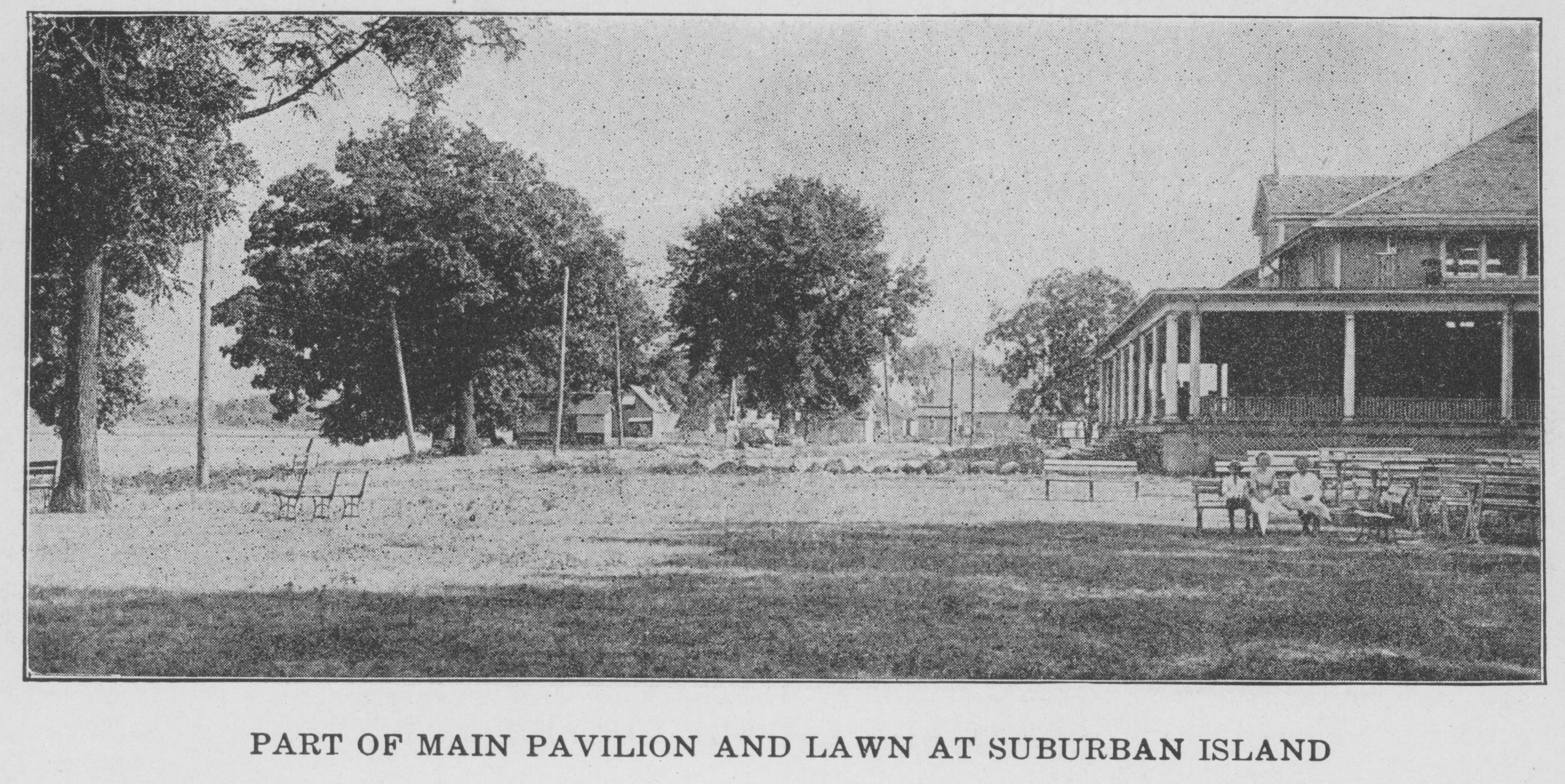 In May of 1912, the Suburban Island Amusement Company was incorporated. Based on information in the 1915 Davenport City Directory, it appears that the Amusement Company and the Park Company were separate entities, operating at the same time in the same place.

By June 1917, the Tri-City Railway Co. owned one-third of the Island and James Walsh and his brothers owned the remaining two-thirds.

Tri-City Railway donated their third interest to the City for use as a Municipal Park and  after condemnation proceedings, the Davenport Board of Park Commissioners purchased the Walsh’s interest for $85,000. 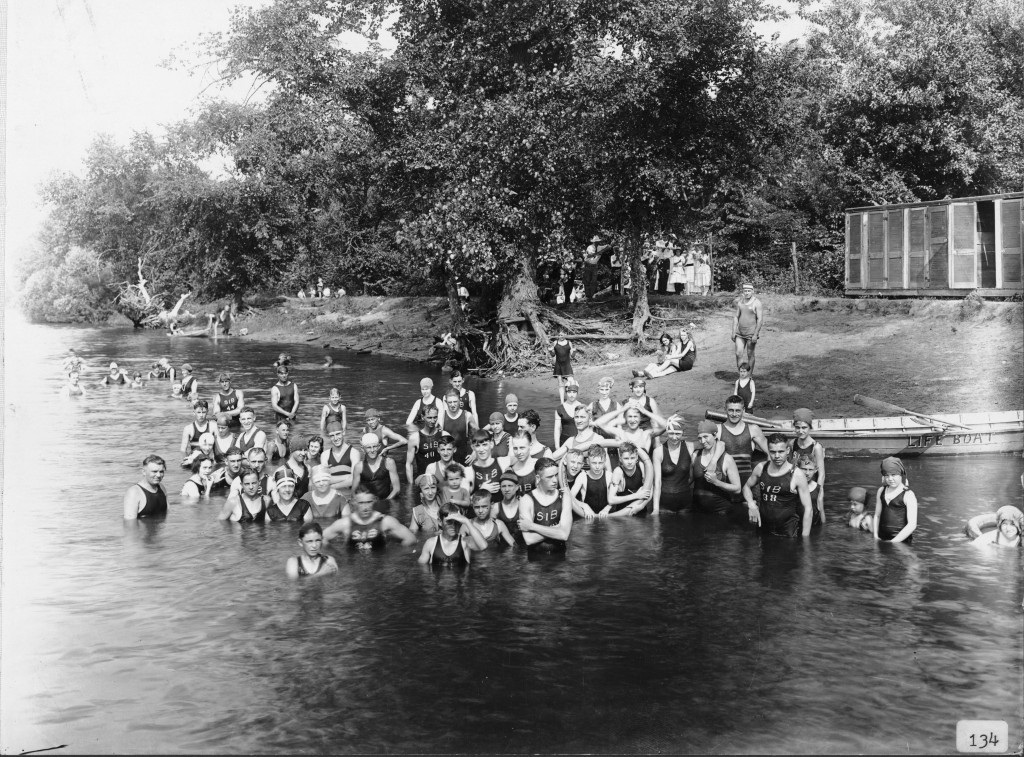