Established in 1919, Children’s Book Week is the longest-running national literacy initiative in the country.   As children were among photographer J.B. Hostetler’s favorite subjects and books one of his favorite props, we thought we would commemorate it’s 95th anniversary, by posting some photographs of both of them together. 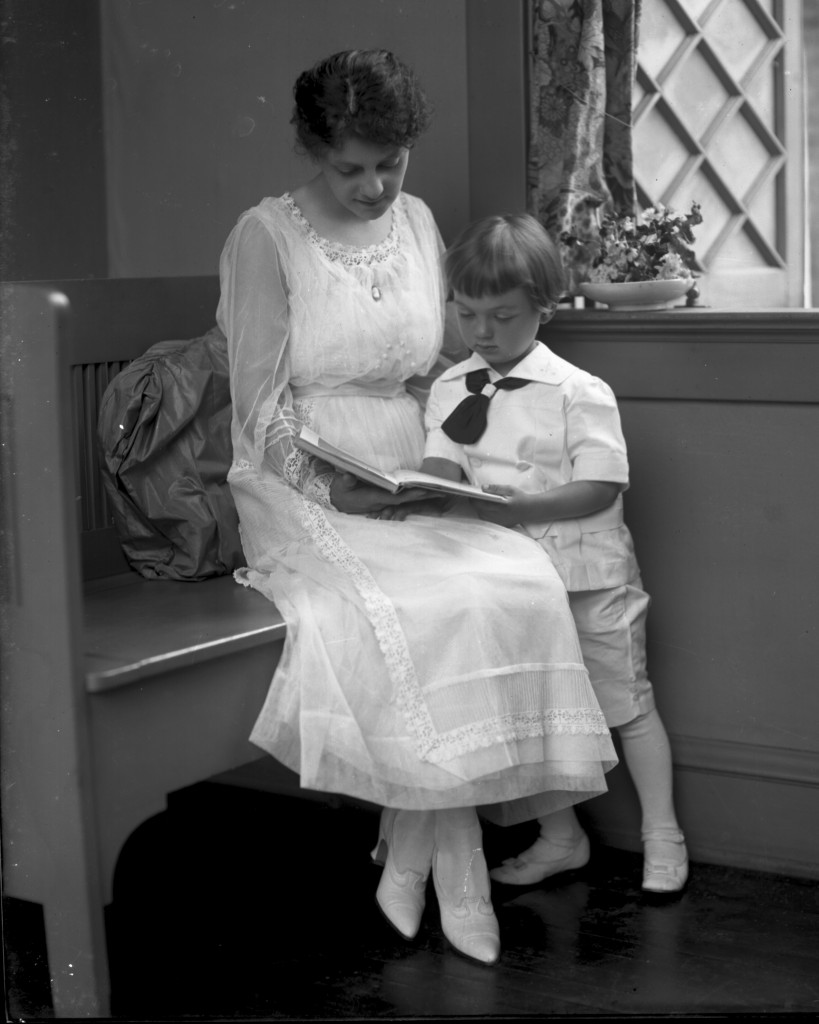 Edward Schmidt, Jr. puzzles out a word for his mother, Bertha.  Photograph taken by J. B. Hostetler ca. 1917. 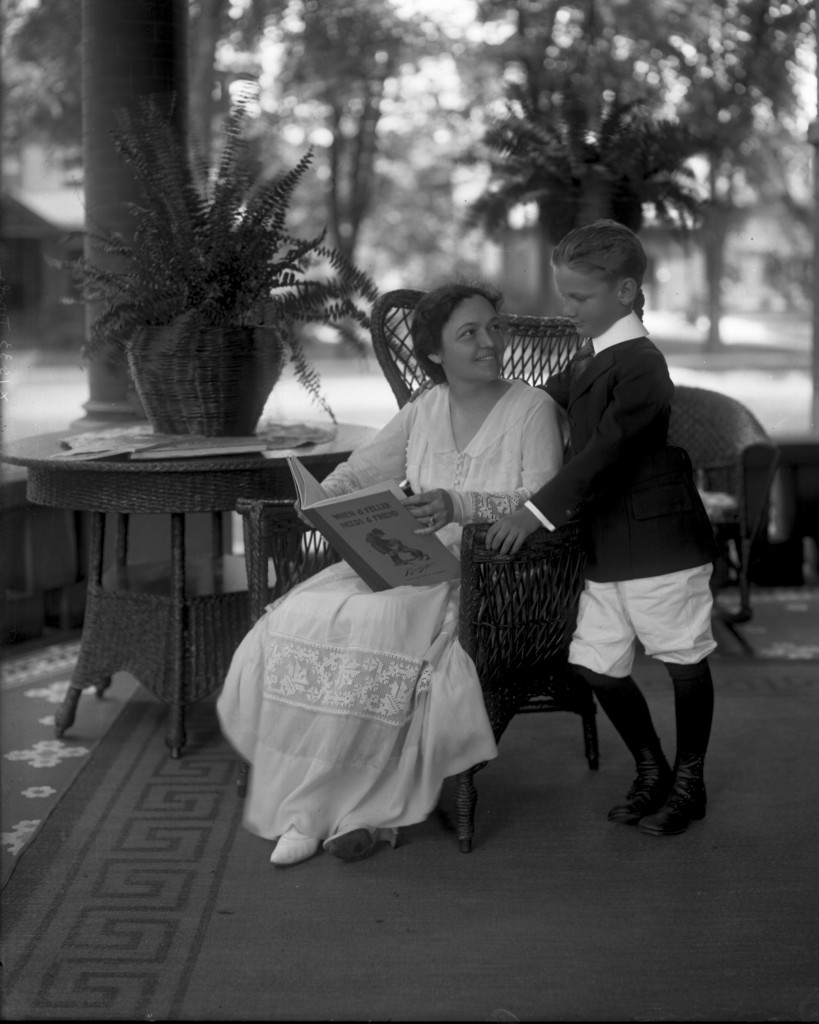 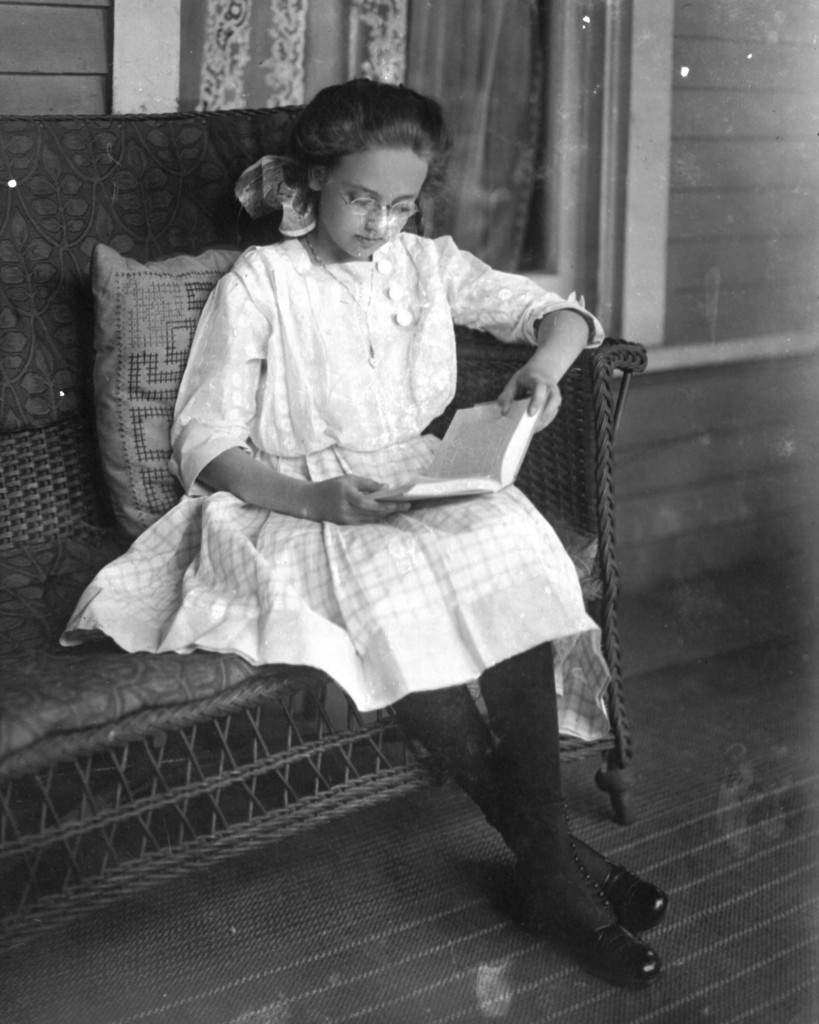 A studious-looking Catherine Marshall, daughter of W. H. Marshall, had her photograph taken around 1910. 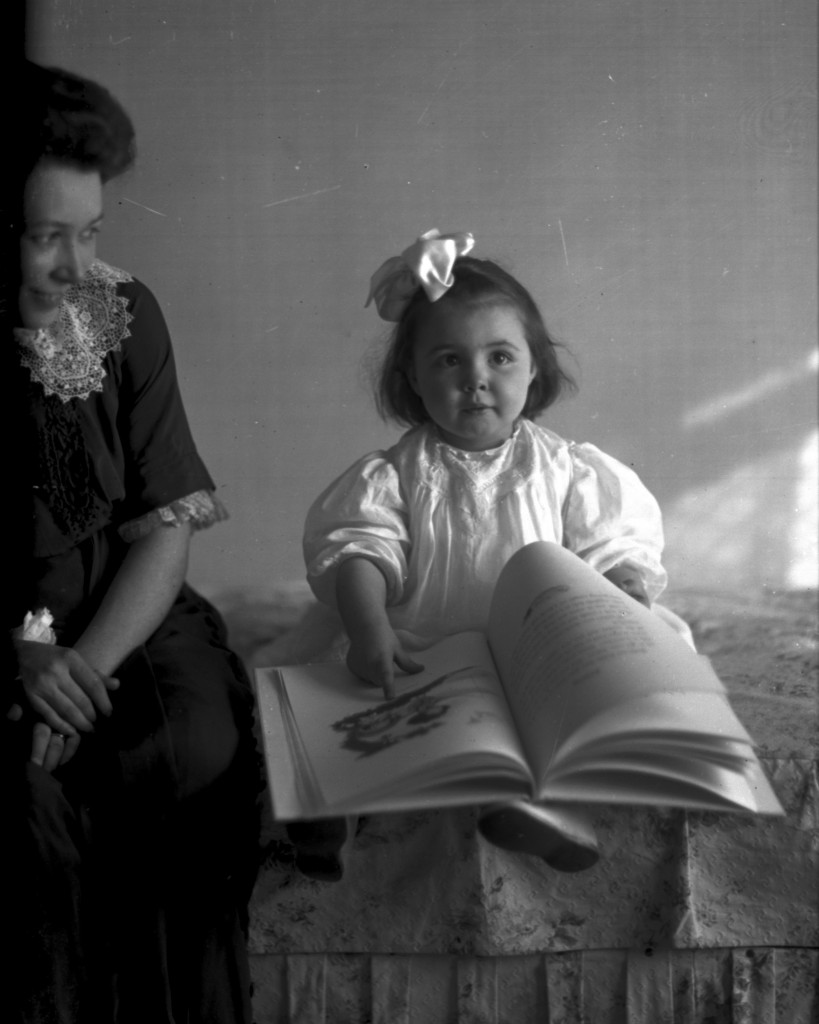 Elizabeth A. Crossett shows her book to Mr. Hostetler, who took her photo around 1910, while her mother (we assume) looked fondly on.  Miss Crossett is the  daughter of Edward C. and Elizabeth Crossett. 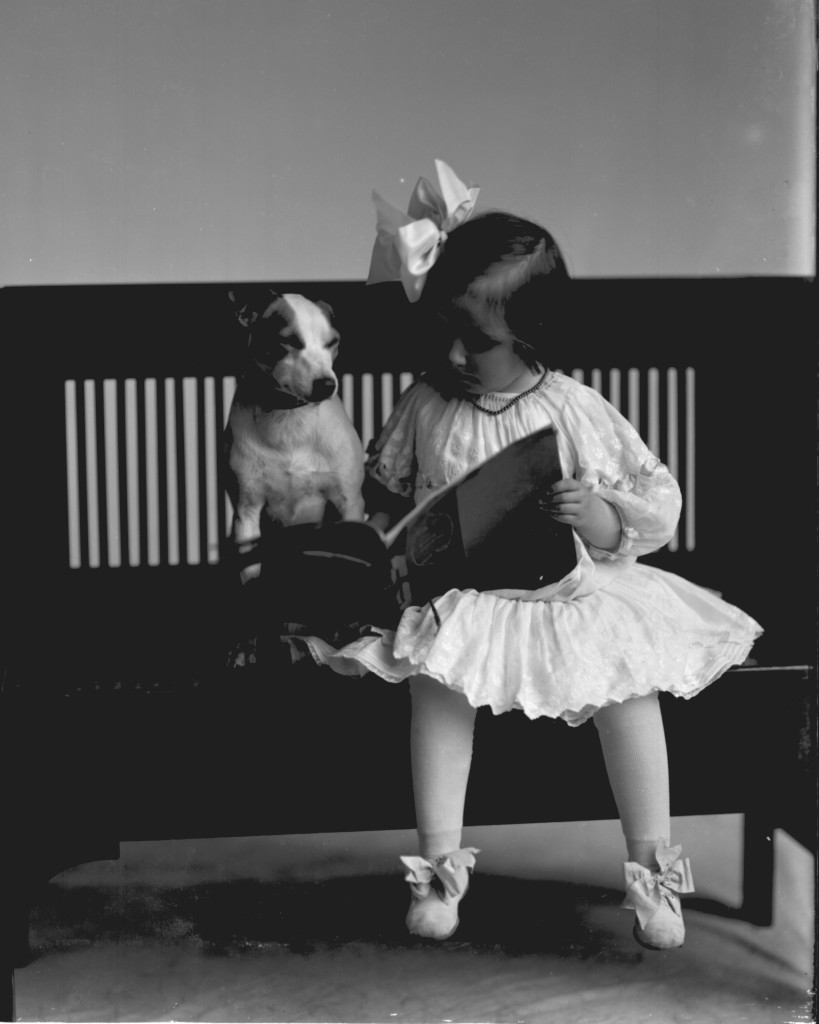 The little girl in this circa 1910 photograph could be either Katherine or Alice, daughter of Burton F. Peek, but her friend’s name is unknown. 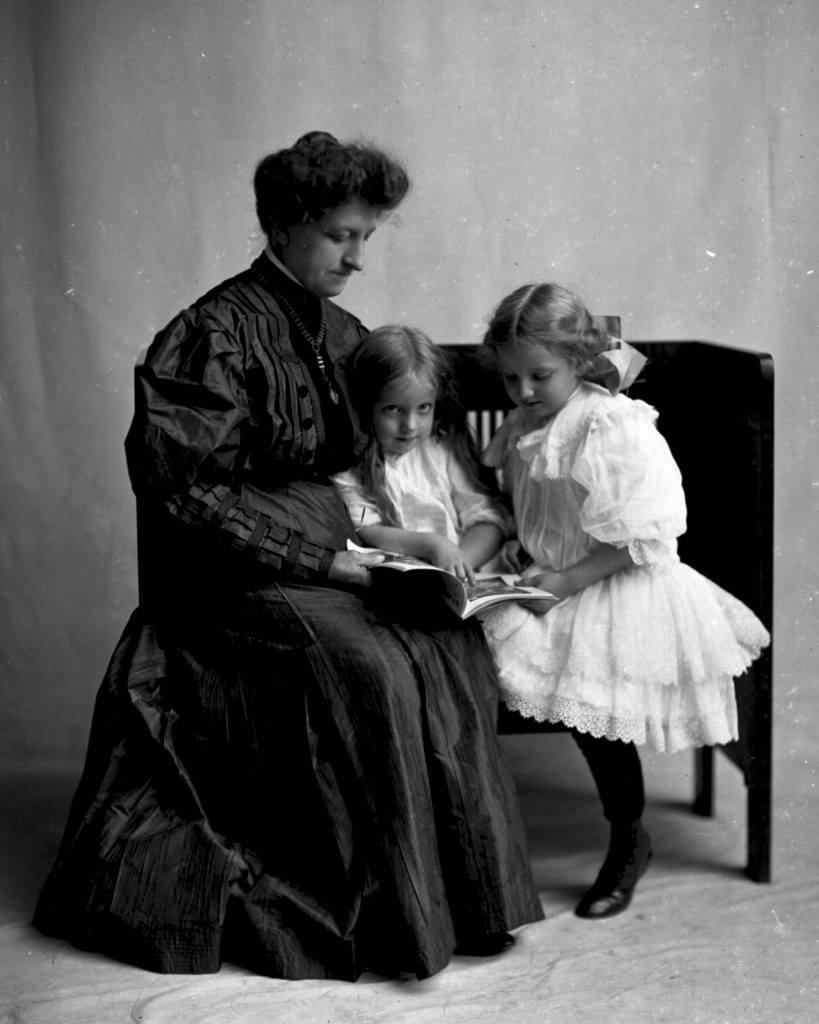 Mrs. Theo Hartz with daughters Hildegarde and Emma, only one of whom is paying attention to the story (c. 1905), 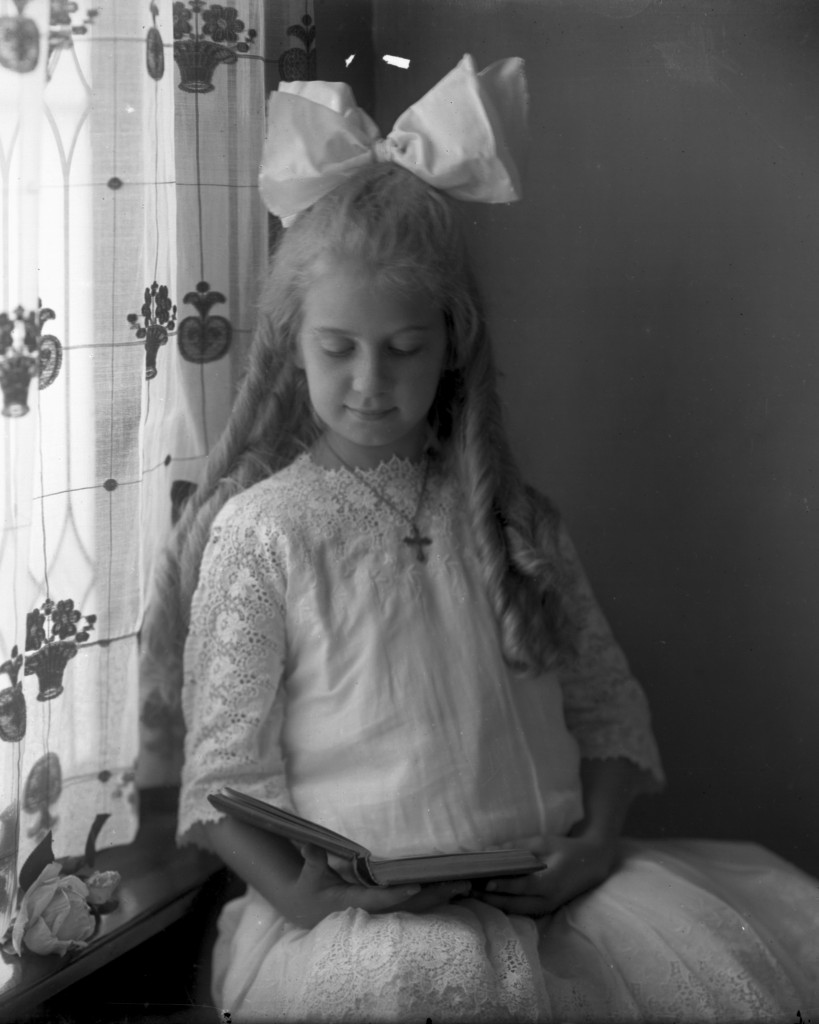 Marie Kahl, daughter of Henry C. and Elizabeth Kahl, enjoys a good book, and the shade from her hair bow (c. 1910)

All of these photos, and others, may be found in the Upper Mississippi Valley Digital Image Archive.

Bad Behavior has blocked 975 access attempts in the last 7 days.