Our maps have proven to be popular resources with our patrons.

Whether you’re looking for visual information on your Davenport home, a glimpse of the city in 1857, your ancestral farm, the land that appears in your great-grandfather’s estate, the lot where your great-aunt is buried in Oakdale cemetery, or even current directions to the closest post office, we have maps that can help you.

Speaking of post offices and maps: did you know that before 1837, the United States Post Office didn’t have an official map maker on staff? Instead, it was dependent on the commercial or amateur maps, which didn’t always contain the information needed to efficiently deliver mail and goods or to determine whether additional post offices should be established.

This was a definite hindrance for a department that was expanding as rapidly as the population of our relatively new country was heading westward—it’s difficult to run a delivery service when you don’t know exactly where you’re going.

As you can imagine, Henry A. Burr, who was hired as the first Post Office Topographer in March of 1837, had quite the job cut out for him. So how did he prepare a comprehensive set of maps that would show locations and transportation routes and geographic obstacles without spending all his time on the road?

He depended on the reports of postmasters.

From 1837 to about 1950, postmasters regularly filled out forms that supplied the information the Post Office topographers needed for their maps—which were eventually sold for public use as well—and also the information necessary to establish new post offices, including population, legal location, and the distance of the petitioning town or settlement from established routes. 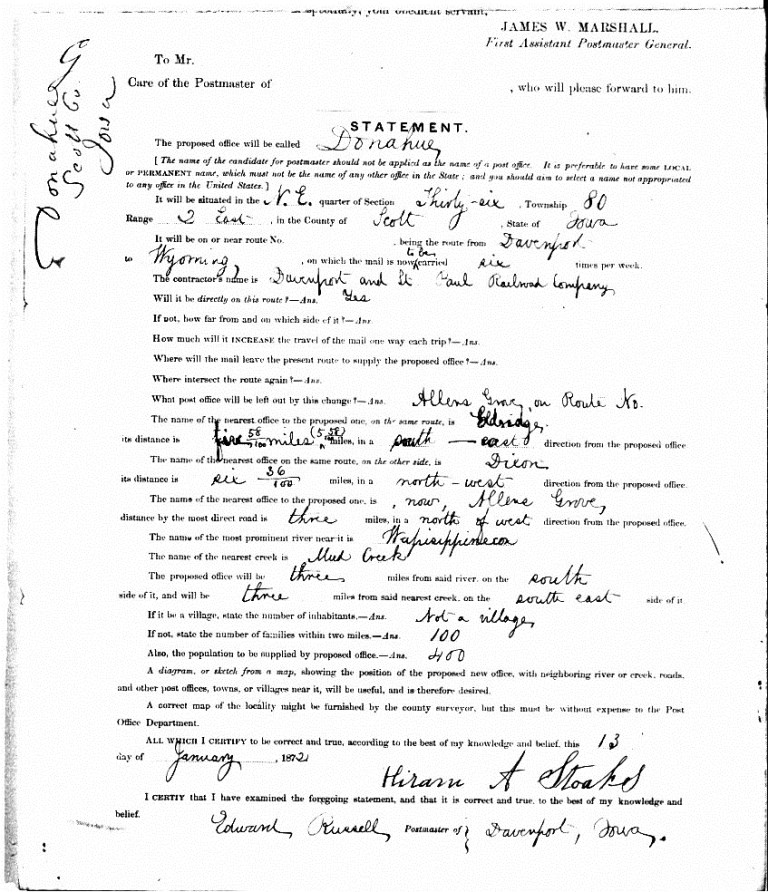 In 1872, the 400 (or so) citizens of (not quite a village, yet) Donohue in rural Scott County, Iowa, petitioned for a Post Office.

These reports themselves aren’t maps—though they might include rough sketches like the one below—but they do contain the same wealth of information in written form. 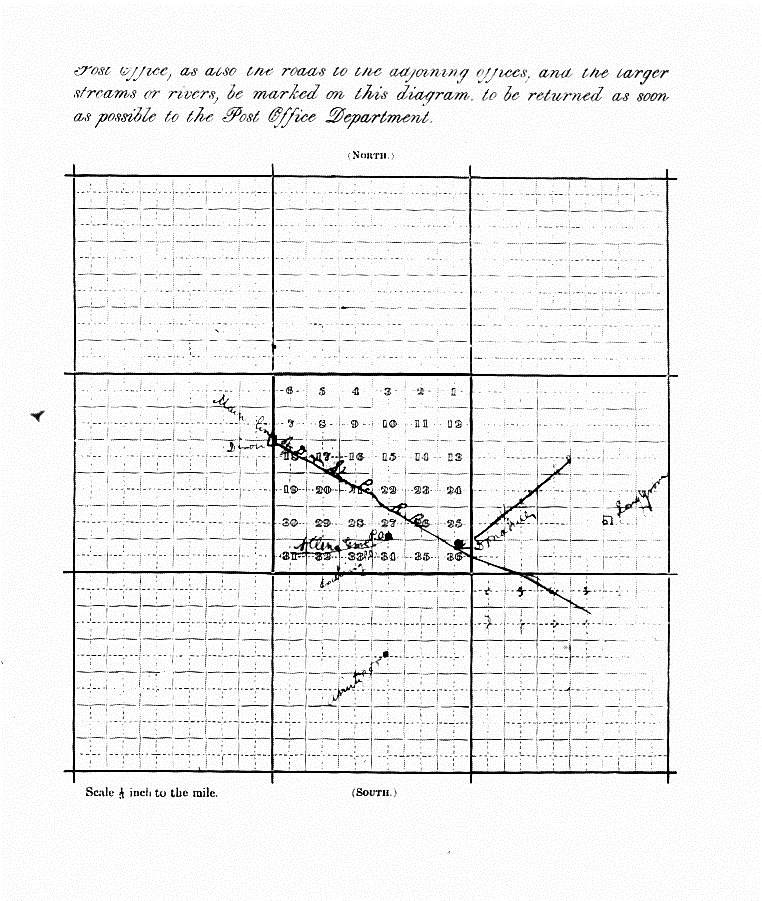 Our Special Collection Center has a small collection of these reports on microfilm that includes Scott County and our nearest neighbors:

In addition, our library also has several copies of Abandoned towns, villages and post offices of Iowa (Mott, 1973), which can help identify and provide information on place names that have disappeared from older maps.

These lesser-known resources may not be as popular as our maps, but in our opinion, they are certainly worth a look!

Bad Behavior has blocked 597 access attempts in the last 7 days.