The Small, Pretty Wedding of Jennie E. Grieve, Schoolteacher of this City

Aren’t they a lovely couple? 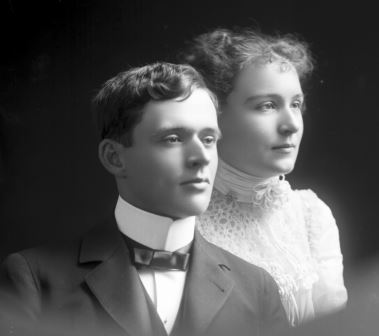 Held at the home of the bride’s parents on 719 East Fourteenth Street, the wedding was a small affair, but, the Davenport Daily Leader reported, a very pretty one.   There was a small dinner afterward for family and a few close friends.

But a small, intimate wedding didn’t mean the bride didn’t wear a beautiful dress.  Look at those gorgeous ruffles: 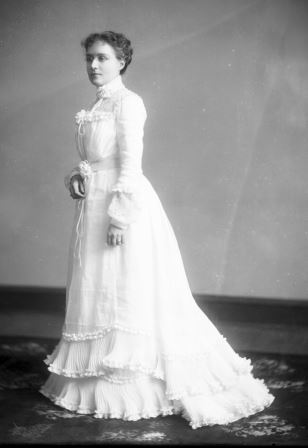 There was no veil mentioned in the newspaper account—which also lacked details about the silk gauze dress, much to our disappointment—but the bride did have her photograph taken with her glasses on, as befits a former schoolteacher.

They’re barely visible in the image, but they’re there! 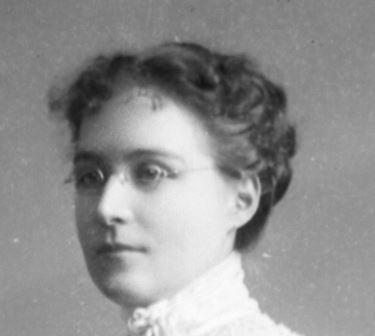 The bride had resigned her teaching position a month before her wedding—teachers were not allowed to be married in the Davenport School System at that time—and the couple left a week after the wedding to live in Brooklyn, Iowa.

Bad Behavior has blocked 1125 access attempts in the last 7 days.