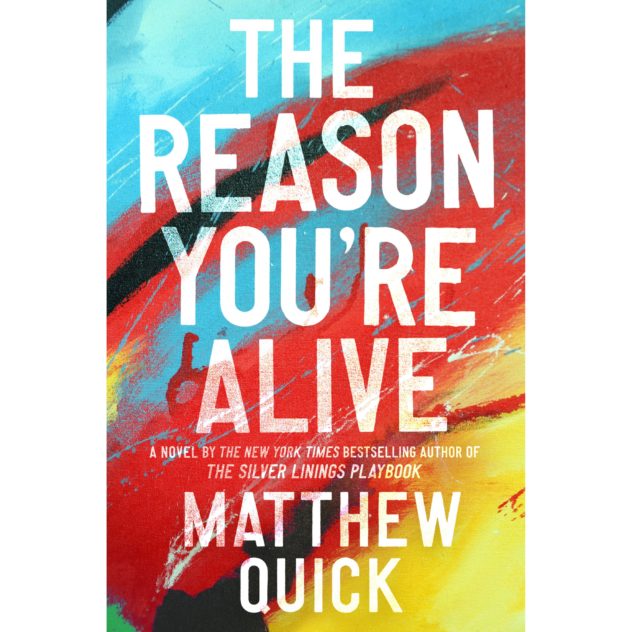 I basically wanted to quit life for two days so I could do nothing other than read The Reason You’re Alive  by Matthew Quick. Apparently Quick wrote this gem in part as an homage to his late uncle, a Vietnam veteran who may have inspired elements of this novel’s “anti-hero”, David Granger.  The novel takes off right from the beginning, and amazingly, Quick sustains the momentum through to the end. I mean, check out this for an opening sentence: “They were giving me the mushroom treatment: keeping me in the dark and feeding me bullshit”. That just has to rank up there with the best opening lines of all time, right? I mean, talk about coming outta’ the box swingin’.

David Granger, main protagonist and narrator of the story is not supposed to be likeable, let alone loveable. But he is just that. After waking up in a hospital after brain-surgery, David rants about the evasive “Clayton Fire Bear” and how doctors are all corrupt scumbags who are either “pill pushers, needle pokers, or people cutters”. He’s right, though, isn’t he? I mean, who hasn’t had a negative experience with a doctor? But of course, he is wrong, too; and for every thieving people-cutter out there you will find a warm, compassionate civil servant who wants to take care of sick people. The truth may lie somewhere in between.

Throughout the course of this book, you’ll be amazed at the things that David says: and believe you me, he has something to say about everyone. And you’ll find that he’s right: why else would you be laughing SO HARD?  But he’s also wrong because, let’s be honest, it’s easy to stereotype and generalize entire groups of people without a second thought. And that’s where things get tricky, which is to say, human. David reserves a certain disdain for his son, Hank, his “mostly ignorant”, “ball-less”, cry-baby liberal son who wouldn’t cut it for a second in the jungles of Vietnam. And just wait until you meet Femke, Hank’s philandering wife, and their sweet daughter, Ella, who David notes is in the unfortunate position of having two complete morons for parents. All of the characters who fade in and out of David’s life are intriguing and memorable and will teach you something new about life.

This book beautifully reminds us that we see other people through the lens of our own experience. I think you’ll find, by the end of the book, when tears unexpectedly start welling in your eyes, that David strived to shield his family from suffering and pain, even at his own expense whenever possible (even when he was essentially shielding them from himself).This book is about loving and understanding your family and your friends on their own terms. This book is about war, madness, art, family, grace, and ultimately redemption. I dare you not to cry when you discover the rich meaning behind the title of the book, how David wrote it for his late wife, Jessica, and their son, Hank, the two most beloved people in his life. And then I dare you not to cry when it dawns on you that David was shielding you, too, as he had his family, from the heartache of having to let him go after finding out he was  good as gold all along. 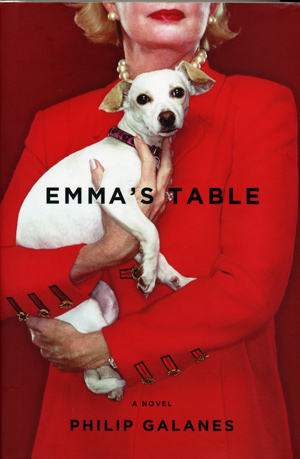 In Emma’s Table by Philip Galanes, Emma Sutton – famous interior design and lifestyle guru – attends the prestigious FitzCoopers auction determined to purchase a unique antique table, no matter who stands in her way. Fresh from a stint in Federal Prison and feeling battered by the accompanying public scrutiny, Emma doesn’t realize she’s going to come away with much more than a table.

Still enjoying great success professionally, Emma’s personal life needs some work – her ex-husband has returned to try to work things out, her adult daughter is aimless and angry and Emma  goes through personal assistants at an alarming rate. Despite the public image of perfection, she has no idea where or how to make the needed changes.

Emma’s weekend-personal assistant Benjamin (one of the few that has hung on), struggles with his own issues – a social worker during the week, he is puzzled by the case of Grace, a troubled, overweight little girl and her mother, as well as demands from his girlfriend. And then there’s the Japanese diplomat whom Emma outmaneuvered for the table. Emma searches for a way to make things right, heal all the insults and wounds she’s inflicted and therefore somehow save herself.

These disparete characters slowly come together in a story that is both lighthearted and thoughtful, about second (and even third) chances, redemption and starting again. Because everyone deserves a second chance.

Bad Behavior has blocked 1635 access attempts in the last 7 days.