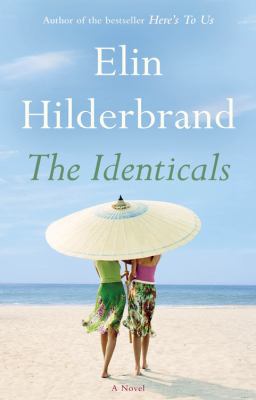 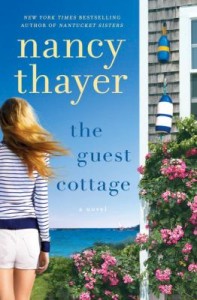 The Guest Cottage by Nancy Thayer is a great companion to Enchanted August (see blog post of July 15th). Not only are both set in idyllic New England islands, both novels  are self-limiting in that the cottage rental is for the month of August. (Is this a east coast thing? It seems very exotic to this midwesterner).

The knowledge that this a short-term co-habitation allows for a pleasantly predictable dramatic arc (meet-cute, attraction, development of romance and friendship, sadness of the looming end of summer).

The characters in both books are suffering from unsatisfactory or dysfunctional family situations, and are looking for healing, as well as escape, however brief. They find all this, as well as transformation and joy.

This is the first Nancy Thayer book I’ve read, and I’m happy to find that she has many more in her backlist. She actually lives in Nantucket so her writing has the ring of authority.

What is therapeutic is the satisfaction she obviously takes in the quotidian tasks of cooking, grocery shopping,  cleaning up, and so on. Life on the island also consists of going to the beach, sailing, visiting quaint shops and getting ice cream. One could do a lot worse than spending time in these fictional worlds.