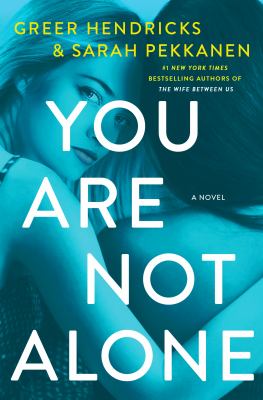 Join our Virtual Book Club on Wednesday, July 15th at 2pm central for a virtual discussion of You Are Not Alone  by Greer Hendricks and Sarah Pekkanen. We will be using GoTo Meeting for this program.  Information on how to join in is listed below! We hope to see you there!

You Are Not Alone by Greer Hendricks and Sarah Pekkanen is the third and most recent book written by the duo. The below is a description of the book provided by the publisher:

Shay Miller has three strikes against her: no job, no apartment, no love in her life. But when she witnesses a perfectly normal looking young woman about her age make the chilling decision to leap in front of an ongoing subway train, Shay realizes she could end up in the same spiral. She is intrigued by a group of women who seem to have it all together, and they invite her with the promise: ‘You are not alone.’ Why not align herself with the glamorous and seductive Moore sisters, Cassandra and Jane? … They are everything Shay aspires to be, and they seem to have the keys to getting exactly what they want. As Shay is pulled deeper and deeper under the spell of the Moore sisters, she finds her life getting better and better. But what price does she have to pay? What do Cassandra and Jane want from her? And what secrets do they, and Shay, have that will come to a deadly confrontation? You are not alone: Is it a promise? Or a threat?

Please join my meeting from your computer, tablet or smartphone.
https://global.gotomeeting.com/join/617521805

New to GoToMeeting? Get the app now and be ready when your first meeting starts:
https://global.gotomeeting.com/install/617521805 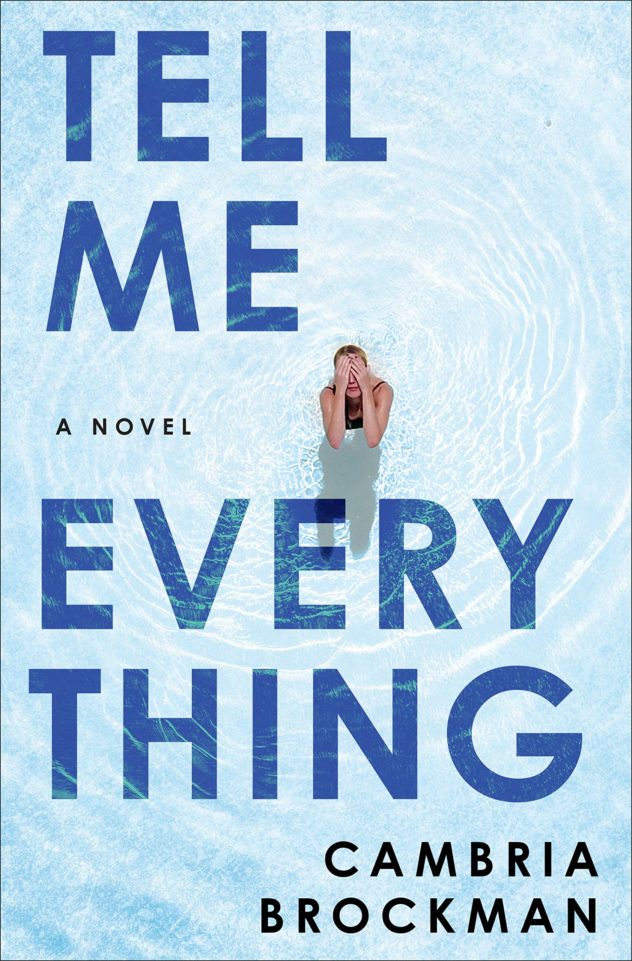 When Malin Ahlberg starts her freshman year at Hawthorne College in rural Maine, she is immediately befriended by a group of freshman who are brought together by chance during their first few days as new students.  Malin, along with Gemma, Ruby, Max, John and Khaled remain a tight-knit group throughout their four years at Hawthorne, but their years together are marked by drama, suspicion, betrayal and, ultimately, murder.  Tell Me Everything  by Cambria Brockman is a psychological thriller with a unsettling and, frankly, disturbing series of events with an ending that is literally jaw-dropping!

Malin tells her story in alternating chapters with gradual glimpses of problems at home with her family,  most notably with her brother who passed away years earlier.  She always stops short of revealing too much,  so the reader is left with more questions than answers as the anticipation grows.  What is she hiding from her past?  She replicates this secrecy with her current group of friends, not letting anyone know the real Malin.  To be honest, Malin is not a very endearing or likeable character.  As I was reading Tell Me Everything, I could tell pretty quickly that something was clearly not right with Malin, but Brockman has a great way of keeping the reader on their toes!

As the years progress, it becomes apparent that Malin is choreographing many of the dramas, misinterpretations and misunderstandings between the group.  While stirring the pot, it becomes clear that she enjoys watching the drama unfold.  The crescendo of both plot lines (family drama as a child and currently at Hawthorne) comes together seamlessly with not only one but two murders that are equally disturbing.

I highly recommend Tell Me Everything by Cambria Brockman.  I cannot guarantee that you will be a fan of some of the characters, but this is a well-written and suspenseful debut.  I am impressed with Brockman’s first book and am excited to see what she comes up with next! 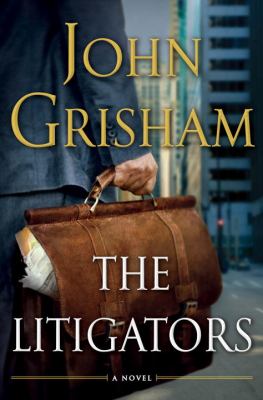 The Litigators by John Grisham is a legal thriller that revolves around lawyers, litigation, and what it takes to be the best. David Zinc is an associate at a Chicago firm that has paid him an immense sum over the last five years. He’s on the fast-track, along with thousands of other lawyers in this high-rise firm, to becoming a big name lawyer. Or at least that’s what they’re telling him. Going into work one day, David has a panic attack and dives back into the elevator to escape. Stumbling into a bar, David gets completely drunk and ends up at the law offices of Finley & Figg.

Oscar Finley and Wally Figg are law firm partners in a boutique legal firm who don’t particularly like each other. They bicker in the office over anything and everything, from advertising methods to who they take on as clients to when they come in to work. Add in some shady legal dealings and Finley & Figg find themselves in hot water over some of their cases quite frequently. Just barely making even financial wise, but not nearly making enough to be comfortable, the senior partner Oscar works to bring in some money while managing junior partner Wally comes up with crazy marketing schemes to bring in any and all clients. Neither lawyer is without fault and with the addition of a cantankerous secretary, who is actually a former client, it’s a minor miracle that the building is still standing, they’re still making some money, and no one has quit.

Wally’s latest scheme revolves around product liability and class action lawsuits dealing with medications. Wally sees dollar signs and a huge payday when he learns of a major pending class action lawsuit against the company that manufactures Krayoxx, a cholesterol-reducing drug that is suspected of causing heart attacks, death, and weakening of the heart. Oscar, and now David, are less than thrilled about this lawsuit, but once Wally gets an idea in his head, he’s going to see it through, no matter the consequences or what others think. A massive medical lawsuit ensues against the pharmaceutical company that owns the drug, Varrick Labs, with Oscar, Wally, and David quickly finding themselves in over their heads. The three join the class action and believe they are on their way to fame and fortune without ever having to set foot in a courtroom. Most of these class actions end up being settled anyway. This book is a suspenseful, entertaining read filled with courtroom drama and theatrics both inside and outside the legal system.