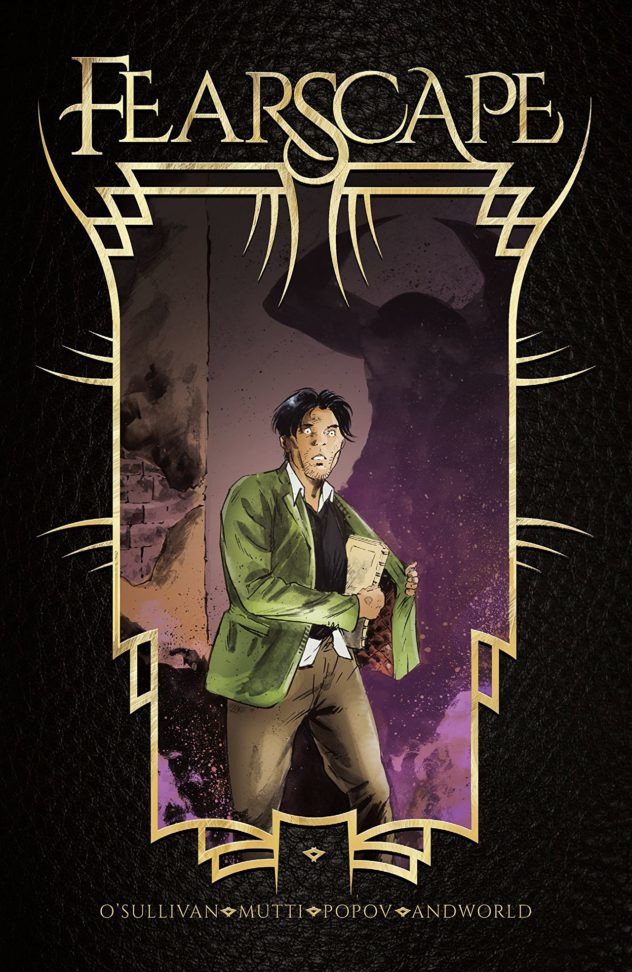 Have you ever had that coworker or fellow student that always talked like they knew everything and contributed the most to a project or assignment but in reality, they did the least amount of work? Protagonist, plagiarist and thief, Henry Henry is that guy.

Once a generation, The Muse, a being from an alternate dimension known as the Fearscape, comes to our dimension and finds the greatest storyteller of our time. Henry Henry was in the process of “borrowing” a great work of fiction when The Muse comes to earth in search of a great storyteller. The Muse mistakes Henry for a great writer and whisks him away to the Fearscape to fight an evil that threatens both the Fearscape and all of humanity. The Fearscape is a plane where fiction becomes reality, writers use their imagination to fight off evil beings.

O’Sullivan’s writing in this Graphic Novel is fantastic and witty. We get all of Henry’s internal dialog and justifications for every slimy and dishonest move that he makes and it makes the story all the more entertaining because of it. Fearscape is a satire on the current state of fiction in pulp culture but it also serves as a love letter to the art of writing fiction as a whole. Everyone knows someone like Henry in their lives and seeing him go through all the trials and tribulations that he does is cathartic and entertaining in a lot of ways. I loved to hate Henry as the story progressed and he got more and more enthralled in his web of lies and deceit, all the while proclaiming that he was indeed a great storyteller to the point where you know that on some level, Henry actually believes it about himself despite never writing an actual work of fiction himself.

Andrea Mutti does a fantastic job as Illustrator of this work, his faces are incredibly emotive and the worlds in which Mutti is tasked with illustrating are fantastical but grounded at the same time. There are fantastical and incredible creatures and characters in the fearscape but even in some of the more ridiculous scenes, I could always tell what was going on and what I was supposed to be focusing on in the panel.

I recommend Fearscape to anyone that loves the dark fantasy genre and enjoys a bit of satire. Fearscape pokes a lot of fun at the state of fiction and pop culture in this modern age. It is no coincidence that the “Greatest Storyteller” of our modern age is a plagiarist with no original ideas in this story. This story never takes itself too seriously and is a fun ride along the way. 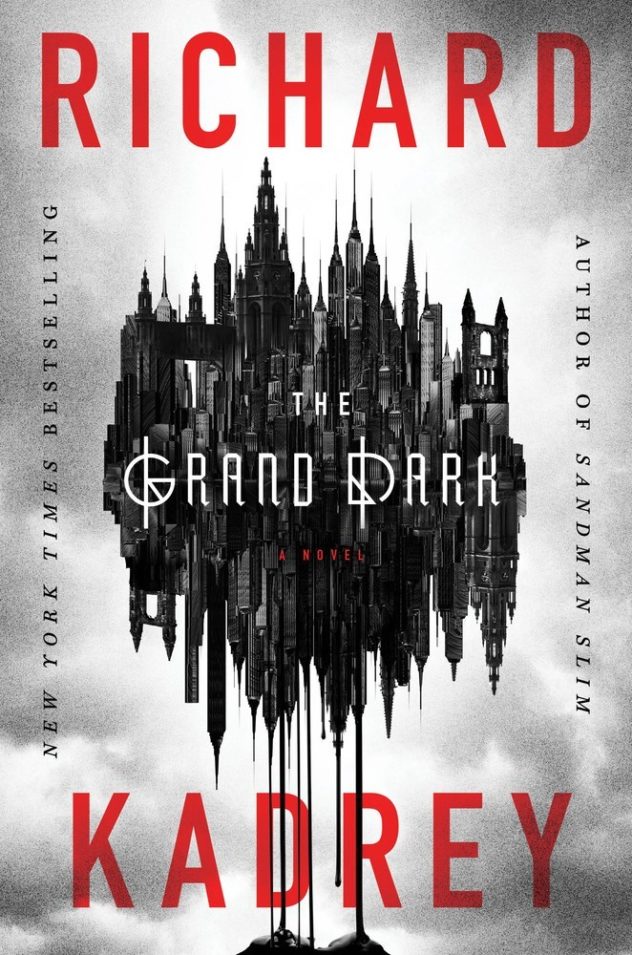 The Grand Dark by Richard Kadrey is a standalone dark fantasy novel that takes place in the dystopian eastern-European inspired steampunk city of Proszawa.  This novel follows the escapades of Largo, a drug-addicted bike messenger from the slums of Lower Proszawa as he tries to ascend out of the slums and into the ranks of the elite of Upper Proszawa. Kadrey is a master at worldbuilding, with every delivery and errand that Largo goes on, the reader is given clues and information about the world of Proszawa. As Largo attempts to ascend the socioeconomic ranks of his world, he begins to discover a plot that could unravel the very fabric of the city and plunge his world into another Great War.

The city of Proszawa is dark and gritty. Drugs, sex and hedonism run rampant. The city parties as robots called Mara take the jobs of the working class. The world is one that is recovering from the effects of a massive industrialized Great War. This setting seems one that is vaguely reminiscent of the German Weimar Republic after the First World War except with Stempunk Androids and genetically engineered creatures littering the streets. The plot is an engaging one but my opinion is the strength of this novel is the world that Kadrey builds. Proszawa has a lot of the trappings that we have come to expect from Urban Dark Fantasy but it is utterly unique in execution. The discovery of the world is almost just as important as the progression of the plot.

Another huge strength of this story is the romance between Largo and the actress Remy.  Remy is an actress for the Grand Dark, a theater in Lower Proszawa that serves as the home for Remy and Largo. The Grand Dark theater is also  where the mysterious antagonist of the book Una Herzog is a regular patron who plays a key role in unraveling the fabric of Proszawa and laying the groundwork for war. Kadrey’s excellent world building can be seen in the portrayal of the Grand Dark theater as well. The pacing of this novel is a slow burn, this serves another level to the character development and world building. We as the reader get to experience Largo’s world through his eyes.

This story is one that gives a very particular view of a dystopian society, starting from Largo’s street-level perspective and eventually elevating it so that we get glimpses of the entire city. Kadrey does a fantastic job of having the reader experience his world through the eyes of his protagonist and I highly recommend The Grand Dark for any reader looking for a dark fantasy world to plunge in to.  Though the pacing of this book can be slow, especially in the first third of the novel, I would argue that this pacing adds to the story, and doesn’t take away from it.