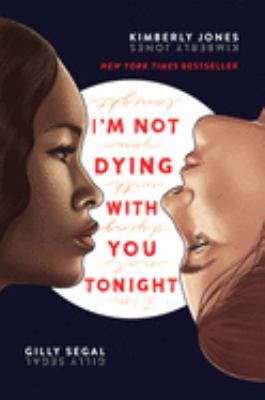 Books told from multiple viewpoints have a way of tearing at my soul. Seeing the same storyline through different characters lends additional compelling layers of emotion, backstory, and meaning that readers wouldn’t have through only one character. I’m Not Dying with You Tonight by Kimberly Jones and Gilly Segal is a young adult novel told from two viewpoints over the course of one night.

Atlanta high school seniors Lena and Campbell, one black and one white, want to be normal teens. After a football rivalry escalates into a riot one Friday night, the two are forced to rely on each other to survive. From two very different backgrounds, the two girls are unexpectedly thrown together when chaos erupts at their school. During that night, Lena and Campbell must travel through the violent race riot that has enveloped Atlanta as they try to get home.

Lena knows what she wants out of life. With an awesome boyfriend, amazing style, and big plans for her future, Lena is determined to make a name for herself. Campbell, on the other hand, is just trying to survive. Being abandoned by her mother and starting her senior year at a new school in a new town with her dad is not how she imagined her life turning out. Campbell just wants to make it through the school year.

When the two head to the football game, they have plans for what they expect the night to be. When a rivalry with another school turns into a riot, Lena and Campbell are thrust together into a fight for survival. They aren’t friends. They barely know each other and don’t understand what the other is going through. Racing through town, their differences matter less as the city goes up in flames and people riot in the streets.