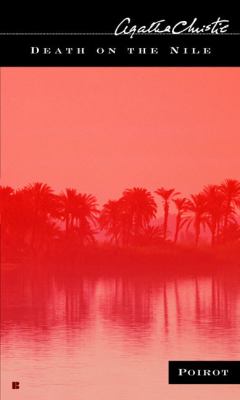 Mystery fans, rejoice! Agatha Christie’s Death on the Nile, first published in 1937, is getting a new film version this October. The film acts as a companion film to the 2017 film Murder on the Orient Express, directed by Kenneth Branagh (also based on a book of the same name). Like its predecessor, this Death on the Nile film will feature a star-studded cast and promises a thrilling interpretation of Christie’s original book.

In the original story, the famous detective Hercule Poirot is on vacation in Egypt when he is approached by heiress Linnet Doyle, who’s being plagued by a stalker. Troubled by the depth of the stalker’s hatred, Poirot finds himself onboard a cruise ship with the stalker, her victim, and the other troubled passengers, none of whom are telling the whole truth. As they journey up the Nile River, the danger mounts and Poirot races against time to discover which of the passengers’ secrets leads to murder.

I’m very excited about this movie, being a lover of mystery books as a genre and Agatha Christie in particular. I saw Murder on the Orient Express when it came out a few years ago, and it was enjoyable. However, Kenneth Branagh’s interpretation of Poirot doesn’t always work for me. While I always read him as mostly dainty and intellectual, Branagh plays Poirot as a dynamic and dramatic character with a troubled past. In the case of Death on the Nile, though, tangled morality and stormy emotions take center stage, so this version of Poirot might actually be more effective.

Whether you’re brand-new to Agatha Christie and her most famous character, or a devoted fan, this is a great opportunity to experience a great mystery story AND think about how storytelling changes when books are turned into movies. You can even compare the new film to an older film version, released in 2004, for the full experience. That’s what I’ll be doing – so stay tuned for my review!