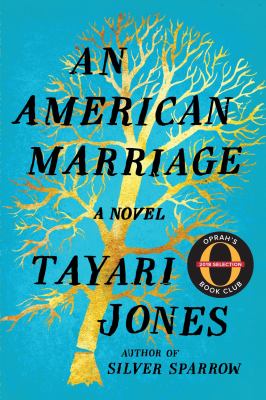 Have you ever read or listened to a book that leaves you questioning what you would do if you were thrust into a similar situation? A previous Oprah’s Book Club pick, An American Marriage, left me feeling bereft as the situation presented is entirely plausible. This book’s discussion of how while you may control some aspects of your life, outside forces have the power to sweep in and destroy your best laid plans shook me as I watched the characters’ lives play out.

An American Marriage by Tayari Jones follows the lives of Celestial and Roy from newlyweds and beyond. Roy is a young executive, while Celestial is a burgeoning artist just starting out on a new career path. Roy works hard so that Celestial can grow her art. Just married, the two are working on starting their new life together, getting to know each other’s families more, and settling into what they hope will be a long, happy life together.

Stuck in a hotel one night, circumstances converge to tear Celestial and Roy’s happy life to shreds. Roy is arrested and sentenced to twelve years in prison. Celestial knows it’s not possible that Roy committed the crime for which he was arrested. All through his trial, Celestial and Roy do not believe that there is any way Roy will be found guilty, but lo and behold, he is sentenced to twelve years. Their lives as they once knew them are over.

Celestial was independent before Roy came along with a fierce independent streak that ran rampant throughout their marriage. After Roy goes to jail, Celestial finds it hard to cope and is left at a loss. As a result, she turns to her best friend Andre. Andre was the best man at her and Roy’s wedding and grew up alongside Celestial. Their fierce and close bond sometimes annoys Roy as he feels they are too close to each other. The longer Roy is in prison, the worse he and Celestial’s relationship grows. Communicating through letters and seldom visits, Celestial realizes that the love that once held her and Roy together has begun to dissolve. Celestial turns to Andre more and more as the love disappears and her relationship with Roy shifts.

Celestial and Roy’s new normal is again changed five years into Roy’s sentence. After five years, Roy’s conviction is overturned! He is overjoyed to be released and see Celestial again. He heads to Atlanta ready to slip back into his previous life with Celestial. Little does he know that everything he had before prison has changed and everything he thinks he has has slipped away. This novel is a fascinating look at how each characters’ actions are intertwined, yet outside forces have a way of changing best laid plans. As I read this book, I kept thinking, ‘well just because you want it, doesn’t mean you’re going to get it’. Life will happen however it wants. 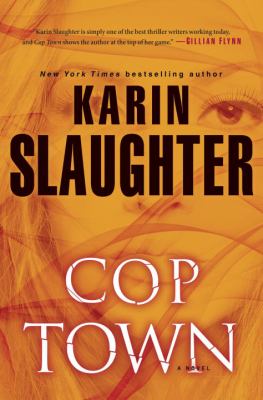 Being a woman cop in the 1970s meant your day was filled with harassment from multiple sources: the men you worked with, the people you encountered on the streets, and usually the family you left behind to become a cop. No matter what you did, you would feel the heat from everyone around you. You were never good enough. This type of harassment and degradation led to some women not even making it through the police academy and for those that made it, enduring that treatment only fed their fire to become the best cop that they could. Reading fiction and nonfiction about women during this era showed me that those pioneering women were continuing on a quest for equality that started many, many years ago.

Cop Town by Karin Slaughter dives into what policewomen in the 1970s went through on a daily basis by following the Atlanta police force in 1974 as they struggled to deal with the murder of an officer and a suspected murderer on the loose. It’s Kate Murphy’s first day on the job. From the moment she steps foot in the precinct, Kate realizes that the Atlanta Police Department is not the place for her. The other police officers are not welcoming to the women and even within the female ranks, they’re all separated by color. Kate is juggling with the fact that her uniform is way too big, she’s not sure how to handle her gun, and the men she’s supposed to be working with only see her as a collection of attractive body parts. Add in the fact that the Atlanta Police Department is still reeling from the death of a fellow officer and Kate has walked into an extremely volatile situation. Despite all of this, Kate refuses to give up. She sets out to try and prove herself even though she really has no idea what she is doing.

Maggie Lawson is only too familiar with the craziness in the Atlanta Police Department. Both her brother and her uncle are on the force. Add in the fact that Maggie is a cop as well and her family life is more than a tad complicated. Having family so enmeshed in the force means that Maggie has to continuously prove herself and that has left her with multiple axes to grind. When Kate Murphy shows up, Maggie knows she is going to be a handful. Kate and Maggie soon find themselves partnered together, even though it’s against regulations. This action is made to isolate Kate and Maggie from the rest of the police, to essentially keep them out of everyone else’s way. Despite being paired together, the women soon find themselves right in the middle of a major criminal situation.  Kate and Maggie are forced to learn to work together to figure out who they can trust and what the real truth is.

Bad Behavior has blocked 1779 access attempts in the last 7 days.