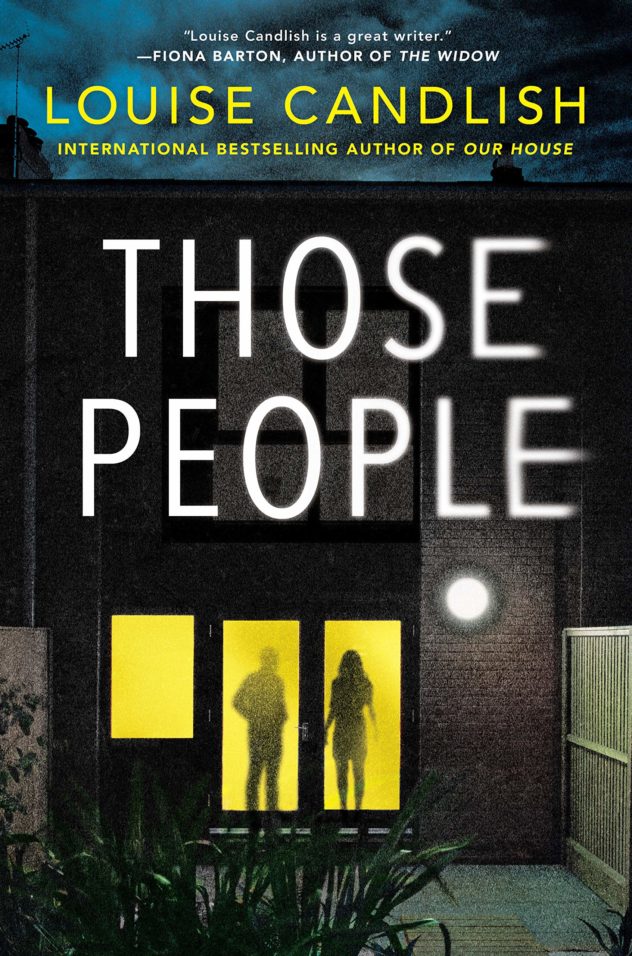 Those People  is another standout suspense / thriller novel from Louise Candlish, who expertly crafts domestic  thrillers with neighbors who are not exactly who they seem.  The narrative it told in alternating chapters of past and present, so the reader knows that some future tragedy has taken place but the who, what, where and why has yet to be uncovered.

Candlish’s latest novel takes place just south of London in a tiny enclave which encompasses the picturesque street of Lowland Way.  Comprised of upper class, professional couples whose homes are impeccable and whose children play harmoniously together, the neighborhood is shocked when “outsiders” Darren and Jodie take up residence in an inherited house.  Couples Ant and Em, Ralph and Naomi, Finn and Tess make up the neighborhood, along with recent widow Sissy.

Darren and Jodie are polar opposites of their neighbors.  They play their music loudly at all hours of the night, begin renovations without proper equipment and have a variety of abandoned vehicles on the property.  The residents of Lowland Way quickly lose patience with the new residents and emotions run high on both sides.  The neighbors are plotting among themselves all the different ways they can rid themselves of the new eyesores in the neighborhood.  Within the cluster of friends, alliances begin to form and betrayals begin.  Are they willing to do whatever it takes to bring “their” neighborhood back?

Events take a tragic turn when someone loses their life in the middle of the night.  Accusations fly and neighbors begin to undermine each other wondering who is to blame.  Then, another tragedy occurs and the rumors and speculation intensifies.  Candlish crafts a suspenseful tale where red herrings abound and the group of neighbors wonder who they can trust. Those People  has a tendency to build slowly with careful character development.  Even though the pace can move a little slowly, I recommend Those People as a domestic thriller with a unique twist.

Bad Behavior has blocked 1417 access attempts in the last 7 days.