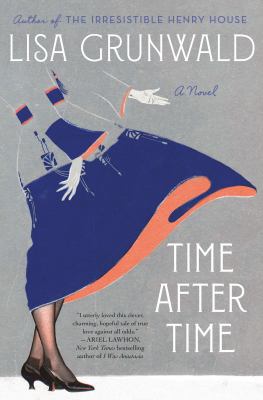 She appears suddenly, out of thin air, on a cold December morning, wearing an out-of-style dress and no coat, confused but not lost. It’s early and Grand Central Station is quiet, filled with the bright light of the just-rising sun. Joe Reynolds, on his way to work, stops to ask if she needs help. She tells him she’s fine and they part ways and Joe never expects to see her again.

Except he does, exactly one year later, at the same place and time. Joe has not been able to forget about her and admits that he has always hoped to see her again. Joe finds out what her name is (Nora Lansing) and they spend some time together, wandering around Grand Central Station. Joe offers to walk Nora home but a few blocks from the station she disappears again.

Dumbfounded and intrigued, Joe starts researching Nora and the address she had given him; what he discovers shocks and unsettles him, but what he is sure of is the connection he had with Nora and that he must see her again.

Set starting in 1937, Time After Time takes place almost entirely at Grand Central Station which Grunwald brings vividly to life. Filled with people constantly on the move, it is also home to multiple shops, restaurants, hotels, classrooms, an art gallery and even a tiny hospital, all orbiting around the trains and their schedules. Against this lively backdrop, Joe and Nora fall in love and learn how to be together under unique circumstances.

This book has a lot going for it including a historical setting (the World War II era), intriguing facts about the trains and about Grand Central Station (which is nearly a character in the book itself), Manhattenhenge (which is critical to this story),  interesting characters (some real, some fictional) as well as a love story that stands firm no matter the hardship, across time itself. Highly recommended.

Bad Behavior has blocked 1750 access attempts in the last 7 days.