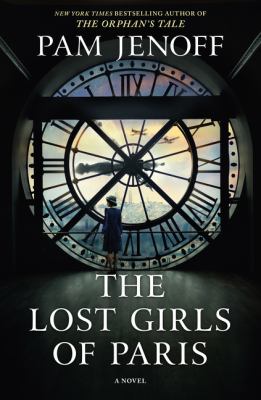 Some sacrifices are never known. Lives are saved, missions completed because of anonymous acts of courage. The deeds slip into forgotten history, yet the bravery and the actions may have made all the difference.

1946. New York City. Grace Healey is rushing to work, when a car accident snarls traffic and forces her to make a detour through Grand Central Station. There she finds a small, abandoned suitcase wedged under a bench. Inside the suitcase she finds a dozen photos of ordinary young women, each of whom stare into the camera with determination. Grace is intrigued and begins searching for the missing owner and, she hopes, the mystery of the photographs.

Soon Grace is pulled into a story of intrigue and secrecy as she learns about the owner of the suitcase, a woman named Eleanor Trigg who lead a network of women acting as secret agents in Occupied Europe. Their assignments ranged from couriers to radio operators in aid of the resistance in the weeks leading up to D-Day and the invasion of France. Twelve women – the young women in the photographs – never returned, their fate a mystery.

Based on true events, The Lost Girls of Paris crackles with tension. The women are resourceful and brave, but face many obstacles and difficulties. Their contribution to the war effort is mostly forgotten now, but brought vividly to life again here. Author Pam Jenoff focuses on a few key members of the unit, creating a story that is intimate and real. It is an incredible story of friendship, bravery and betrayal and the strength to carry on.

This story of World War II was new to me, but it hasn’t been forgotten. A new non-fiction book about these brave women has just been published:  The D-Day Girls: the Spies Who Armed the Resistance, Sabotaged the Nazis and Helped Win World War II by Sarah Rose which you can find at the Davenport Library.