This year’s Quad Cities Museum Week runs from June 8th through the 16th. Participating institutions have special activities, exhibits, and promotions during the week.

One participating museum, the German American Heritage Center, is celebrating its 25th Anniversary this year. They were incorporated on August 4, 1994.

“The German American Heritage Center seeks to preserve the heritage of our German ancestors for present and future generations, to enrich our knowledge of the German Immigrant experience through the creation of a library archives and museum, and to encourage German American cultural exchange programs”

Signers of the Articles of Incorporation:

Soon after they purchased a building at 712 W 2nd Street to use as a museum. Built in 1868, this hotel for new German immigrants was first called the “Germania House”. In 1876 it was purchased by John Fredrich Miller and renamed the “Miller Hotel”. In  1924 the name changed to the “Standard Hotel”. The upper floors of the building were used as hotel rooms while the first floor housed restaurants and bars over the years. The basement even was home to a barber shop in the early days of the hotel business. The hotel closed in 1990.

The museum opened in the first floor of their new home on May 27th, 2000. They added a gift shop the following year. An elevator was needed so that the rest of the building could be restored and used by the public.

2019 also marks the 10th anniversary of their interactive permanent exhibit, “The German Immigrant Experience”, which opened on the second floor of the building on October 3rd, 2009.

Visit their website gahc.org for information on current exhibits, tours, and events!

These are membership brochures from our collection:

And here is a sampling of issues of their quarterly newsletter, Infoblatt:
[Show as slideshow]

The German-American Heritage Center will also be the host location for the Quad Cities Archives Fair to be held on October 26, 2019: 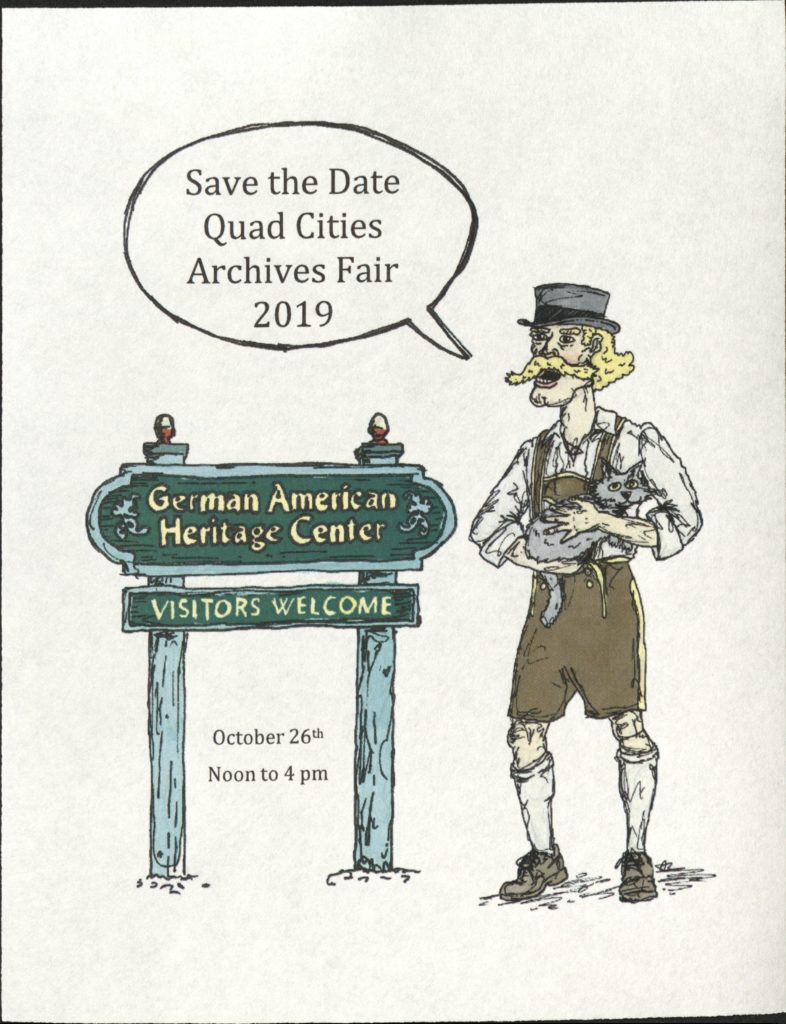 Bad Behavior has blocked 1066 access attempts in the last 7 days.