Henry Farnam’s Life and Work Near the Mississippi

The name Henry Farnam is not unheard of in this area. Mr. Farnam’s legacy and his influence was felt in the world of railroads, particularly the ever-growing network of railway lines spreading from the East.

He was born in Scipio, Cayuga County in the Finger Lakes region of New York. His parents, Jeffery Amherst Farnam (1773-1842) and Mercy Tracy (1775-1873), nurtured the study of mathematics and poetry in their young son. He utilized his knowledge by becoming a surveyor.  Through his employment as a surveyor, he worked on projects such as the Erie Canal west of Rochester, New York and the New Haven and Northampton Canal. Soon this canal was replaced by a more efficient railroad line in the 1840s. 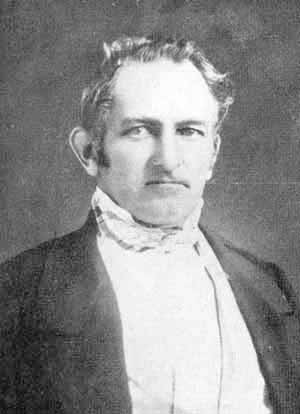 In 1850, his work led him to travel to Illinois with his business partner Joseph E. Sheffield, an eastern financier. During this period, residents of the Tri-Cities began to succumb to railroad fever that was sweeping the nation.

In June 1845, a group of notable men from Davenport, Rock Island, and Moline met at Colonel George Davenport’s home to discuss the future of railroads and their cities. Their first hope was to establish a rail line from Rock Island to LaSalle. Unfortunately, they encountered challenges of raising funds which inevitably slowed their plans. After the funds were secured, Mr. James Grant, a Davenport attorney and former member of the Iowa Legislature, read of the work of Henry Farnam. The group set up a meeting with Mr. Farnam to discuss their plans.

Farnam and his partner endeavored to build the Chicago and Rock Island Railroad, a direct railway line from Chicago to Rock Island. Later this line would be known as “The Rock.” They successfully raised the funds and local support for this project. Not only was this rail line going provide a route from Rock Island to Chicago, but it was also going to span the wide Mississippi River.

He visited Rock Island on February 22, 1854, to attend a gala dinner celebrating the completion of the Chicago and Rock Island Railroad.  Farnam announced, “‘Today we witness the nuptials of the Atlantic with the Father of Waters. Tomorrow the people of Rock Island can go to New York'” entirely by railroad in a span of 42 hours (Willard, John. “Henry Farnam Builds a Railroad”). Farnam was the president of this organization from 1854-1863.

Another momentous cellebration of the bridge to the Mississippie occurred on June 5-10, 1854. This event is known as the Grand Excursion. More than 1,200 citizens, including politicians, artist, reporters, writers, and business leader traveled from Chicago to Rock Island by railroad and traveled by a small fleet of steamboats upt to St. Paul, the capital of the Minnesota Territory. On the Saturday June 10th when the excursion ended, Mr. Farnam young son, Henry Walcott was present with a golden cup to commemorate this event.

A selection of historical poetry featuring Mr. Farnam and the railroad by Dick Stahl, poet laureate of the Quad Cities from 2001-2003. 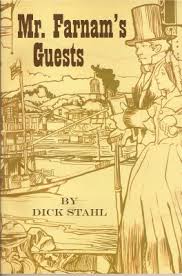 People around here call me Judge Grant.
Born on a plantation
near Enfield, Halifax County, North Carolina.
Chapel Hill University graduate.
School teacher. At twenty-one,
I moved west with a restless country
to Chicago.  As a circuit judge
for the sixth district of Illinois,
I rode on horseback
about three thousand miles a year.
Then I moved to a farm near Davenport, Iowa,
in Scott County, and rode a circuit.
The law’s my life;
the bench and bar, my first love.
I’m mayor of the city-
Democrat in politics.
Settlers are moving in-
houses going up faster
than I can count
my growing library of law books.

Caught with railroad fever
with Ebenezer Cook, lawyer and banker,
and with those other luminaries
who gathered at Colonel George Davenport’s house
in early June 1845 to weigh
the idea of a railroad.

Elected first president
of the Rock Island and La Salle Railroad,
heard a lot of arguments about construction,
grumblings from stockholders for results,
moanings about merely linking the Mississippi
with the Illinois River.

That’s when I heard Henry Farnam,
railroad builder from New Haven, Connecticut,
was in Chicago. Wanted to build
another railroad, they said.
We urged him to make a horseback survey
of our line. He came back
like a circle, eager to connect Joseph E. Sheffield,
his partner, in the project
and proposed a new charter for a direct line
from Chicago to Rock Island.

So another circuit starts.
I saw the first spade turned
on October 1, 1851, at Twenty-Second Street,
the south limits of Chicago,
for the working
Chicago and Rock Island Rail-Road. (Stahl 6-7)

I’m writing my History of the United States
without having seen much
of this country beyond the Atlantic coast;
now I’m exploring
the New West. No prince or potentate
ever hosted a thousand guests
over three thousand miles
of land and water
with such gracious splendor
as Henry Farnam. He is my American Aeneas;
his Grand Excursion, my epic
of adventure. The man inspires the soul
of a company, the chapter
of an age. I honor
his western thinking, straight as his run
of iron track. He rides on line
with his Rocket
to Rock Island, steaming
a course, like the sun.
He spreads warm hospitality
with every word. His energy splashes
like water cascading
the paddle wheel around Winona
and Wabasha and Red Wing.
His spirit is wide as Lake Pepin, his flair
for friendship close
as four steamboats lashed together,
their bands rising on the same high notes.
He and his family step together
across the platform
from one boat
to another. My pen’s as excited
as my new American spirit.
So here’s my toast
to you, Mr. Henry Farnam,
a master soul, one
who stands alone
in the history of excursions.
I’m writing history;
you’re making it. (Stahl 91-92)

I, Henry W. Farnam, being young in years, and wholly unaccustomed to public speaking, feel incompetent to discharge in suitable terms the duty imposed upon me on this interesting occasion. When I came on board this boat, it was farthest from my expectation to make a speech. All my wants may be confined within this little cup which you propose to give me. Its contents are a baby’s world-his universe. I give you my best smile of thanks for your kindness.

Only my infant heart remembers
the tenor of his words
on the GOLDEN ERA.

The first time I saw the cup
sitting on your mantle in this library
I thought it was yours, but when you read
the engraving, I heard my voice
on the Grand Excursion.

When you handed it to me,
I could hardly hold it. I whispered
my own name, and I’ve heard
its soft echo grow
these many years.

This cup large as a bowl
holds a link to the past
and the future for our family.
It celebrates a golden time
for mother and you and my brother George.
Let it be passed down
as a remembrance.

I raise my glass to you, father,
and offer my best smile
as a toast. Here’s to
the master spirit of the Grand Excursion
and to the family Shakespeare.
Whether you’re building railroads
or reading poetry, you’re always ready
with all the right lines. (Stahl 97-98)

As his time in Illinois neared an end, he and his family applied for U.S. Passports to travel and live abroad. They lived in Europe for 5 years and during that time they visited the Holy Lands. They returned settling in New Haven, Connecticut. Farnam and his wife, Ann, live there for the rest of their lives contributing their time and wealth to Yale University. 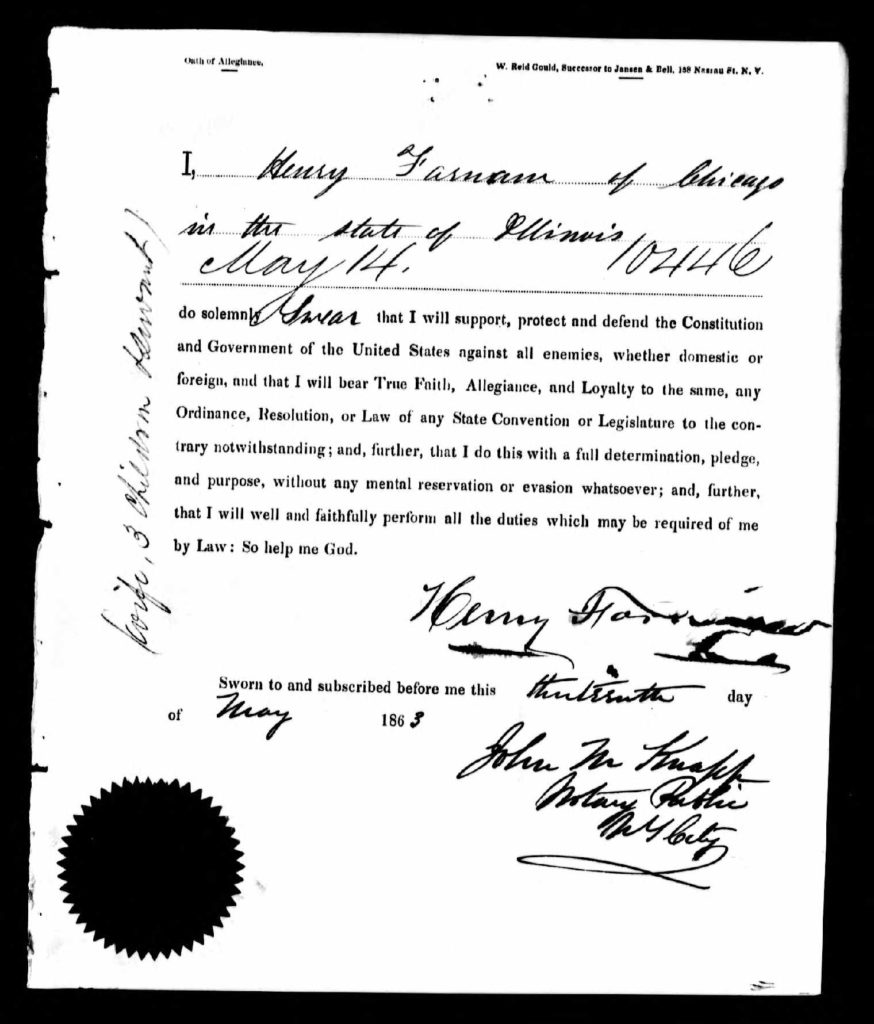 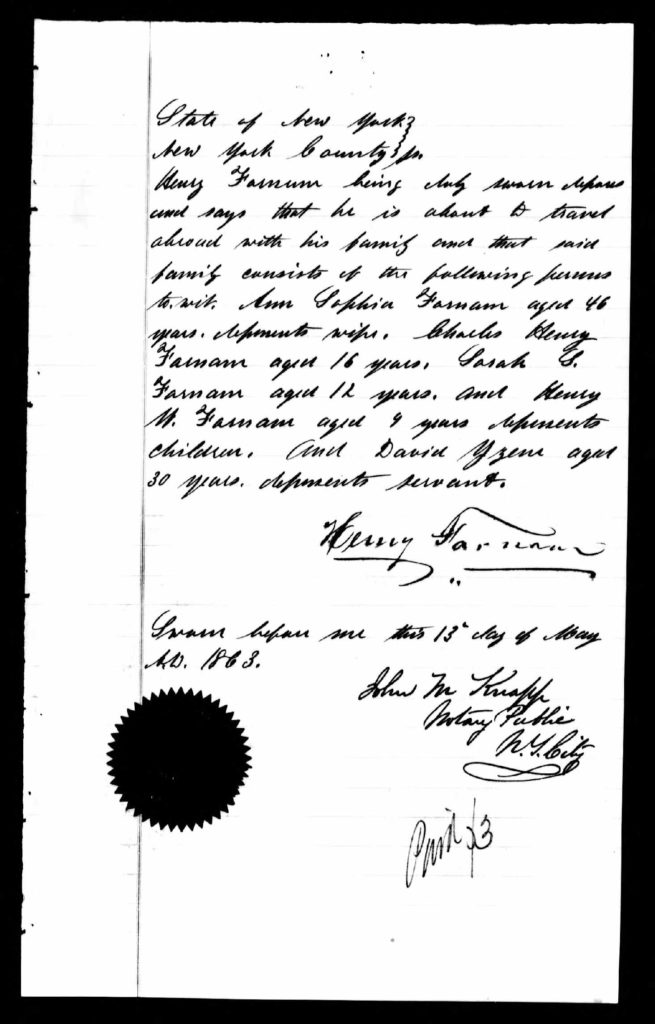 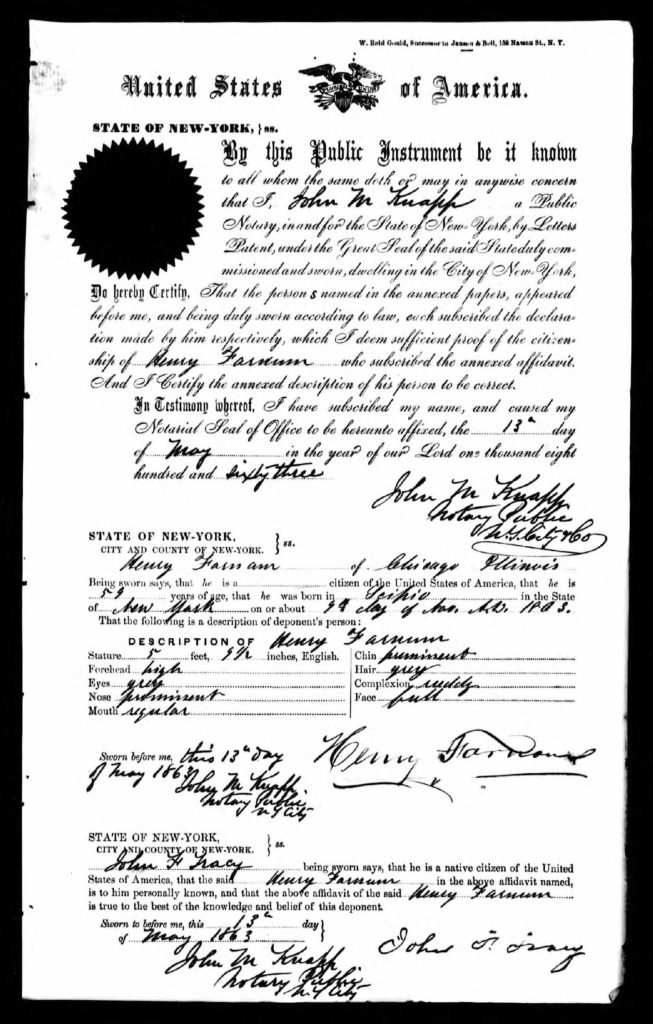 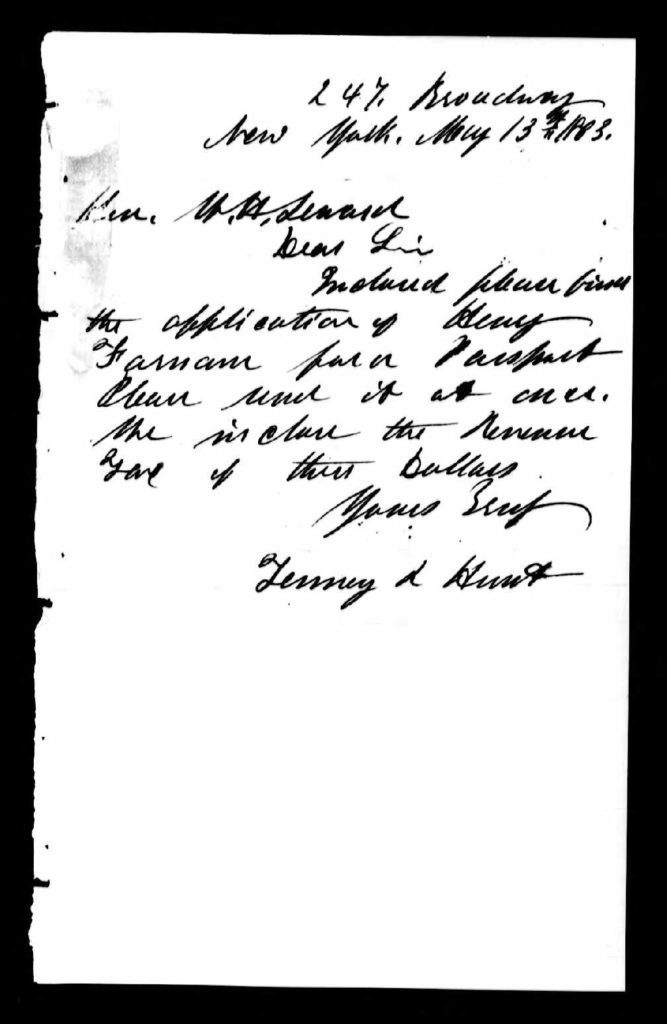 Mr. Farnam left a lasting impression on the Quad Cities. His forward thinking helped to encourage travel and entrepreneurial growth in the West.

Join us in celebrating the work of Henry Farnam at the 16th Annual Farnam Dinner on March 28th at the Radisson Hotel at 5 p.m.

Bad Behavior has blocked 690 access attempts in the last 7 days.