As we approach the 50th anniversary of the Davenport Public Library’s Main Street branch, we will be posting here about the events that led up to the demolition of the Carnegie building and the decision to construct Edward Durell Stone’s design in its place. Be sure to celebrate with us at Main’s 50th Birthday Party on October 13th!

The first major change to the library was the addition of the Children’s Wing to the east side of the Carnegie building.

In February 1960, the Library Board announced the results of a two-year study of the Carnegie building’s condition. Due to the building’s age, insufficient space to meet current and future needs, and the standards required when it was built, Board members began to consider long-range plans for constructing a new building. However, they decided that to make alterations to the existing structure would be a more feasible short-term solution.

In May 1960, the Library Board requested $205,000 from the City’s $1 million bond issue for capital improvements. $45,000 went to purchase the Midas Muffler shop owned by Warren Langwith at 117-119 W. 4th Street, directly east of the Carnegie library building. The remaining $160,000 was meant to go towards repairs of the existing library building, but the Library Board asked to use the money for new construction instead. Members were opposed to investing money in a building “not suitable to present-day library operations.”

The one-story, air-conditioned, fire-resistant wing was the first stage in a two-phase, long-range construction plan. Once the children’s books were moved to the new wing, the second floor of the Carnegie building would then be closed to the public for safety reasons. 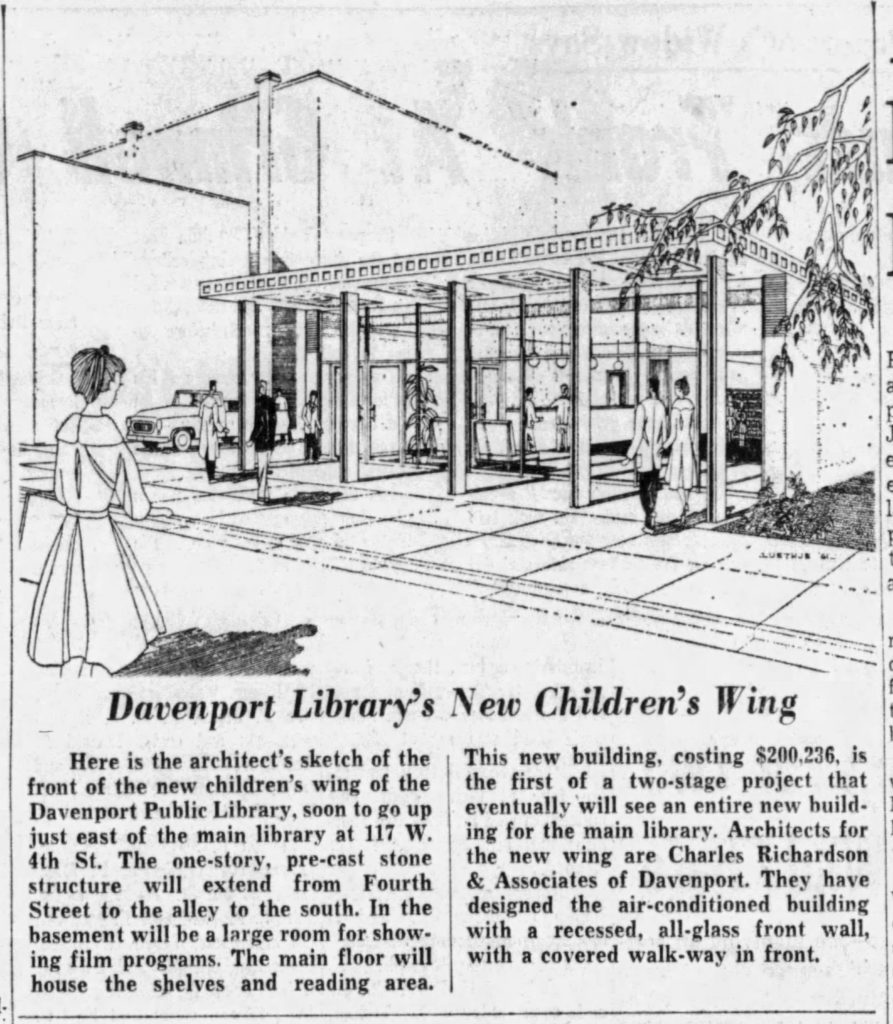 Construction began in November, 1961. The excavation caused more cracks to appear on the east wall of the “stacks” or book storage section of the Carnegie building in March, 1962. This part of the library had been built in 1922 and had been slowly settling, but the excavation work caused it to settle an additional 1/8 of an inch. Contractor Leonard H. Ewoldt said that the bedrock was 15 to 17 feet below street level, and there was about 10 feet of water tht would have to be pumped.

Work on the Children’s Addition had to stop for the safety of the construction workers until the foundation was strengthened and the damaged section razed.  The Davenport City Council approved demolition of the library wall and the building of a temporary wall in September of 1962.

Work crept along that winter as the building no longer showed signs of cracking and settling. Through the spring and summer of 1963, the construction of the new Children’s Wing neared completion. 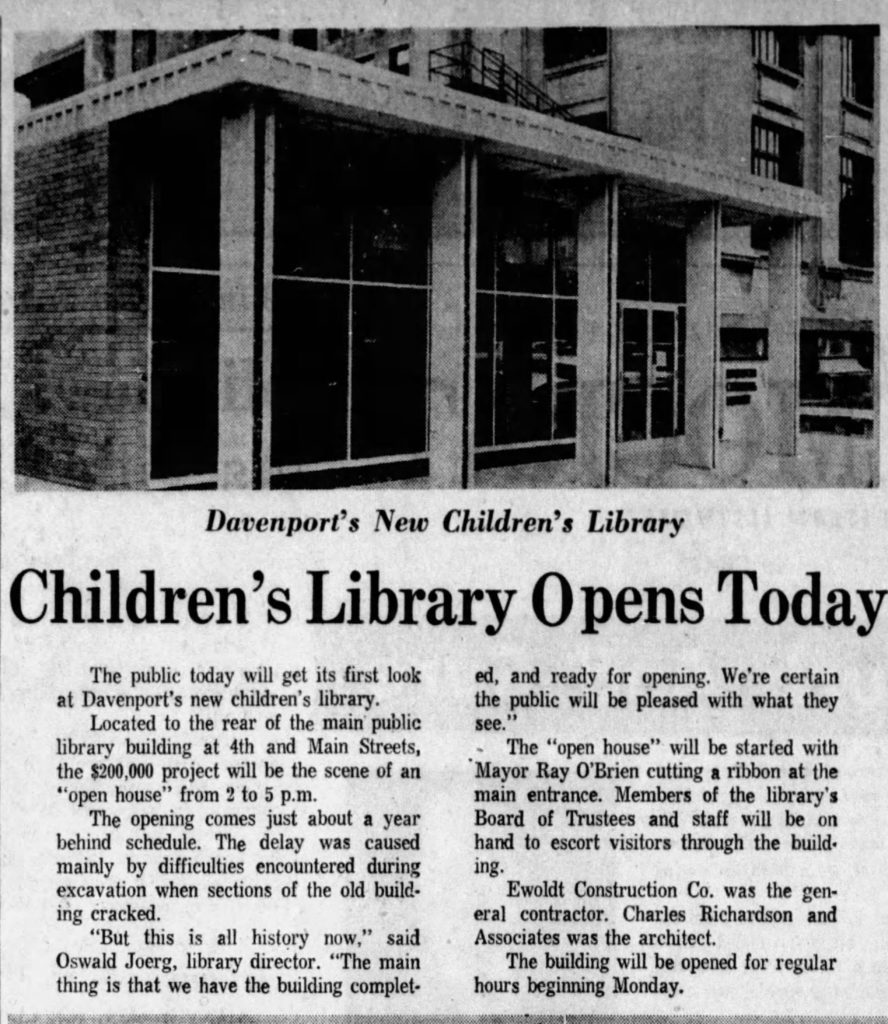 After a long two years of construction, the Children’s Library Wing finally opened to the public on September 8, 1963. More than 800 people visited the library that day! 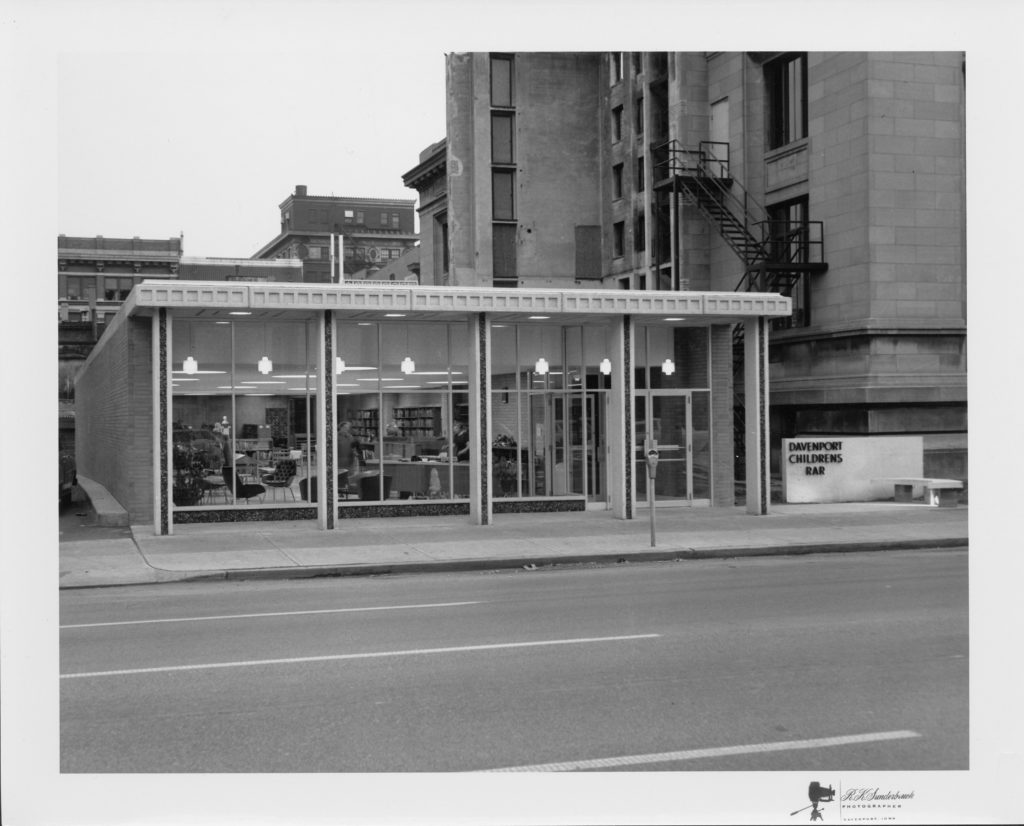 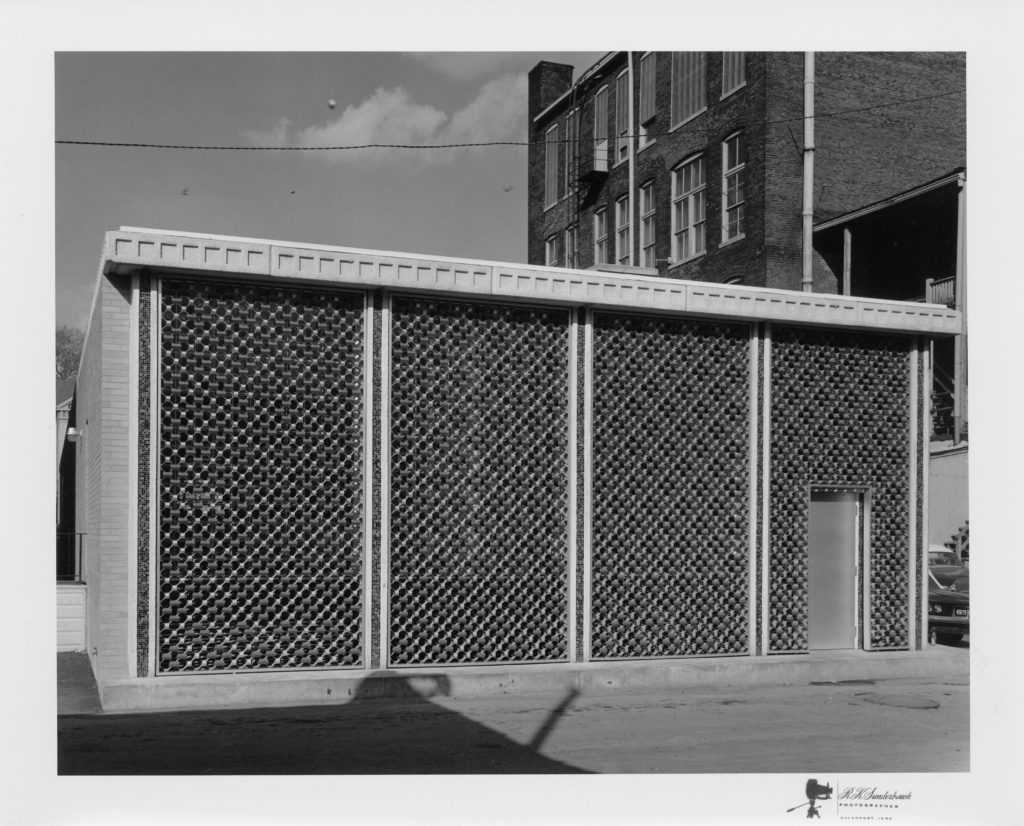 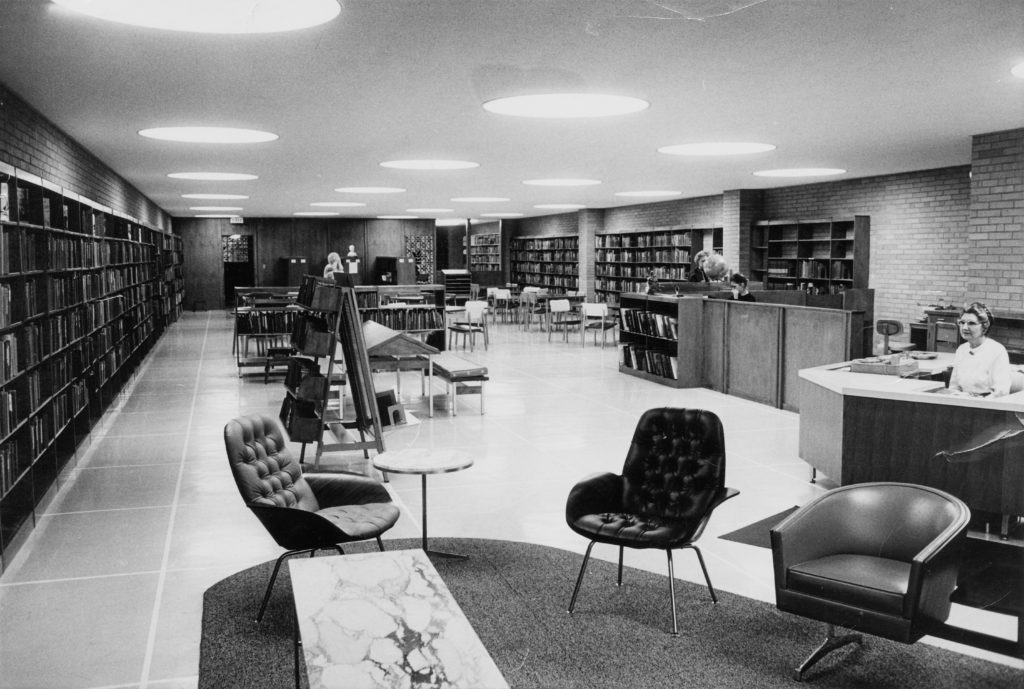 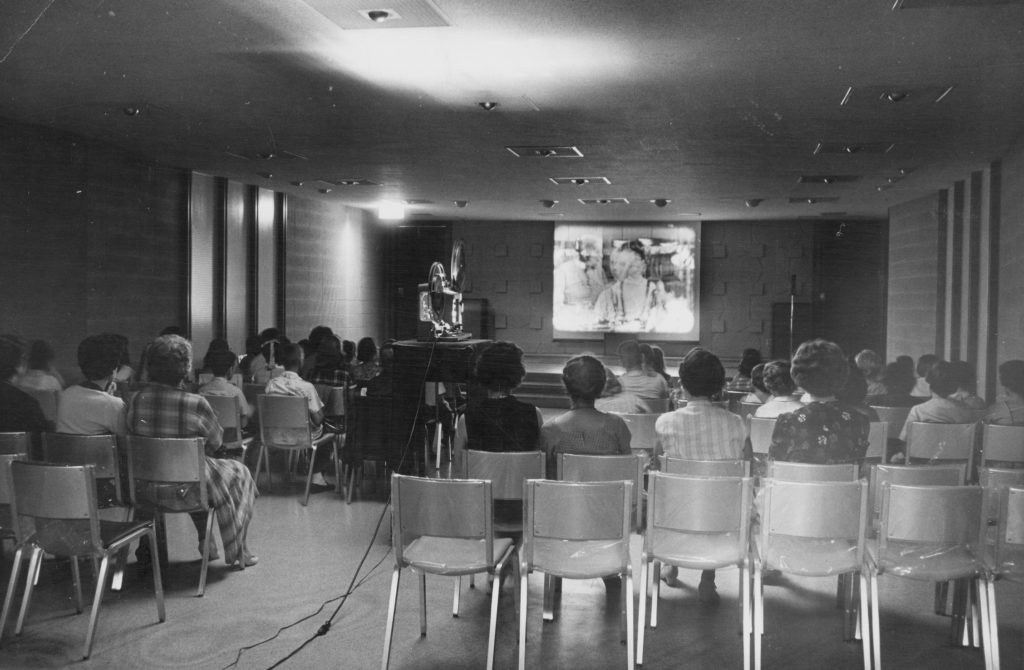 These exterior and interior shots of the newly-constructed Children’s Wing are among the many photographs in the Richardson-Sloane Special Collections Center’s collection of materials tracing the history of the Davenport Public Library.

Stay tuned for the next post in the Main Street Library’s 50th Anniversary Series!