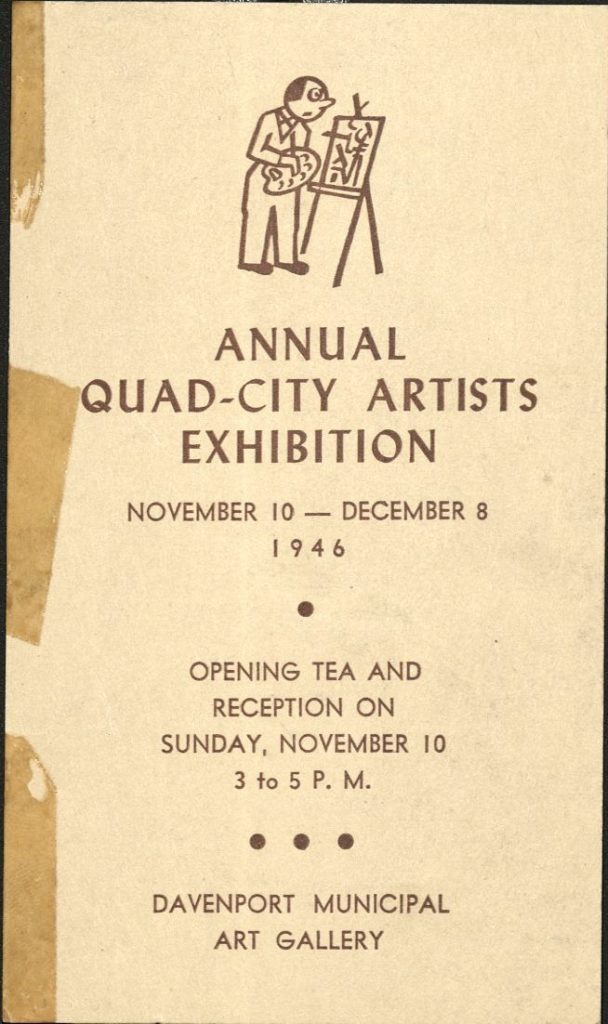 The Richardson-Sloane Special Collections Center celebrates the Figge Museum of Art (the Davenport Public Library’s partner in this year’s Read Wild Summer Reading Program) by sharing these examples of its commitment to local artists and art collectors in the 1940s and ’50s. These exhibition guides and announcements are from our Davenport Municipal Art Gallery/Davenport Museum of Art (predecessors of the Figge) collection, #2004-70. 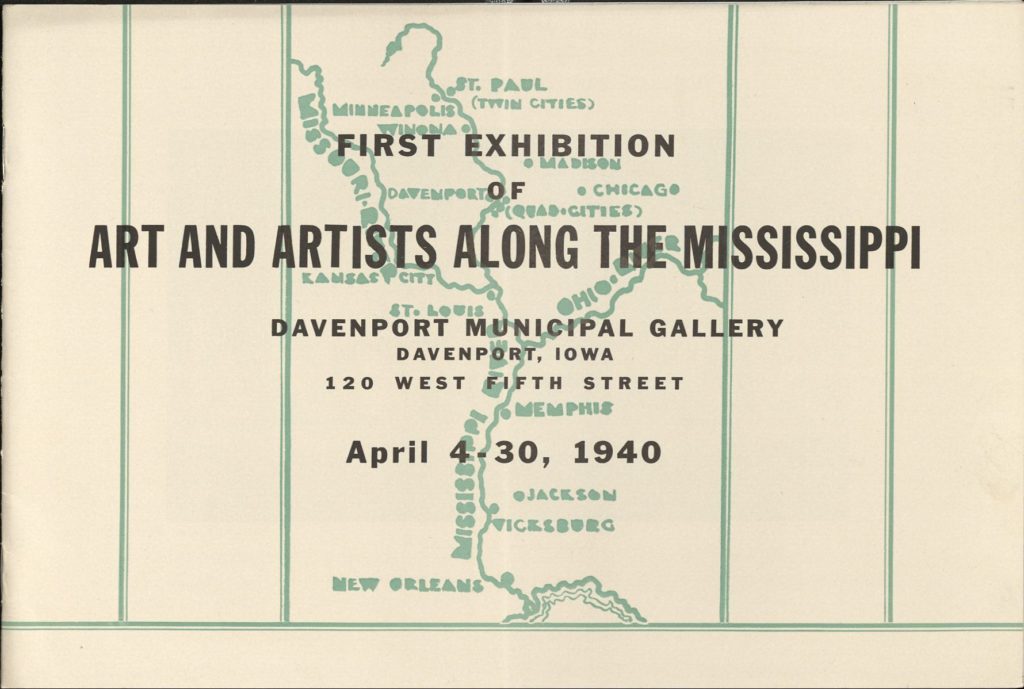 The work of some of the individual local artists whose names appear in the above list, such as Reginald Neal and Helen Hinrichsen, were later presented at the Gallery. 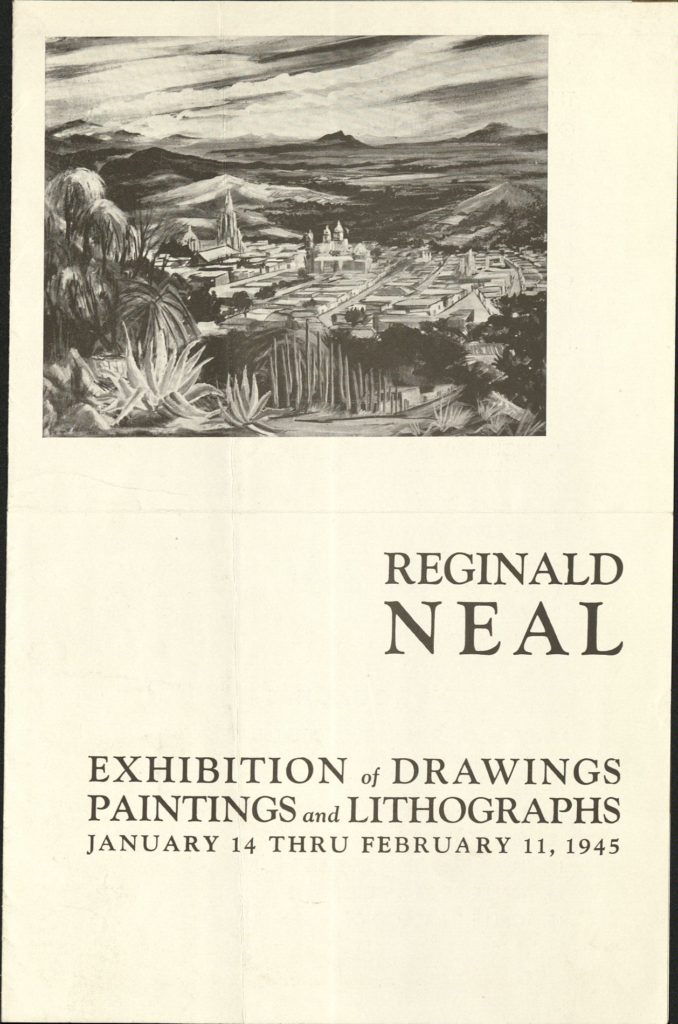 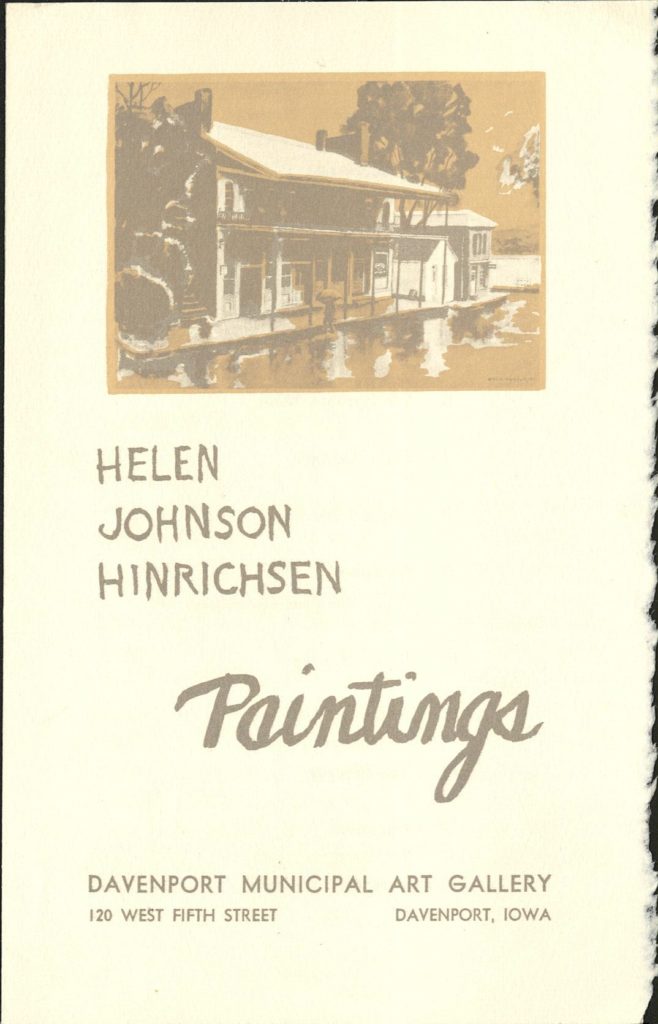 Rock Island resident Neal showed “kodachrome slides of many of the interesting places in which he painted and sketched” on his “trip to Old Mexico” in connection with his one-man show in 1945.  Hinrichsen, a Davenport illustrator and painter, was commissioned to create local public art including the Davenport Centennial Mural and the stairway decorations for the Petersen-Harned-Von Maur store. Her solo exhibition at the Gallery was in November, 1955.

Then as now, the Gallery supported art education in Quad Cities area schools. This is the cover of a program for the Secondary Art Exhibit of the Davenport Community Schools held in May, 1959. 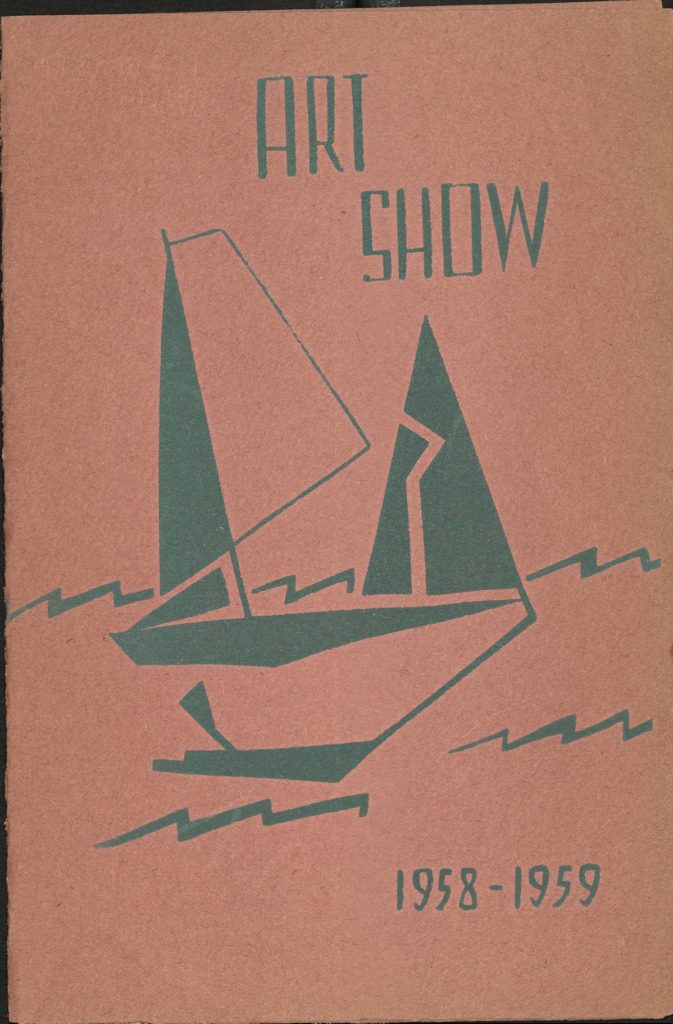 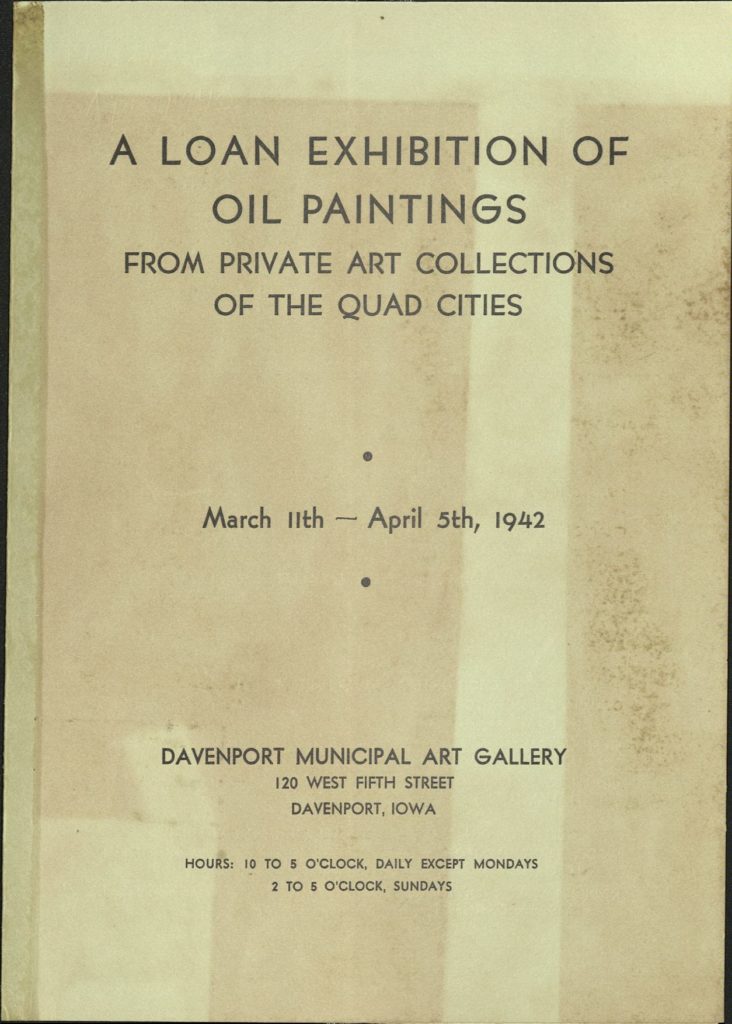 Works exhibited ranged from Rembrandt and other Dutch Masters to contemporary artists such as Georges Bracque. 19th-century American artists are also well represented.

Individual local collectors were also honored by the Davenport Municipal Art Gallery. Helen Loosely Stone, a Moline resident and member of  “a small group of persons possessing a high degree of esthetic awareness [who] met regularly to study and enjoy Japanese and Chinese color-prints,” possessed an impressive collection of works in this genre. After her death, her friends and family arranged to have the prints donated to the Gallery. Her collection was exhibited in October, 1956. 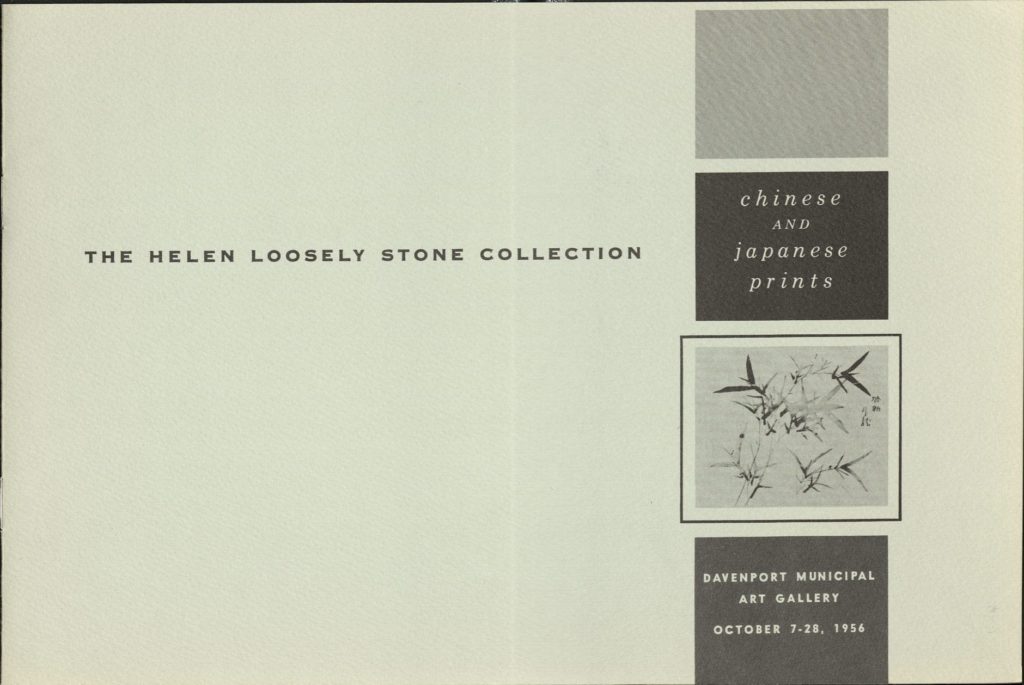