In the February 14, 1918 issue of the Davenport Democrat, the marriage of locals Sgt. George Marsh Sheets and Louise Baird was celebrated in connection with a controversy over the conditions at Camp Cody in Deming, New Mexico. Named for LeClaire native William F. “Buffalo Bill” Cody, the camp where volunteers from the Scott County National Guard field artillery units were training had recently been disparaged by Iowa governor W.L. Harding. The Democrat‘s editorial disputed the governor’s characterization of the camp as a “cold hell,” claiming “…there have been more weddings than deaths…” there. (p. 6) 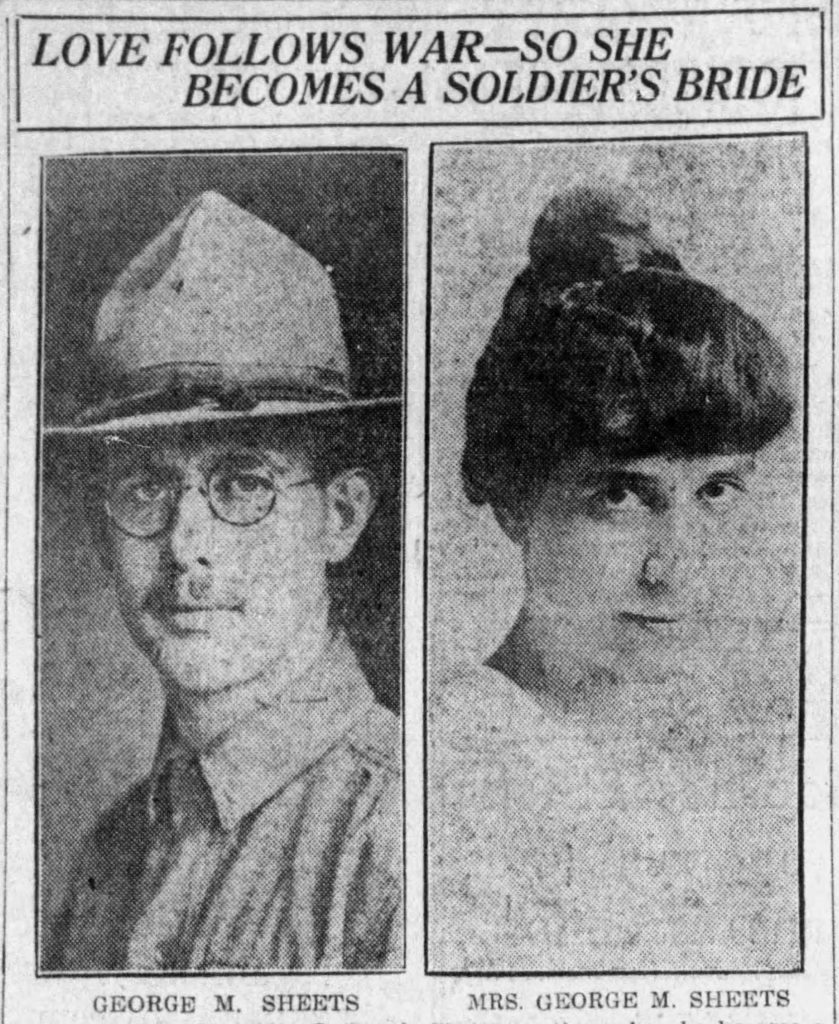 On the very same day, the Democrat reported on another marriage-related story: George F. Crosse of Des Moines was sentenced to six months in jail and a $500 fine for posing by way of newspaper advertisements as “Lucile Love,” a girl in search of a husband. Once a victim proposed marriage, Crosse would agree to a wedding and “write for money to be used in defraying expenses of the trip.” Judge M.J. Wade declared that these “matrimonial advertisements” ought to be banned because they “…pandered to moral perverts and outraged the sacred institutions of love and marriage.” (p. 2) 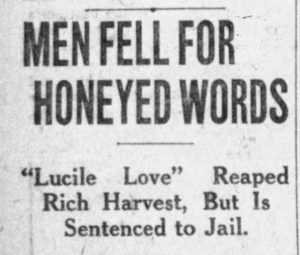 Truer expressions of love could not be hampered by wartime efforts to economize, as the Davenport Daily Times (p. 7) reported on Valentine’s Day, 1918: 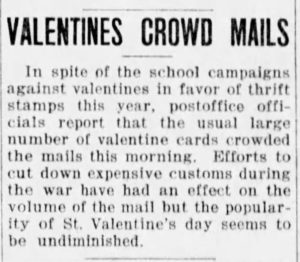 Bad Behavior has blocked 863 access attempts in the last 7 days.