We are proud to announce a very special project from the Richardson-Sloane Special Collections Center!

A 2018 calendar featuring photographs of Davenport and Scott County, Iowa from our collection is now on sale at all three of the Davenport Public Library locations. 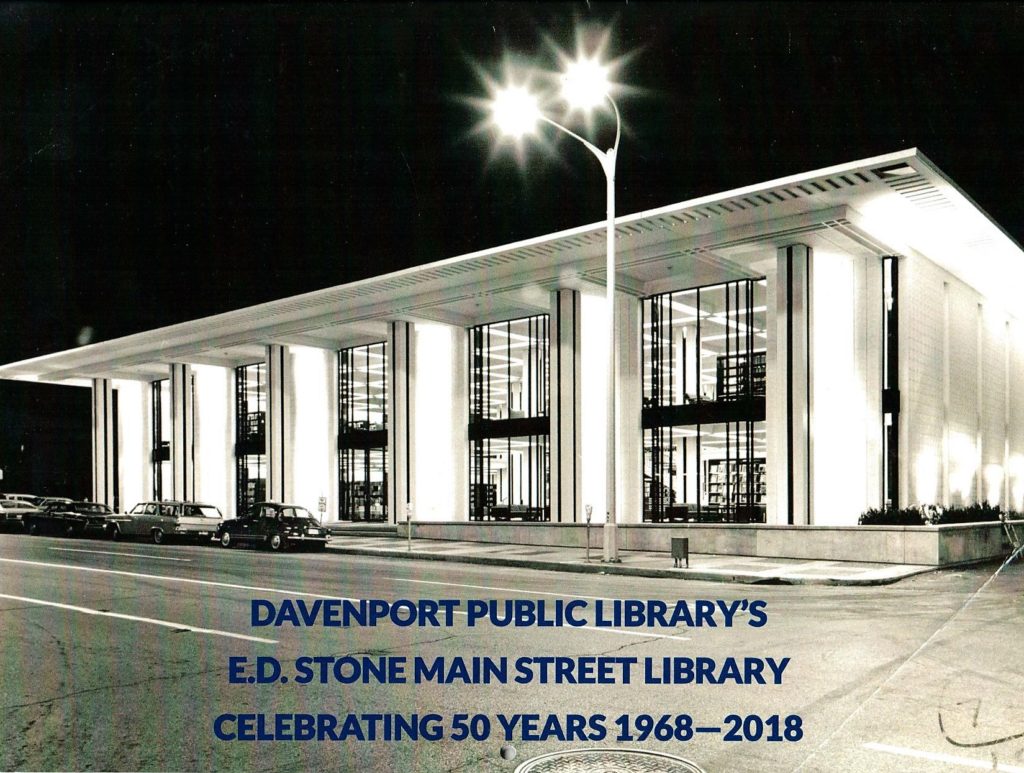 What inspired this endeavor? Next year is the 50th anniversary of our Main Street building, designed by world-renowned architect Edward Durell Stone.* It is also the Davenport Public Library location that houses the Richardson-Sloane Special Collections Center.

Narrowing down which photographs to place in the calendar was a daunting task…so many excellent ones to choose from in our collection! In addition to photographs, the calendar includes important dates in the history of the local area, such as this one: On June 29, 1863, the First National Bank opened at 201 W. 2nd Street in Davenport, the first bank in the nation to open under the National Banking and Currency Act (passed by the United States Congress that same year)! 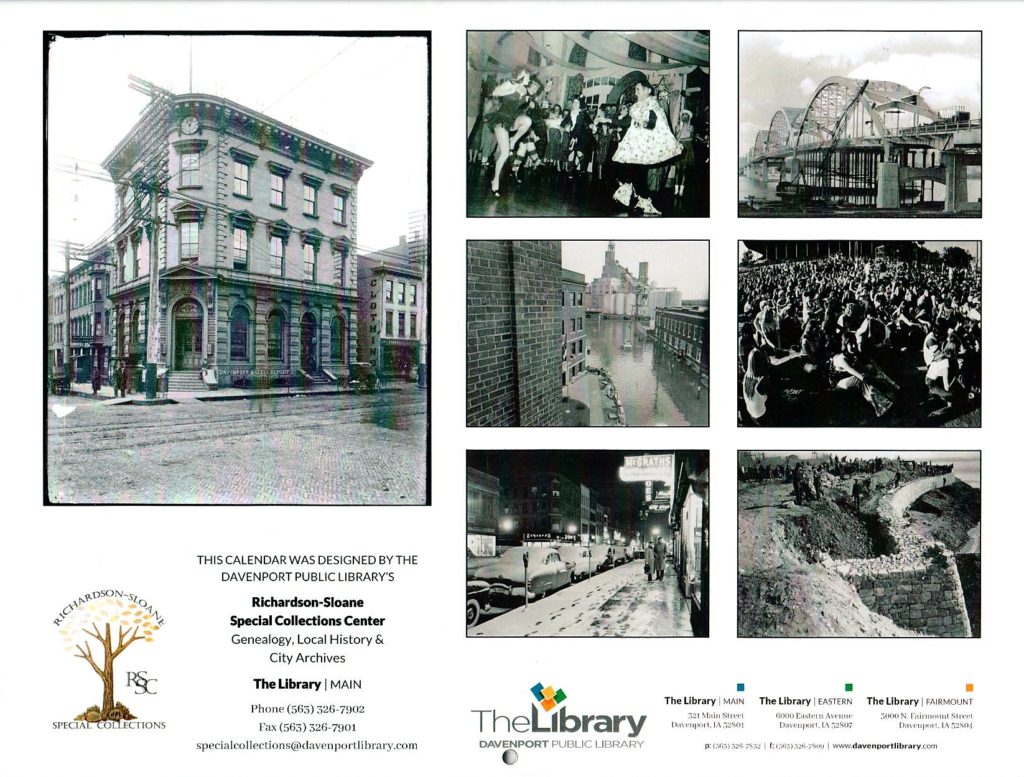 Calendars are $10 each, with proceeds going to the Richardson-Sloane Special Collections Center in support of the library’s local history and genealogy collections.

We also created a virtual tour of the locations in the photographs on HistoryPin!

If you have any questions, please contact The RSSC Center of the Davenport Public Library at (563) 326-7902 or specialcollections@davenportlibrary.com.

*Some of the landmark projects by Mr. Stone include his work as principal designer of the Radio City Music Hall (New York City, NY. 1932). With Philip Goodwin, the Museum of Modern Art (New York City, NY. 1937). Later independent works include the John F. Kennedy Center for the Performing Arts (Washington, D.C. 1962) and the United States Embassy in New Delhi (India. 1954).