This week we present the 143-year history of Davenport’s Mueller Lumber Company in timeline format:

1852 – Christian Mueller, a Schleswig-Holsteiner and veteran of the Revolution of 1848, arrives in Davenport, Iowa. He begins working at a lumber yard for $1.25 per day, and eventually becomes the supervisor at the French & Davies mill. 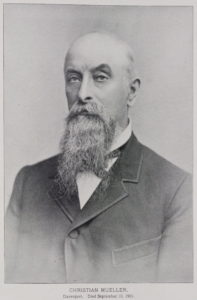 1854 – After adding a sash, door,  and blind factory the saw mill is renamed Burnell, Gillet & Co. The production of  lath and shingles begins.

18 May 1863 – Lorenzo Schricker and Louis Dessaint purchase the mill property and the firm becomes known as Schricker & Dessaint.

04 April 1868 – Christian Mueller buys Dessaint’s interest in the firm, then renamed Schricker and Mueller. In these early days, Mueller was manufacturer, wholesaler and retailer of lumber products, wood lath and shingles.

1870 – The steamboat St. Croix is built. Before that, logs floated down Chippewa River on huge rafts navigated by men with large oars.

August 1886 – A new mill begins operation with the lumber that survived the 1885 fire.

01 January 1895 – The firm reorganizes. Christian’s sons are taken in as full partners and the name is changed to Christian Mueller and Sons.

25 January 1902 – The Articles of Incorporation are filed in Scott County for the Mueller Lumber Company.

07 April 1902 – A new saw mill is constructed on Cook’s Point near Credit Island.

1907 – The mill is dismantled when logging in the North Woods ceases. The manufacturing portion of business shut down. The property at West 2nd & Scott streets continues to be used as a storage facility and retail lumber yard.

27 October 1951 – Two corporations are formed – one operating the retail lumber business and the other holding all of the land, buildings and investments. The charter is amended and the name is changed to “Christian Mueller Realty Co.” A new corporation is formed and named Mueller Lumber Co.

1956 – Robert Horton, husband of one of Christian Mueller’s great-granddaughters, joins the firm.

1961 – The Moline Lumber Yard combines with the Swan-Bahnsen Lumber Co. of Moline, forming the new Mueller Bahnsen Corporation, located near the Quad City Airport. The old lumber yard in downtown Moline is closed.

August 1992 – The retail lumber business is sold to the Great Plains Supply Inc., of Minnesota. 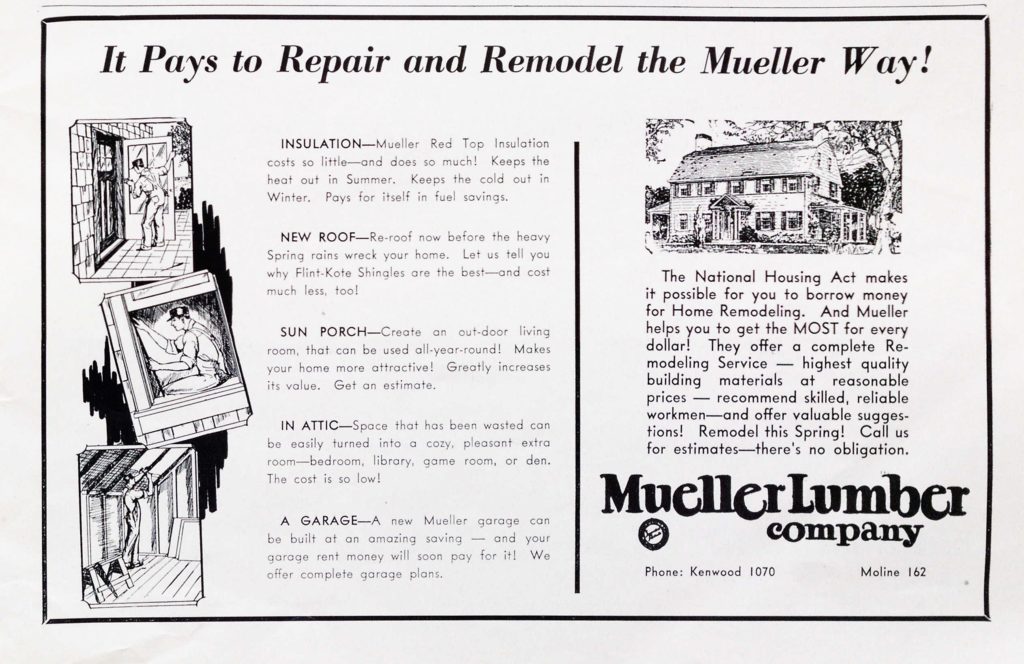 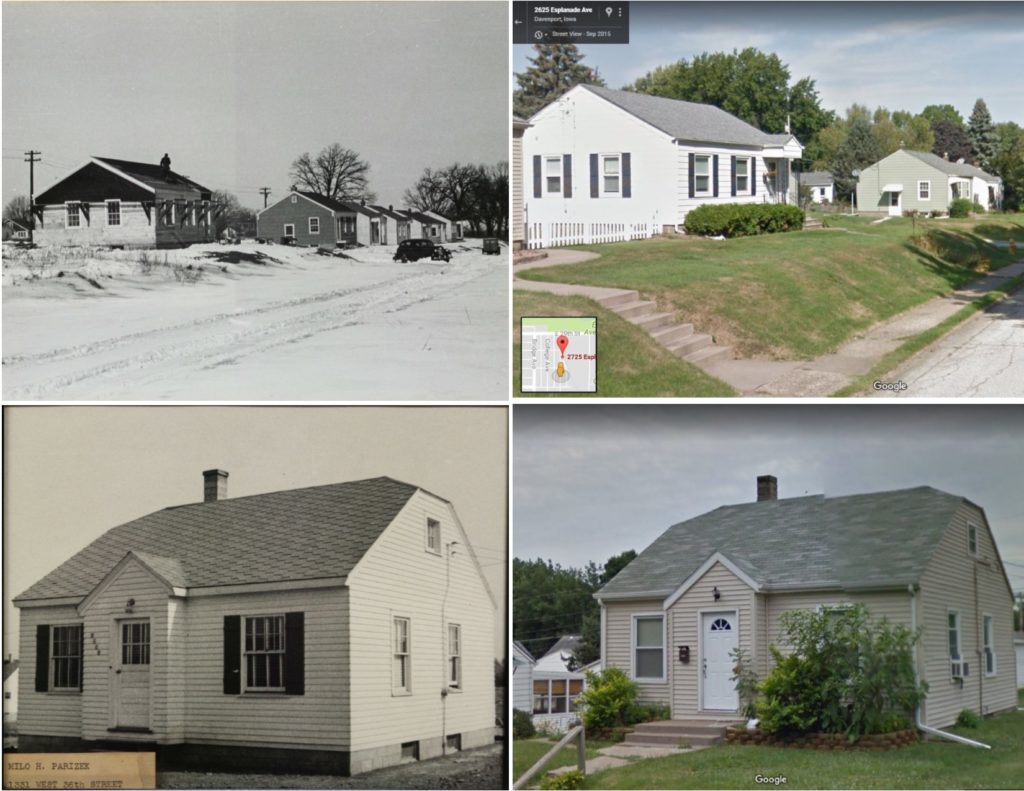 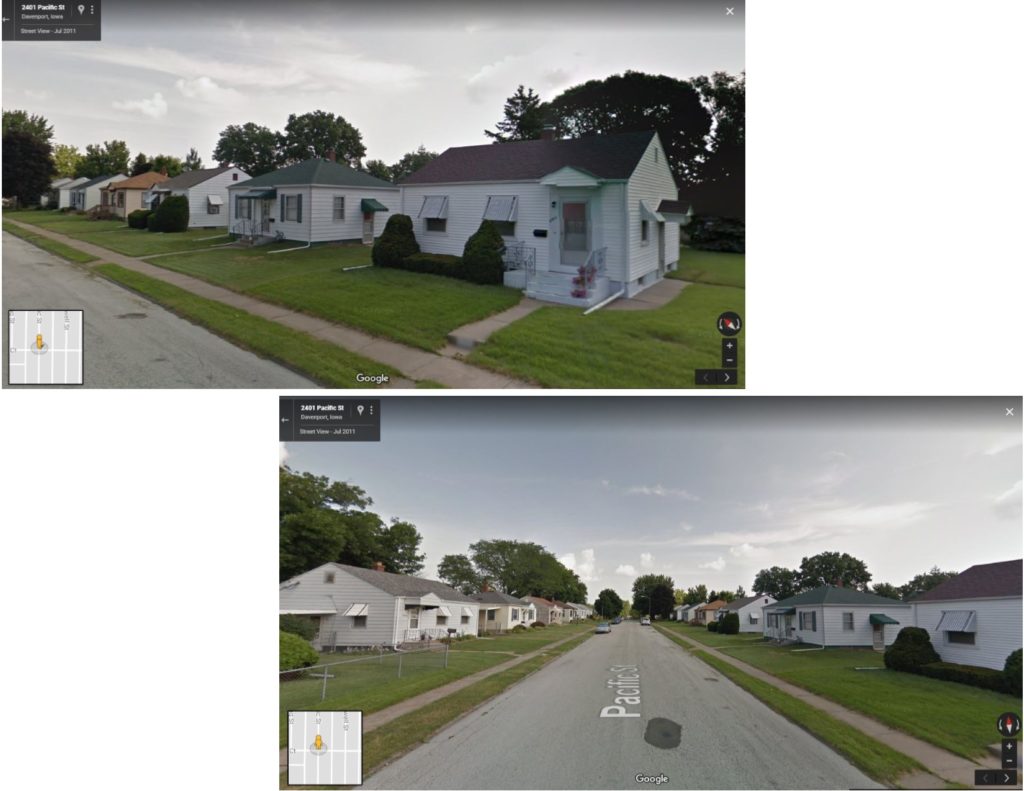 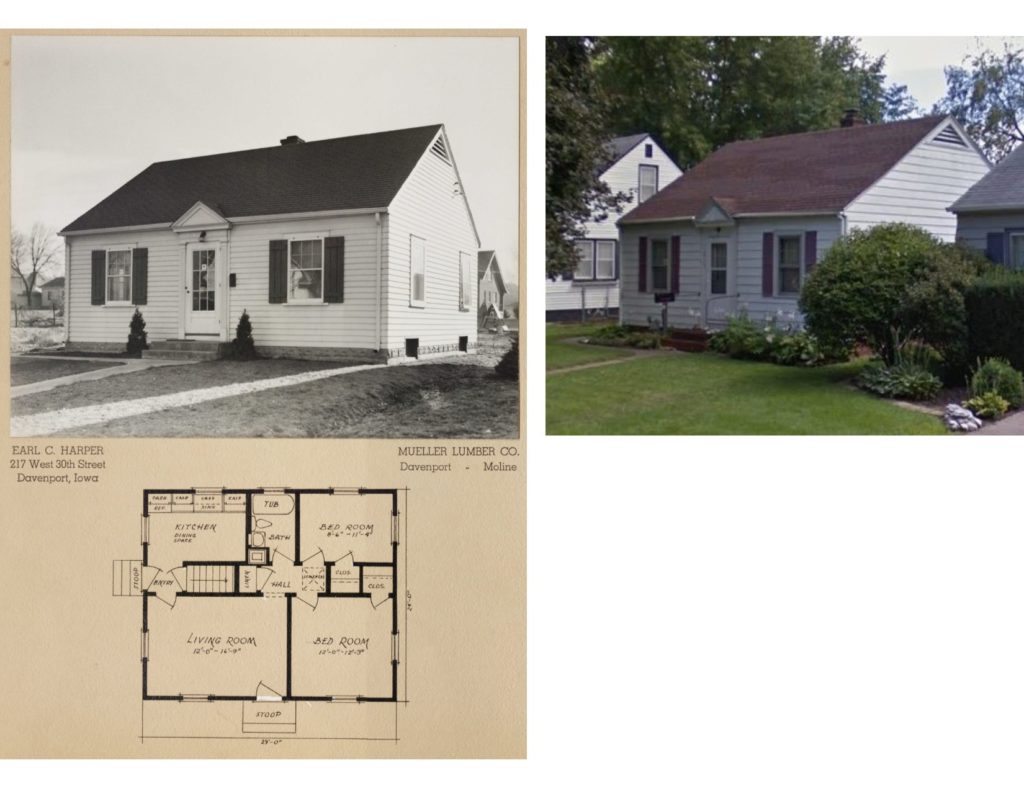 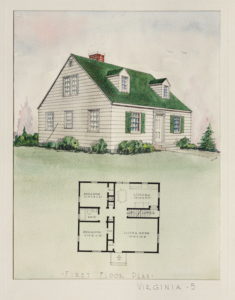 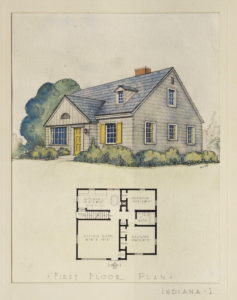 Bad Behavior has blocked 691 access attempts in the last 7 days.