When we learned this week from Jack Cullen’s article in the Quad-City Times that a local couple was “reviving a piece of the past” by installing grape vines on the same site as George L’oste Davenport’s Clifton Vineyard, active in the 1870’s, we were prompted to see what more we could discover about the history of the property and the enterprise.

William K. Haight, describing Scott County activities in the Report of the Secretary of the Iowa State Agricultural Society for the Year 1870, noted that G. L. Davenport,  the “fortunate possessor of Clifton Vineyard” during a season”…particularly favorable for grapes,” was an especially clever winemaker. Using a “machine of his own invention which picks the grapes from the stems and performs all the operations without the necessity of using the wine press,” Haight reported, Davenport was able to produce two thousand gallons of wine. If only we could find an image of this machine or learn more about how it worked!

Thanks to the David Rumsey Map Collection, we do have a sense of how the six thousand grape vines were laid out on Davenport’s estate.  A high-quality reproduction of page 82 of A.T. Andreas’ Illustrated Historical Atlas of the State of Iowa (1875), also shown in the Times article, is now easily accessed online (we do not even need to get out of our chairs to look at one of the 10-plus copies of the atlas held here in the RSSC Center). 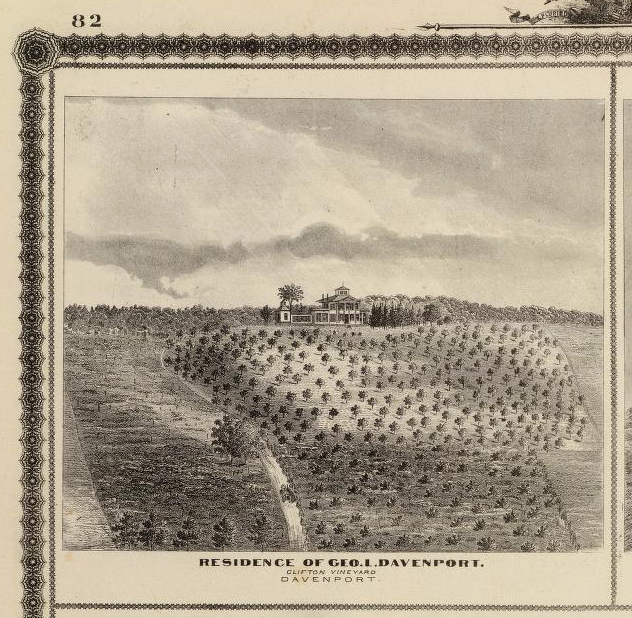 The Rumsey resource allows detailed views such as these: a carriage driving up the bluff past the grapevines and the Davenport house. 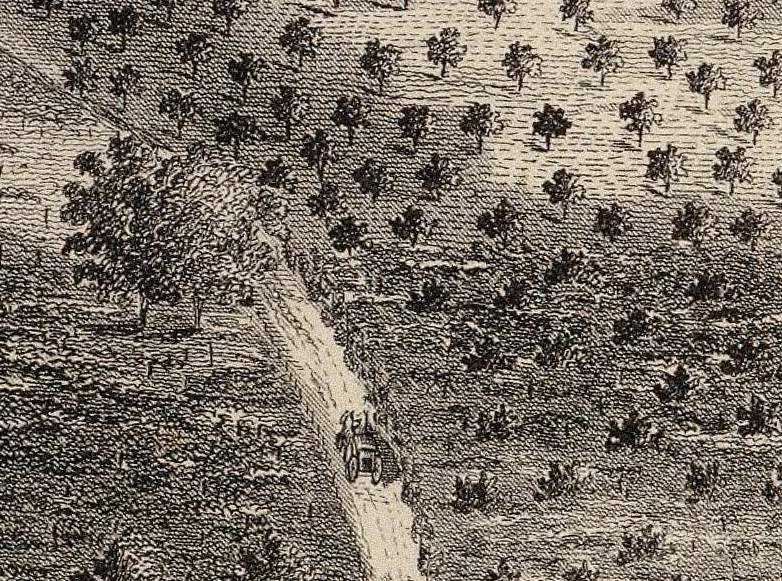 G. L. Davenport is listed as one of the patrons of the Andreas’ atlas, so it is no wonder his home is prominently featured within.

The house itself, known as “Clifton,” was originally built by merchant J.M.D. Burrows in the early 1850’s. This fine example of a “dialogue between the Greek Revival and the Italianate” architectural styles came to the Davenport family via city founder Antoine LeClaire after Burrows was ruined in the Panic of 1857. Apparently the image is reversed in the atlas, so the small hip-roofed building attached by a covered walkway was actually on the east side of the property.

The “South West Quarter of the Map of the City of Davenport, Iowa” on pages 60 and 61 of Huebinger’s Atlas of Scott County, Iowa (1894), also available via the Rumsey Collection, shows that the bluffside property (1533 Clay Street) was still owned by the Davenport family twenty years later. 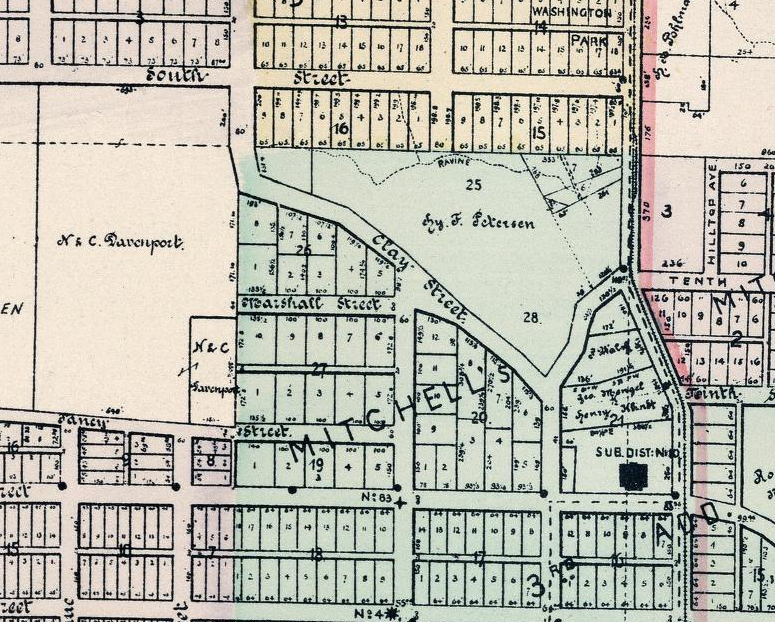 But George L’oste was not the only vintner in Davenport in the post-Civil War period. The Fritz Schmidt family ran Black Hawk Vineyards, also on the west side of town, near Black Hawk Creek. Their operation was larger than Davenport’s, producing nine thousand gallons of wine in 1870.  Also according to the Report of the Secretary of the Iowa State Agricultural Society for the Year 1870, page 523, the Schmidts preferred the Delaware and Norton’s Virginia varieties of grapes, while Davenport considered the “Catawba grape superior to any for wine.”

We must agree with Mr. Haight, the Scott County reporter to the Iowa State Secretary of Agriculture in 1870 that the “…development of any new enterprise, like wine-making, that adds wealth to a community, should be fostered and encouraged” remains true in the present day. Best of luck to the twenty-first century grape-growers on Riverview Terrace!

2 Responses to A L’oste Davenport Vineyard is Found Again