Our colleagues from the Iowa Women’s Archives at the University of Iowa just launched a new website that we’re very excited about!

Migration is Beautiful was unveiled last week at the 2016 League of United Latin American Citizens (LULAC) National Convention in Washington, D.C. Researchers can explore the story of Latinos in Iowa through an interactive map, individual profiles and a narrative history supported by digitized primary source documents. 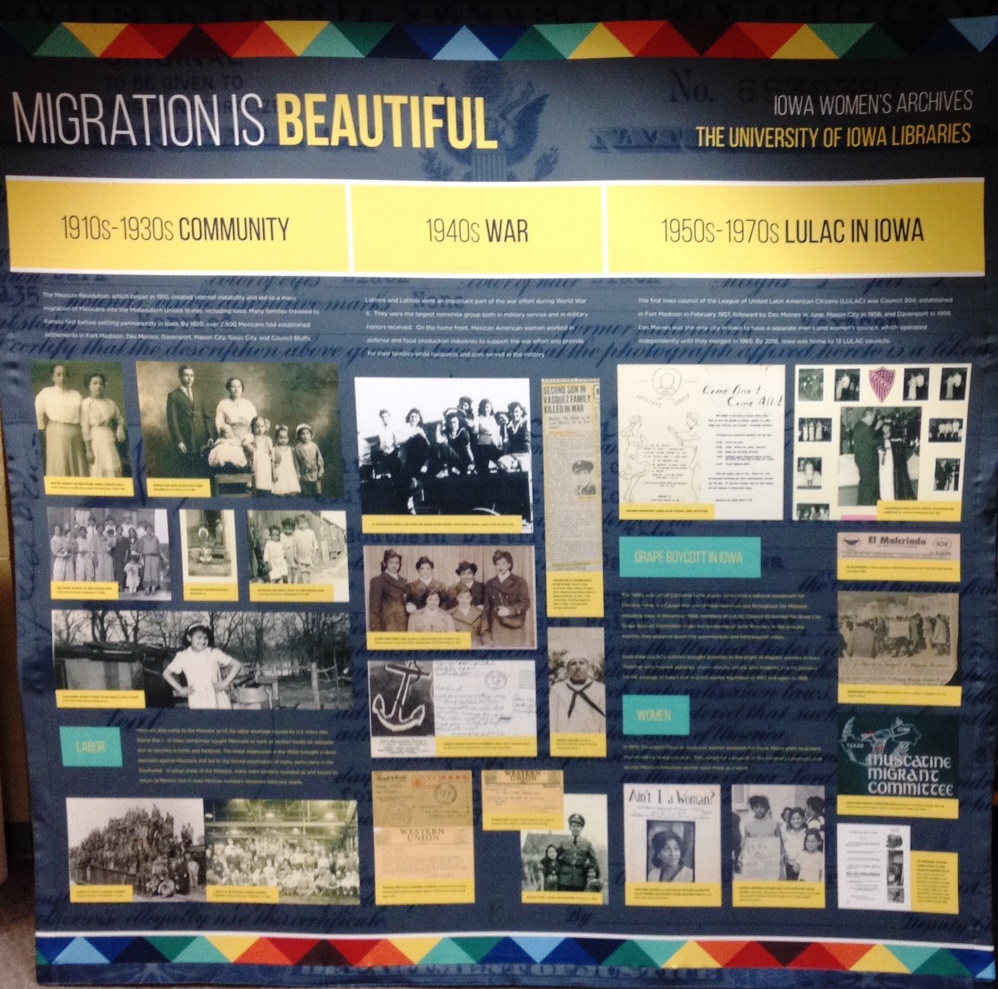 Look under “Topics” to read about and explore resources on local Mexican-American neighborhoods: Cook’s Point in the west end of Davenport, Holy City in Bettendorf and La Yarda in Silvis.

The People section has biographical information on Latinas and Latinos in Iowa, including many Quad Citizens. Each profile includes oral history interviews, family photographs and documents that have been donated to the Archive and digitized for this project.

Browse through all digital content under the Davenport (Iowa) tag to see photos, newspaper clippings and other documents in their collection that relate to this area. You can also browse through other subjects.

The website developed from their Mujeres Latinas Project, which has been collecting primary source materials about the history of Latinas and their families in Iowa. University of Iowa Libraries staff and UI graduate students conducted over 100 oral history interviews and the Archives received donations of letters, memoirs and photographs from people and organizations in the community.

Bad Behavior has blocked 692 access attempts in the last 7 days.