The Early Policewomen of Davenport

On this final day of Women’s History Month, in keeping with the National Women’s History Project’s 2016 theme, we honor Davenport women in public service. Those who worked for the Davenport Police Department over 50 years ago are in our view this year.

A candidate for the job of Police Woman in the 1950’s could expect her character, age, and body type to undergo scrutiny: 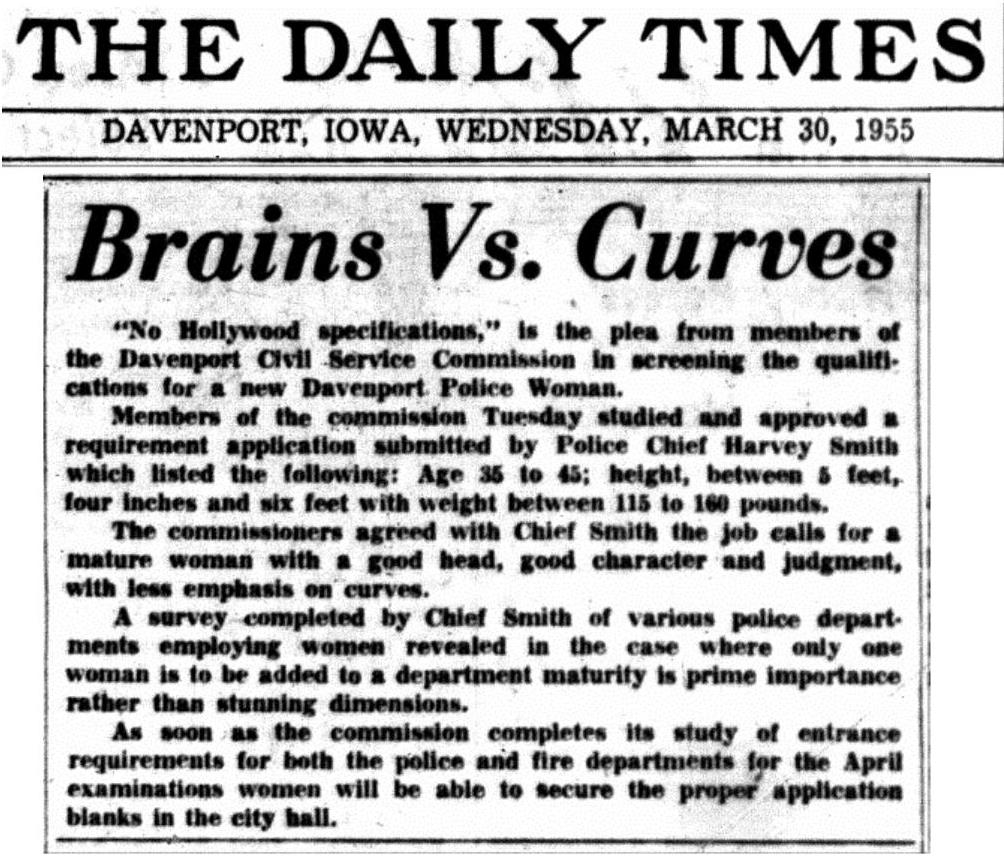 The successful applicant in this case was Davenport native Helen Sohl. While our 21st-century sensibility refrains from passing judgement on her level of attractiveness, it will applaud the fact that she was hired at the same rate of pay as patrolman Ernest Stanley, appointed along with her on July 16, 1955. (1) 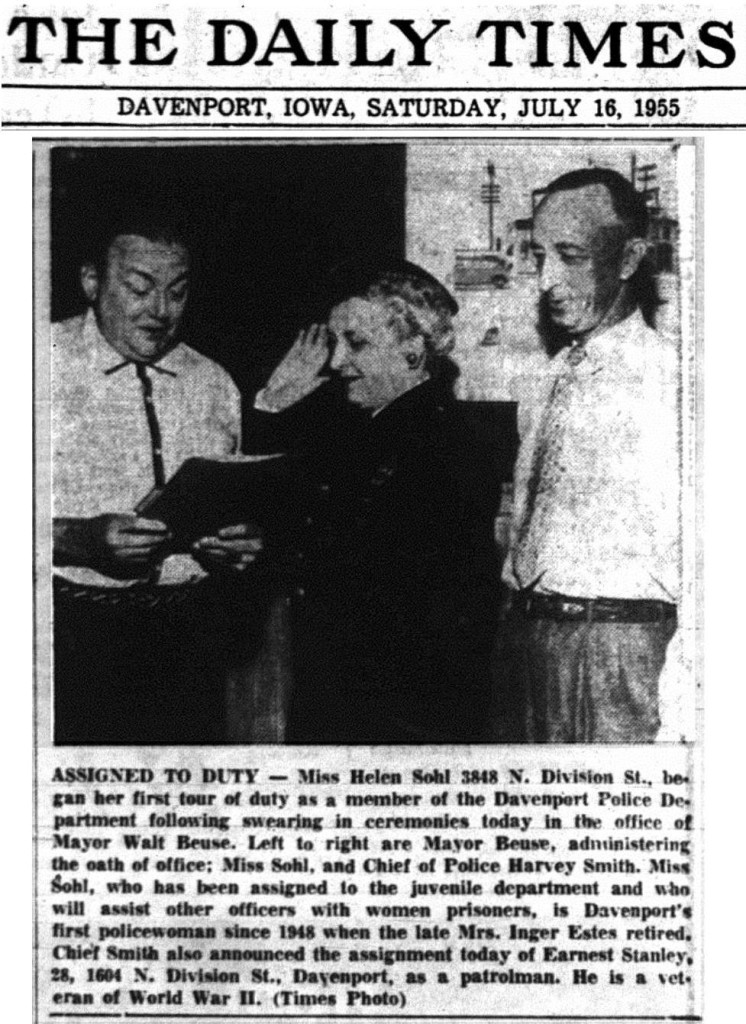 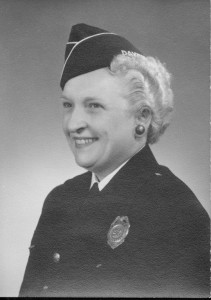 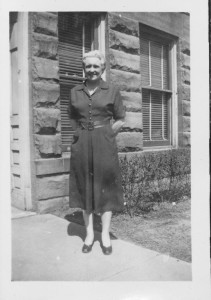 Sohl was the third Police Woman to be hired by the Department. She was preceded by Mrs. Inger Estes and Mrs. Minnie Heim. (2)

Mrs. Heim, a 35 year old widow at the time of her hire, served less than a year — from April 8, 1930 to February 1, 1931. Presumably, her marriage to fellow officer Clarence Niles on December 23, 1930 precipitated her resignation. Her name appears in the Police Roll Call Register for January 1931 as “Heim-Niles,” just below her new husband’s. (3)

Mrs. Inger Estes served the Davenport Police Department from 1922 to 1948 as the city’s first Police Woman.

From 1889 up until the time of Estes’ appointment, only the Police Matron position was held by women. Mrs. Estes was appointed on April 15, 1922 after successfully passing the police examination. (4) The position of Police Matron still existed and was held by Mrs. Tillie Boettcher.

Davenport Police Chief W. H. Claussen described Mrs. Estes’ duties as including the general supervision of dance halls within the city and other police jobs in which a woman was preferred to be involved over a man. (5)

When Mrs. Estes took the position she was 41 years old. She was widowed in 1918 when her husband Howard passed away. Howard had briefly served as a Davenport Police Officer from 1905 – 1906.

The job of a female police officer has changed greatly since Inger Estes, Minnie Heim, and Helen Sohl stepped into their respective positions. One can only imagine what those early days were like as they helped to develop a new area for women in public service.

Bad Behavior has blocked 575 access attempts in the last 7 days.