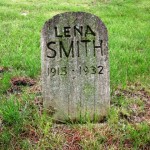 As our regular patron know, one of our Center’s best indexes for early twentieth-century newspaper announcements is the set of Abstracted Names from the Davenport, Iowa, Democrat (SC 977.769 Abs) which covers 1898 to 1946.  This resource was compiled by the Scott County Genealogy Society over several years and is invaluable for locating obituaries and marriage announcements, as well as birth announcements, divorce notices, and other personal news articles.

Later, library volunteers began indexing marriage announcements and obituaries from the 1950s Democrat.  This was invaluable work, but this starting point did leave a gap between January of 1947 and December of 1949.

This may not seem like a long time in the general scheme of things, but it’s remarkable how many of our patron’s ancestors were married or died within that time span! 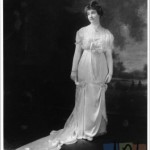 Obituaries aren’t difficult to find, once a death date can be confirmed—which can be tricky, depending on the circumstances.  Marriage announcements, however, are more difficult—unlike obituaries, which are generally two to five days after the individual’s death, marriage announcements could have been published the day of the wedding or several months afterwards.

But, like the first Railroad Bridge across the Mississippi, which filled a crucial transportation gap between east and west, our marvelous volunteers have bridged that annoying three-year genealogical gap between our older and new local newspaper indexes!

They paged through each newspaper and filled many, many legal pads with names, dates, and page numbers.  Then they, or one of our staff, transcribed the data into a spreadsheet, double-checked the information against other records, and uploaded the results to our website.

The information is now available through our Local Index Database on the Davenport Public Library website.

Bad Behavior has blocked 708 access attempts in the last 7 days.