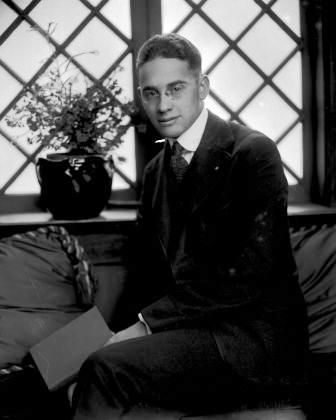 Jackson Edward Hirschl was born near Ogden, in Boone County, Iowa on February 6th, 1890. His parents, Felix and Mary E. (Willi) Hirschl, moved the family to Davenport when he was 2 years old.  He was educated in the Davenport school system and graduated from the University of Illinois in 1914, just one month after war broke out in Europe.

Although the United States would not join the war for almost three years, many assumed that it would happen and many young men chose to enlist in anticipation of defending their country’s allies—one of these young men was Edward Hirschl.

On June 30, 1916, he enlisted with the newly organized Battery B of the First Iowa Field Artillery and was assigned as a scout corporal in the reconnaissance detail when he mustered in at Camp Dodge.  But Mr. Hirschl would not join his fellow soldiers in the Mexican Border Service; one month later, on July 7th, 1916, he was rejected and sent home on a physical disqualification—the Army doctors told him he had a “weak heart”.

The United States Congress declared war on April 6, 1917, and officially entered the War.  It is estimated that 4,734,991 Americans served in that War—Edward Hirchl was not one of them.

J. Edward Hirschl died on Memorial Day, May 30th, 1917, at 2 o’clock in the morning. The official cause of death on his death record was heart disease – “aortic insufficiency”.

But his obituary, published on page 13 of the Davenport Democrat that same day,spoke of his great desire to serve his country, and claimed he died of a broken heart.