A Street by Any Other Name: Kimberly Road 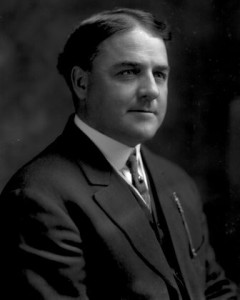 The street known as Kimberly Road in both Davenport and Bettendorf was dedicated on December 14th, 1936.

This road was an extension of U. S. Highway No. 6 and it passed through what at the time was the northern section of the city. The state highway commission provided the funds for the entire cost, which came out to nearly $500,000.  The purpose of the new road was to relieve heavy traffic in the business district of Davenport.

It was decided to name the new street in honor of Iowa State Senator David W. Kimberly,* a resident of Davenport. The city passed ordinance No. 4,019 to that effect on December 15th, 1936.

The dedication ceremonies took place at Fourteenth and State streets in Bettendorf, the ending point of a procession which left from Davenport City Hall and formed at the west end of the new highway. Senator Kimberly’s 16 year old niece, Marilyn Meyer, had the honor of cutting the ribbon.

Also in attendance were Davenport Mayor Merle F. Wells; Bettendorf mayor Gus Sehmann; J. L. Hecht of the Davenport Bridge Commission; Tom Sheridan of the Scott County board of supervisors;  and Irving H. Knudson, H. M. Greene and C. L. McKinnon, all of the Iowa State Highway Commission. City officials hosted a dinner for the esteemed visitors at the Hotel Blackhawk that evening.

*David W. Kimberly was born in Deadwood, South Dakota on August 6, 1878, the son of Amos E. and Mary (Wilson) Kimberly. The family moved to West Liberty, Muscatine Co., Iowa shortly after his birth. He attended the Bryant and Statton Business College in Chicago and married Elsie King of Chicago. He was first elected to the Iowa House of Representatives in 1914 and elected to the Iowa Senate in 1918, where he served until his death on November 11, 1937 at the age of 59.

Bad Behavior has blocked 1089 access attempts in the last 7 days.