The 2008 Women’s History Month theme asks us to honor and recall the originality, imagination and multiple dimensions of women’s lives.

A fine example of this would be 70-year-old Mrs. Mary E. Gensley who received a patent in December 1918 for her “shelf and rack construction” or what the January 15, 1919 Democrat and Leader newspaper described as an “adjustable and reversible bracket”. The newspaper claimed:

“Its uses are many fold, at home or office. It can be used for holding phones, mirrors, stair rails, curtains, towel and linen dryer, pictures, in fact anything that has to be supported from the wall, ceiling, side of house or porch! It will more than likely be put on the market in the near future.”

Hard to know if Mrs. Gensley made any money on her invention, but she certainly had a vision!

To get a better look at this dandy item, go to Google Patent Search and use the search term “gensley” or the patent number 1,286,280. 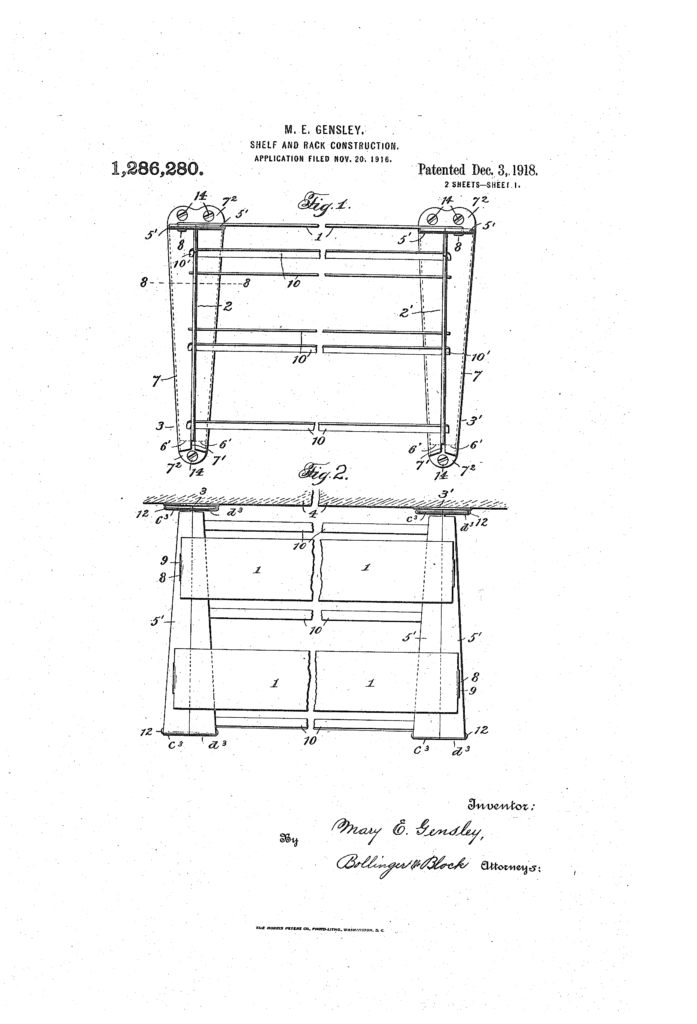 Bad Behavior has blocked 1952 access attempts in the last 7 days.