Come Josephine in My Flying Machine

The above chorus of a popular ragtime song was more than just a pleasant little ditty. The idea of flying took the United States by storm from the 1910s into the 1930s. Local newspapers followed the daring, and often dangerous, adventures of the men and women who took to the sky.

Two Davenport women, Ila Fox and Helen Huntley, added their own individual marks to early aviation history during this time period. In fact, these two women both hold the distinction of becoming the first female pilots to receive licenses associated with the state of Iowa.

How can that be?

Ila Fox was the 25-year-old recreational supervisor for the Lend-A-hand Club when she became the first female in the Quad-City area to fly solo on May 31, 1929. Her much admired performance took place from a local airport in Moline, Illinois. An article on Ila Fox that appeared in the Davenport Democrat and Leader on that day stated that while most students at that time required 20 hours of flying time with an instructor before soloing, Miss Fox was so proficient she flew solo after only 15 hours.

On September 1, 1929, Ila became the first native Iowa woman to receive her pilot’s license after testing at the Moline airport. That same year, she was invited by Amelia Earhart to join an organization founded to promote fellowship and support among female pilots. This group was later named the Ninety-Nines, that being the number of women who accepted the initial invitation in 1929 to join the group. This organization still exists today to promote women in aviation.

Ila later married a man named David Loetscher and after his death in 1955 she retired to South Padre Island, Texas, where she became known as the “Turtle Lady” for her work to care for and preserve sea turtles. She received many awards and honors for her dedication to marine life. Ila’s early contribution to aviation history was not overlooked. In 1991, she was inducted into the Iowa Aviation Hall of Fame. Ila Fox Loetscher passed away in 2000. 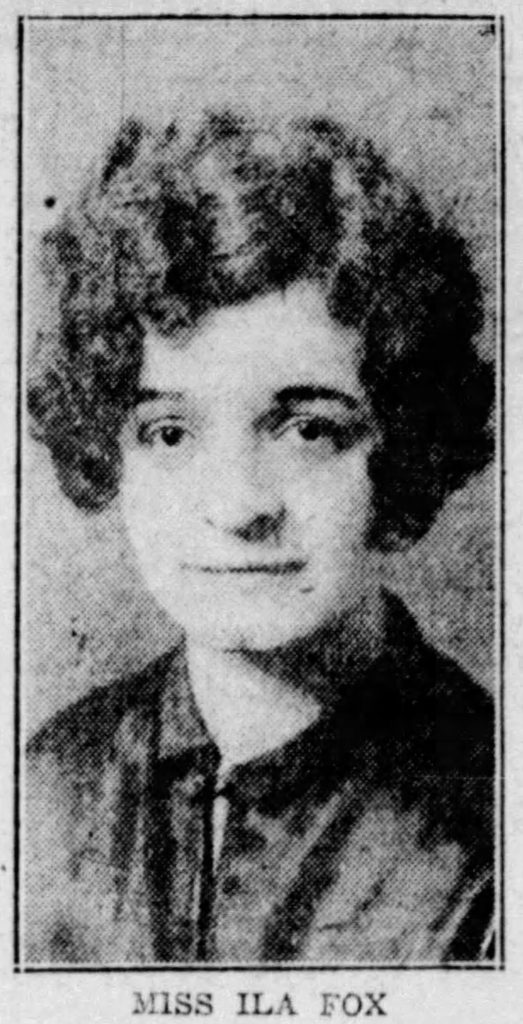 Helen Huntley was 17 years old when she took her first solo flight on June 22, 1929, from Cram Field in Davenport. The Davenport Democrat and Leader of June 23, 1929, reported that Miss Huntley hoped to earn not only her pilot’s license but her commercial license as well. One year later, the same newspaper reported that not only had Helen Huntley received both licenses, but was flying for Rapid Aviation, Inc. in Omaha, Nebraska.   Helen also became popular in the regional “barn storming” air shows. On June 17, 1930, Helen made headlines again when her Aeronca power glider crashed at an air show in Marengo, Iowa. She survived the crash with only a broken arm and a few minor injuries.

Eventually shifting her focus to another developing area in the aviation industry, Helen trained as a nurse, graduating from Evanston Hospital in association with Northwestern University in 1934. Why a nurse? Her goal was to become a stewardess and at that time, flight attendants were required to be trained nurses. Soon after graduation, she went to work for United Airlines. Helen was featured in many of their national advertisements as the only flight attendant in the United States who was also a pilot. This added another local first to Helen’s aviation record: the first Davenport-born woman to become a stewardess.

Helen Huntley married Dr. Donald Brumley in 1939. It should be no surprise that they met when he was a passenger on one of her flights. Helen was so well-known through the United Airlines advertising campaign that her engagement and wedding were mentioned in newspapers throughout the United States. She retired from the airline when she married, but continued to be involved with the nursing profession. Helen Huntley Brumley passed away in 1998.

During the early days of aviation, every step was celebrated. These two women who received their pilot’s licenses only months apart both made history. Ila Fox is recognized today as the first licensed native Iowa female pilot. Her final test was taken at the Moline, Illinois airport. Helen Huntley is recognized as the first female pilot licensed in the state of Iowa, passing her test at Cram Field in Davenport, Iowa.

Both were remarkable women. 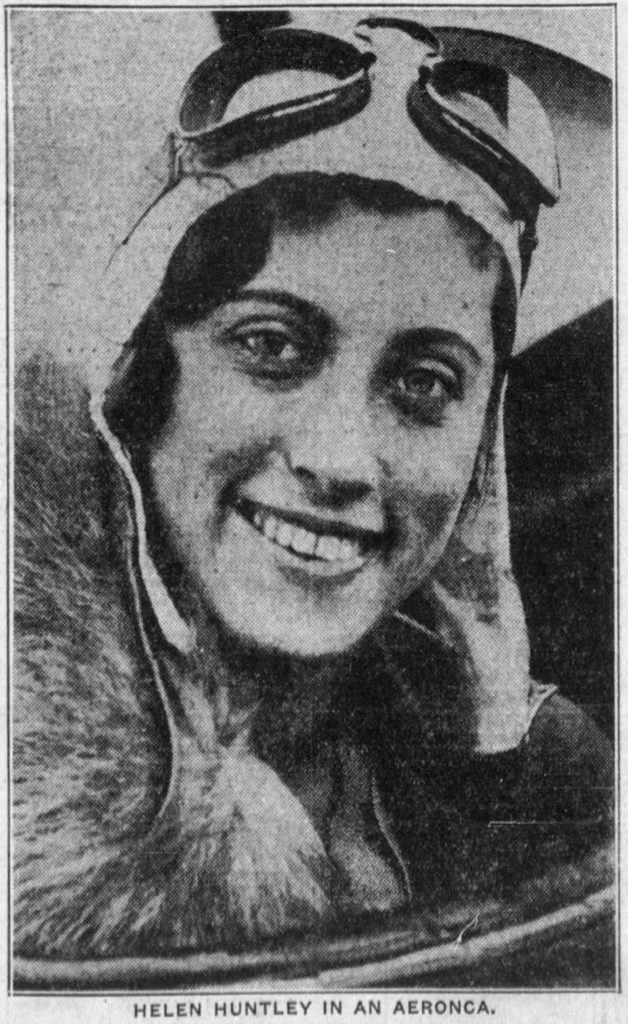