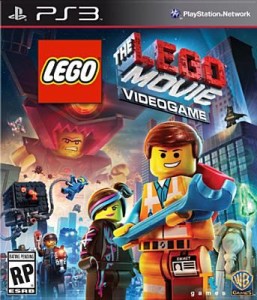 The Lego Movie Videogame lets players act out as Emmet, the main character in the Lego Movie. Emmet’s ordinary, perfectly normal, and rule-following life is completely disrupted when he is mistaken as the Special, the key, the one person who can save the world. People who have seen The Lego Movie will recognize the plot of the movie as being the plot line in the video game as well. After he is seen as the Special, he is thrust in with a group of strangers to help them stop evil Lord Business as he tries to put his evil plans into action.

The Lego Movie Videogame allows two players to play at once as they travel through 15 levels of play. You are also allowed to play as a variety of different characters, but only after that character is introduced into play. Playing as a different character lets you use that character’s specific skill set to help Emmet on his quest. In order to save the world, players build AWESOME creations to defend themselves. Everything is made of Lego bricks and players are transported into the Lego World as Emmet and his friends battle to stop evil Lord Business.

This game is also available for Nintendo 3DS, XBox 360, and WiiU.